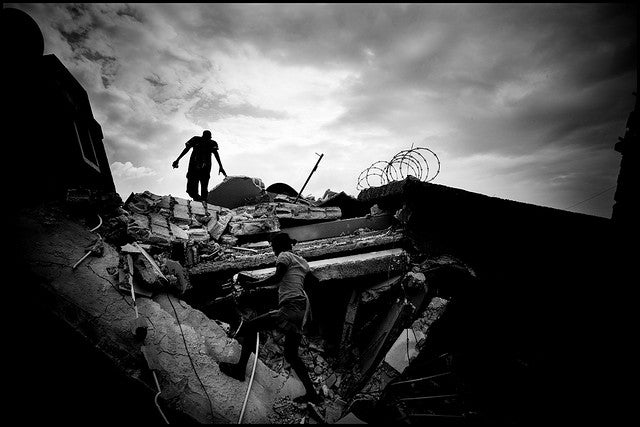 A new report by the United Nations Office on Crime and Drugs shows that homicides in Haiti are on the rise. Still, Haitians could have reason to be optimistic about the country’s future.

According to UNODC’s 2013 Global Study on Homicide, Haiti’s current rate of 10.2 homicides per 100,000 people is more than twice what it was in 2007, but that rate is still half that of neighboring Dominican Republic (22.1 per 100,000) and one quarter the rate in nearby Jamaica (39.3 per 100,000). Plus, about 75 percent of the murders reported in 2012 took place in and around the nation’s overpopulated capital of Port-au-Prince, signaling that most of Haiti is quite safe.

The report suggests a close investigation of the correlation between crime and development could be the key to social and economic success in a place like Haiti. Crime reduction was not one of the UN’s Millennium Development Goals, but over the years, but experts have found that an absence of violence contributes to rapid economic growth. In fact, the report noted that a country needs about 14 years of peacetime to begin seeing that growth.

It is little wonder the case study of Haiti was wedged in with the likes of Iraq, Afghanistan, Sierra Leone, Liberia and South Sudan, all countries whose homicide rates skyrocketed after seeing a formal end to their armed conflicts. In all these post-conflict nations, the criminal justice system has lacked adequate reinforcement, and many citizens have become accustomed to violence as a means of dealing with civil and domestic disputes or past emotional traumas.

Decades of political unrest have weakened Haiti’s rule of law and social fabric in much the same way, and in the past six years, those problems were exacerbated by the global economic crisis, tropical storms, food shortages, and the 2010 earthquake, which leveled much of Port-au-Prince, killed tens of thousands of people, displaced over a million more, and further damaged Haiti’s public institutions.

The silver lining? Since 2010, organizations like the UN, the Inter-American Development Bank, and USAID have been working with the Haitian government to strengthen institutional capacity while promoting more development projects far from Haiti’s overpopulated and crime-ridden urban epicenter. So if most of Haiti’s geography sees but a fraction of its alarming crime rate, continued international collaboration with Haiti in these two areas might just give the country a decent chance at greater peace and prosperity.

Gage is a communications specialist with the IDB and frequently travels to Haiti.