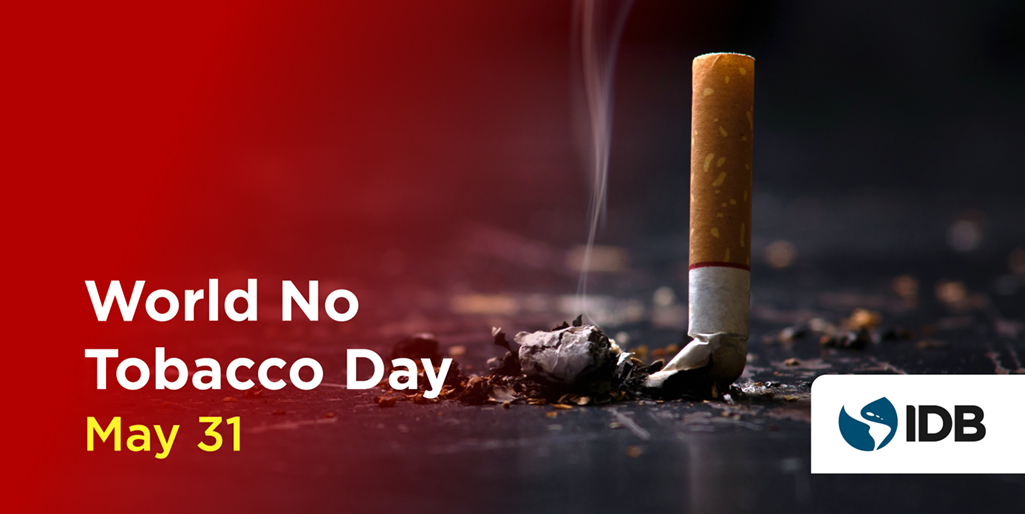 12% of the world’s smokers live in Latin America and the Caribbean. Every year, tobacco use contributes to the growth of non-communicable diseases and causes one million deaths in the region. So if tobacco is the most preventable cause of death, how can countries get their populations to stop smoking?

Too many reasons to say goodbye to tobacco

Some smokers became alarmed during the pandemic when the World Health Organization warned that a person who smokes tobacco is more likely to develop severe symptoms if they have COVID-19. This is because smoking affects the function of the lungs, making it difficult for the body to fight this and other respiratory diseases.

Smoking is harmful to health and causes a high number of deaths, even outside of pandemics. Each year, 8 million people die from tobacco, and one million of those deaths occur in the region of the Americas. More people die from smoking in low- and middle-income countries than from malaria, HIV, and tuberculosis combined. And we say “because of tobacco” because this figure does not only refer to active smokers: of the 8 million people who die annually, 1.2 million are non-smokers exposed to smoke.

Tobacco use is the only common risk factor for the four main non-communicable diseases, responsible for 80% of annual deaths in the region:

In addition, tobacco consumption generates comorbidities such as hypertension in smokers, and those who smoke are 25 times more likely to have lung cancer. On average, smokers live a decade less than non-smokers.

Tobacco: a barrier to development

Numerous studies show how tobacco disproportionately affects vulnerable families, as they face greater difficulties overcoming associated diseases. Yet, paradoxically, according to the Pan American Health Organization, the prevalence of tobacco use increases among the poorest population. For this reason, the UN, in its 2030 Agenda, specifically calls for strengthening the application of the Framework Convention on Tobacco Control (FCTC).

Laws and controls in Latin America and the Caribbean

In the region, tobacco smokers fell from 22.1% to 17.4% in Latin America and the Caribbean, decreasing greater than the world average. In 2018, 19 countries had laws prohibiting smoking in public places and closed workplaces, protecting 48.8% of the region’s population from tobacco smoke. This is the case of Paraguay, which only allows smoking tobacco and electronic cigarettes in open-air places without any food. In addition, 18 countries regulate the labeling and packaging of tobacco products, as is the case of Uruguay.

Raising taxes and other ways to save lives

There are other strategies to reduce consumption, such as the prohibition of advertising and the increase in taxes, although they have less interference in the region. In particular, tobacco taxes are a cost-effective way to reduce tobacco consumption since they discourage consumption and increase public revenues. Furthermore, this public policy can be particularly effective in low-income countries. According to a study, tobacco taxes are good candidates to increase public revenues in a less costly way and require fewer institutional modifications than other tax charges. In 2017, 188 countries had some type of tobacco tax.

Other policies to reduce tobacco use

What policies does your country have to protect you from tobacco? Tell us in the comments below.

Maria Soledad Planes is a Communications Specialist at the Inter-American Development Bank. Previously, she was the coordinator of Strategic Communications at the Social Protection and Health Division. She has a degree in International Relations from the Universidad Catolica Argentina, a Master in Political Communication from the University of Santiago de Compostela and a Master in Public Policy Management from Georgetown University. She has experience in the local and federal public sector and was a university professor in various Argentine institutions.