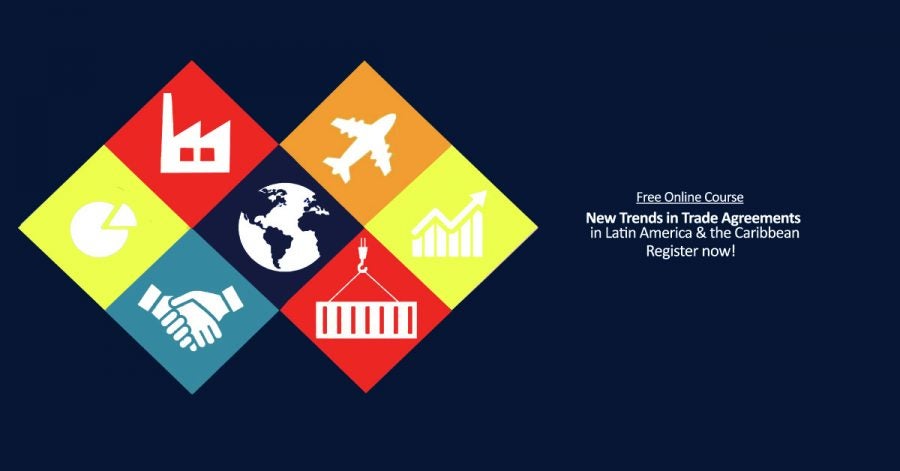 Trade agreements cover 70% of all trade in Latin America and the Caribbean (LAC). Of the 270 free trade agreements (FTAs) currently in effect around the world, more than 70 include LAC countries.

1) Trade has enormous potential for economic development and poverty reduction.

Latin America is a recent example of this success: it took advantage of high commodity prices to boost economic performance and generate higher-paying jobs. The region experienced a period of strong growth, with significant progress in its economic and social indicators, largely driven by international trade. Trade liberalization, particularly generated by the multilateral reduction of tariffs and facilitated by the growing number of regional trade agreements, served as a catalyst for those trends. As China’s economic growth slowed, the commodity boom ended, leaving recession and slow growth in many LAC economies. Why, though, in this context, are some LAC countries pursuing further trade liberalization, such the FTA between Argentina and Mexico that has been announced for 2017 and the FTA negotiations taking place between Colombia and Japan?

2) It is crucial to assess the impact of trade and design optimal strategies for implementing existing agreements.

Rules of origin, for instance, set out the conditions under which an importing country considers a product to have originated in an exporting country that receives preferential treatment. These rules are often restrictive and vary not only by product, but also by agreement, complicating trade for companies and other actors involved. It sounds technical and it is, up to a point, but if you really want to understand trade agreements, rules of origin are the issue you need to crack.

3) Issues behind the border affect trade.

Some issues in business processes are essentially internal to countries — such as the liberalization of trade in services, the elimination of barriers and the establishment of mechanisms to protect foreign investors, competition policy and government procurement, and labor and environmental standards. Did you know, for example, that LAC countries that have signed an FTA with the US have substantially more average number of labor inspectors and inspections compared to those countries that have not signed one?

It is essential to address these issues to create an enabling environment for companies to participate in regional or global value chains — something the IDB has described as “Synchronized Factories.” In the past two decades, international trade has undergone a fundamental change in these processes: production has been fragmented globally with a clear trend towards the geographical separation of the different activities involved in the production of a good or provision of a service before its final delivery to the consumer. Trade in intermediate goods now accounts for half of world trade. Don’t you think we need to know more about this new phenomenon brought about by innovation and smart technologies?

Some pioneering agreements already address intellectual property rights, electronic commerce, and state-owned enterprises (SOEs). These issues have become increasingly prominent in the latest generation of agreements. Why? Do you think SOEs should be given the same treatment as private-sector companies in international trade? The bilateral agreements between LAC countries and the United States, for example, all include provisions that regulate e-commerce because it is changing the nature of how we shop and trade internationally, which also has implications for customs.

5) Recent economic and political developments open up new scenarios for the future of trade agreements.

The emergence of megaregional agreements and the likely accession of other economies to them open up new scenarios and possibilities for trade agreements, including economies of scale and joint production networks with higher value-added activities, but the potential benefits of these agreements like the TPP or TTIP have also brought skeptics and detractors.

But to make the most of trade and trade agreements in LAC, complementary policies are needed to lower trade costs, such as upgrading transport and logistics, facilitating trade and making it more secure, and overcoming information barriers through export promotion. Such policies are particularly important for fostering SMEs so that they can thrive as the next generation of exporters in the region.

The IDB’s MOOC will address these and other key issues in trade agreements.

Join us if you want to know more and have an authoritative, balanced opinion on trade agreements at a time of heightened debate on the benefits of trade.

The course brings together leading international academics, analysts and policy-makers, is free of charge, starts on October 25, 2016, and lasts six weeks. For more information, click here. See you on October 25.