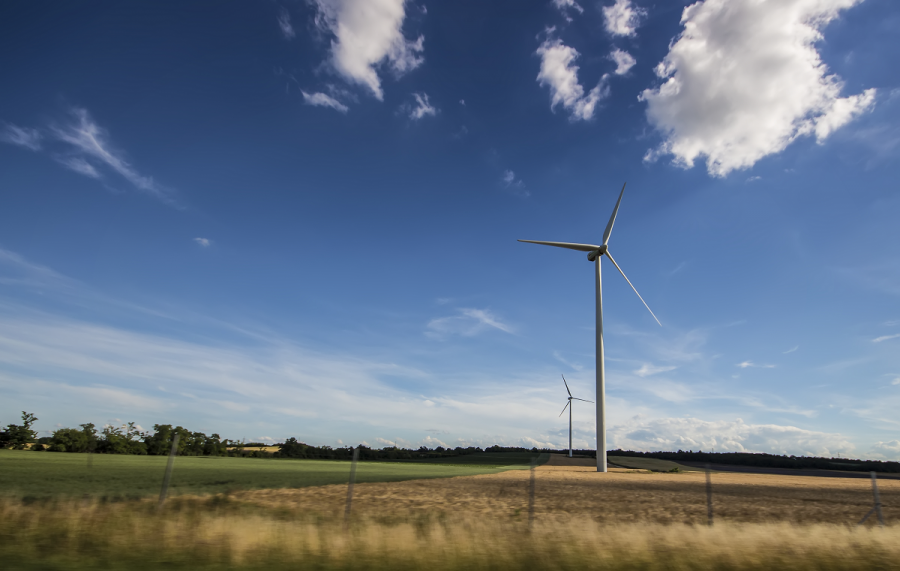 You don’t need to be an expert on the matter to accept this fact: scientists around the world have warned us at length about global warming, although many people strive to deny it. Farmers in Paraguay, people living in the Peruvian jungle, and beekeepers in Argentina have all noticed how unpredictable the weather has become. Mother nature seems to be angry with us, especially in Latin America, which is the region that most suffers the impacts of climate change despite only being responsible for 5% of global CO2 emissions.

Motivated by concern over this, the countries in the region were parties to the Paris Agreement, which was reached at the 21st Conference of the Parties to the United Nations Framework Convention on Climate Change (COP21) and entered into force shortly before the 22nd conference (COP22), held in Marrakech. The big question is how to go about generating energy in a way that is clean and sustainable, as it has been proved that human activity is one of the main causes of global warming. We need to focus on solutions that will help us to decarbonize energy production and create more efficient consumption patterns.

Economic development and wellbeing in Latin America and the Caribbean are directly related to the impact of our energy use, as the Paris Agreement revealed. Now more than ever, we need to invest more in R&D and forge cooperation agreements that allow smooth technology transfers from more developed countries to those with fewer advantages. Will technology be able to reduce CO2 emissions? From incremental improvements to existing technologies to radical new breakthroughs, this article looks at some of the ideas that are on the table today.

Solar and wind power have become key sources of clean energy. However, intermittency (the fact that the wind doesn’t always blow and the sun doesn’t always shine) means that these sources only play a role in many countries.

To solve this problem, the US company Xcel Energy has developed software that uses artificial intelligence to process data from the country’s satellites, weather stations, and wind farms. This provides them with extremely precise wind and sun forecasts which in turn enables higher proportions of energy from these renewable sources to be used more efficiently and at lower costs.

The Californian company Makani has come up with a novel technology, still in the testing phase, that is attempting to harness wind power at an altitude where the wind blows stronger and more steadily throughout the year. Their kite-like airborne wind turbine can capture wind power at high altitudes. Its main advantage are its low investment and maintenance costs, which could make it a potentially useful solution for countries that have ample wind resources but lack the capital to set up wind farms. The Makani system would also improve the distribution of energy generation, which is another challenge that wind power is currently facing.

Our planet is getting too small for us and we don’t need to develop all our solutions within its limits. So says the National Space Society, an independent organization based in the United States that suggests space-based solar energy production could solve emissions problems and provide the ultimate solution to climate change.

Photovoltaic panels on satellites in geostationary earth orbits could capture the sun’s energy and transmit it wirelessly to the earth. Technology could thus help overcome solar energy’s main shortcoming, which is intermittency, caused by cloud formation in the atmosphere or night time.

Although nuclear power gets a lot of bad press, its advocates argue that it would allow us to drastically reduce our emissions of pollutant gases in energy production. Developing minireactors or small power plants with a capacity of less than 500 MW is an attractive option due to low initial costs, shorter construction time, and less impact on the electricity grid.

This would allow carbon-free nuclear energy to be developed at a lower cost and with greater flexibility for supplying remote areas where other renewable energies are not appropriate. Argentina has developed an innovative reactor known as CAREM (link in Spanish) (Argentine Modular Power Plant), which includes next-generation safety mechanisms and technology and a capacity of 25 MW, which could supply energy to 100,000 inhabitants.

Although batteries are not a technology for generating carbon-free energy, they are a vital part of the fight against climate change. Their main advantages include the possibility of increasing the coverage of intermittent renewable sources such as photovoltaic and wind power; postponing investment in the costly infrastructure needed to cover peaks in demand during times of the year when supply is limited; and favoring the consumption of clean energy in electrical vehicles.

The multifaceted technology entrepreneur Elon Musk surprised the world when he unveiled his rechargeable lithium-ion batteries for use in homes and small industries. These are relatively easy to install, affordable, and attractively designed and thus will allow homes and small industries to use energy more efficiently, using renewable sources and sidestepping the intermittency problem.

Another interesting technology has been developed at Harvard University: an organic redox flow battery that would be able to store electric energy at a low cost and for longer periods of time than other technologies.

Technological innovation in batteries has accelerated in recent years as they are an excellent way of supporting the development of more long-term renewable energies while solving other problems, such as the development of the electrical transportation industry.

Planting trees and creating energy from renewable sources is a long-term solution. In the short term, however, we need disruptive technologies that will help to reverse the damage that has already been caused. Global Thermostat’s technology consists of building low-cost plants and factories that use heat to capture carbon dioxide (CO2) that is then reused for industrial purposes. Another option is bio-energy with carbon storage and capture (BECCS), which entails growing trees or other types of biomass, burning them to generate electricity, and then burying the CO2 captured during the burning process.

Each year brings new technologies that promise to solve the problem of climate change in the near future. However, some of these are so controversial that they could even endanger the very existence of our planet.

The aim of controlled volcanic eruptions is to cover the stratosphere with sulfur particles that would block part of the radiation that reaches the earth, thus boosting its cooling properties. However, the use of such techniques without clear evidence of their effects is potentially extremely dangerous: one of the theories that explains the extinction of the dinosaurs argues that it could have been caused by the eruption of a volcano that released enormous quantities of sulfur particles which led to the earth cooling so much as to make it intolerable for some life forms.

According to expert at Harvard University, we could fight climate change by spraying thousands of tons of diamond dust and aluminum oxide into the stratosphere. These particles would reflect the sun’s rays and prevent them from reaching the earth, thus cooling it. Although the idea of using diamonds sounds like madness, advocates of this technology insist that diamond dust would not be especially costly as it costs just US$100 per kilo (considerably less than cut diamonds).

Everyone from NASA to European Union researchers have been looking at the idea of installing a giant space sunshield that would provide shade for certain regions of the earth and thus prevent the warming caused by climate change.

Floating housing in Colombia (link in Spanish), biochar production in Mexico (link in Spanish), and mini wind turbines in Argentina are other examples of the region’s commitment to fighting climate change. The INTAL/Latinobarómetro 2017 Report found that 49% of the region’s population is willing to pay more for environmentally friendly products. Initiatives like the Breakthrough Energy Coalition, led by billionaires such as Bill Gates (Microsoft), Jeff Bezos (Amazon), and Jack Ma (Alibaba) are signs that government efforts alone are insufficient. More than ever, we need greater collaboration between the public and private sectors and more regional integration.