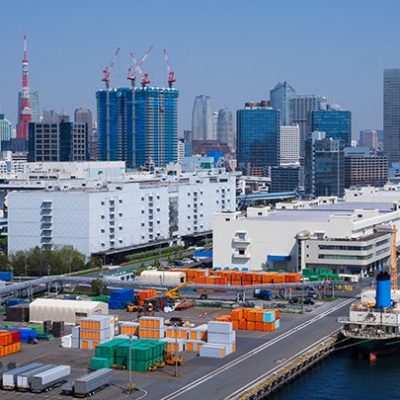 From the perspective of Latin America and Caribbean (LAC) trade, the first decade of the 21st century was all about Asia. Driven by China’s strong growth and soaring demand for natural resources, trade between LAC and Asia grew at an annual average rate of 24 percent between 2003 and 2011. However, this once-dynamic relationship has now encountered serious headwinds. Trade decelerated sharply after 2012 and fell by a full 7 percent last year, amid a slowdown in global growth and weak commodity prices.

This current scenario provides the region with a challenge and an opportunity. Clearly, governments must be proactive in order to kick-start economic relations with Asia. In doing so, they also have a chance to address some of the tensions and imbalances that arose during the initial trade boom, which featured an overwhelming commodities-for-manufactures pattern.

In thinking about the future of LAC–Asia ties, it is helpful to look back at the evolution of the region’s economic relationship with an often-overlooked Asian power: Japan.

A new publication by the Integration and Trade Sector (INT), “A Virtuous Cycle of Integration: The Past, Present, and Future of Japan–Latin America and the Caribbean Relations,” does just that. The report, which will be presented at the 2016 Japan–LAC Business Forum, highlights several ways in which the region’s experience with Japan may hold lessons for its relationship with Asia moving forward.

For starters, Japan has a long history of engagement in the region, a fact underscored by the fact that this year is the 40th anniversary of its IDB membership. Beginning in the 1960s, trade between Japan and LAC experienced a sustained boom, driven by Japanese demand for natural resources and the competitiveness of its manufacturing products in LAC markets. Over the course of a half century, the pattern of trade has followed this basic commodities-for-manufacturing pattern, with LAC’s exports concentrated in a handful of mineral and agricultural products.

While many observers have worried about precisely this feature of the region’s trade with China, the Japan-LAC story shows that the commodities-for-manufacturing exchange need not be cause for despair. As the report details, the initial trade boom was followed by important foreign direct investment (FDI) by Japanese firms in LAC. While initially targeting natural resources, FDI later diversified into manufacturing and services, especially from the 1990s onward.

The presence of world-class Japanese firms in sectors ranging from automobiles to IT and clean energy brings cutting-edge technology, managerial know-how, and high-skilled jobs to the region. It also boosts LAC’s manufacturing sectors in ways not captured by bilateral trade statistics. First, many of Japanese manufacturers use LAC investments to sell to third markets, directly increasing the region’s exports. In addition, the presence of major Japanese producers in large LAC economies has created new opportunities for neighboring countries to provide inputs, spurring nascent regional production chains. Finally, Japanese investment in LAC is likely linked to another feature of bilateral trade: the growing share of intermediate goods in LAC’s manufacturing imports from Japan. These products serve as key inputs for LAC-based production processes, potentially enhancing the competitiveness of domestic producers.

For all these reasons, the distribution of benefits across sectors is more complex than it seems at first blush. The interrelationships between trade and investment flows and their evolution over time have consistently opened up new, often unexpected opportunities for the region. A good example of this, one that is highlighted in the report, are the Japanese auto parts producers that have recently invested in countries such as Paraguay and Nicaragua in order to supply Japanese carmakers based in Brazil and Mexico, respectively.

However, these opportunities did not always arise organically.

Government-to-government cooperation has been a key factor driving the relationship forward and helping uncover new opportunities for the private sector.

While there are countless of examples of such initiatives, several stand out. Japanese and Mexican public agencies have cooperated extensively to help local Mexican firms become suppliers for Japanese carmakers, developing a database of local providers and providing capacity building to help SMEs improve productivity and management practices.

In addition, the Japan International Cooperation Agency (JICA) has helped LAC counterparts launch trademark export success stories such as Chile’s salmon farms and soy production in Brazil’s Cerrado region, exploiting technological innovations to boost productivity and add value to natural resource sectors. Despite these successes, governments on both sides could be doing more to boost trade by addressing the various tariff and nontariff barriers that still dampen trade, particularly in areas such as processed foods and animal products where LAC has considerable export potential.

These last examples underscore a final lesson to be drawn from the Japan–LAC experience. The strong interest that Asian economies have in the region’s natural resource sectors is not necessarily cause for suspicion. In the case of Japan, investors in mining and energy in LAC have contributed to the development of surrounding infrastructure and helped enhance energy efficiency in their operations, often with support from Japanese government agencies.

As natural resource sectors offer increasing opportunities for innovation and adding value, Asian governments and firms can help the region unlock new comparative advantages and make the most of its abundant resource endowments.

As LAC contemplates its future relationship with Asia, it is worth keeping these lessons from Japan in mind. First, the linkages between trade, investment, and cooperation have diversified the economic relationship and yielded unexpected gains. Second, this diversification has occurred even as overall bilateral trade continues to be characterized by commodities-for-manufacturing trade. Rather than worrying about this pattern, LAC should focus on the growing opportunities to add value to its natural resource exports. Finally, proactive and strategic government actions are needed if LAC is to make the most of economic integration with Asia. This is especially true now that the easy gains of the commodity boom are a thing of the past.