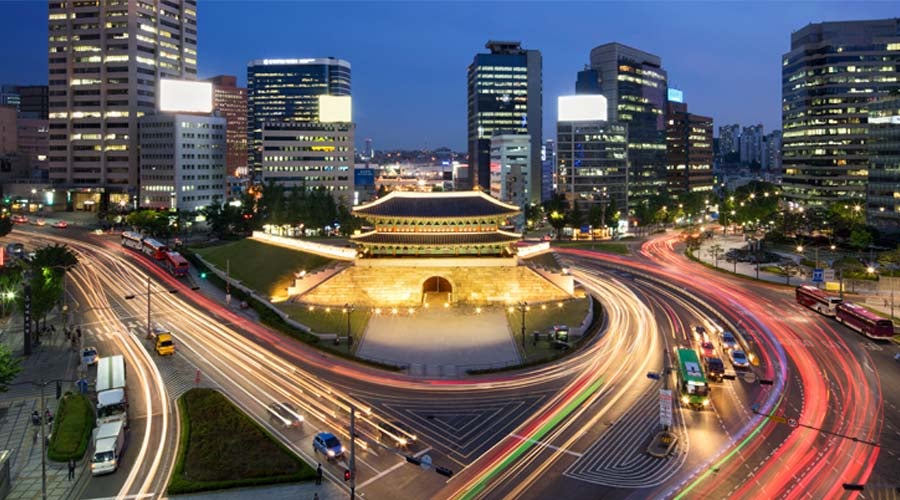 [gdlr_notification icon=”icon-flag” type=”color-background” background=”#fbb034″ color=”#ffffff”]The most important business forum between Korea and Latin America and the Caribbean was held in Seoul on October 23 and 24. Inter-American Development Bank authorities, the Ministry of Strategy and Finance, the Korean Trade and Investment Promotion Agency (KOTRA) and Eximbank participated. For the 4th time, the Integration and Trade Sector brought together more than 700 participants in Korea. More than 1000 business meetings were held and 95 Latin-American companies attended. Click here to learn more about Korea-LAC 2017[/gdlr_notification]

Anyone looking to understand economic relations between Latin America and the Caribbean (LAC) and Asia should consider the following three questions. Where in Asia does LAC export the most manufacturing goods (as a share of total exports)? Which Asian economy has the most free trade agreement (FTA) partners in Latin America? Which Asian country directs the greatest share of Foreign Direct Investment (FDI) in LAC to manufacturing?

The answer to all three is Korea.

These points underscore the fact that Korea has emerged as a strategic partner for trade, investment, and cooperation with LAC over the past decade and a half, something often overlooked amid all the focus on China. A new Inter-American Development Bank (IDB) report, “Korea: New Frontiers in the Asia-Latin America Relationship”, gives the Korea-LAC relationship a much-deserved closer look.

Beginning in the early 2000s, Korea and LAC experienced a rapid surge in bilateral trade, which increased by an annual average of 21 percent from 2003 to 2011, due to strong factor complementarity, an epic commodities boom, and rapid growth in China and the rest of Asia. LAC’s exports to Korea mainly consist of raw materials such as metals, petroleum, and basic agriculture goods, while the region imports a more diversified range of manufacturing goods.

Since 2012, however, trade with Korea plateaued and has contracted since 2014—reflecting the end of the commodities supercycle and slower growth in both regions—again mirroring broader trends in Asia-LAC trade.

However, the LAC-Korea story also has several distinct characteristics.

First, even within the broad commodities-for-manufacturing pattern of trade, LAC has consistently exported a larger share of manufactured products to Korea (22 percent for the years 2013-2016) than to China (17 percent) or Japan (20 percent). These manufacturing exports comprise a combination of natural-based exports such as processed foods, refined metals, and petroleum products, as well as more high-tech goods such as telecommunications equipment, vehicle parts, and medical instruments.

As a result of this greater success exporting manufactured goods, the region’s overall export basket to Korea is more diversified than is the case for China or Japan, although still less so than exports to the United States and Europe.

Another distinguishing feature of the LAC-Korea relationship is that the mid-2000s trade boom was followed closely by a sharp uptick in FDI from Korea into LAC—driven overwhelmingly by the manufacturing sector, which has accounted for over 80 percent of the $14.1 billion in total inflows of Korean FDI since 2003. Importantly, this investment has remained strong in recent years, averaging $1.7 billion a year between 2011 and 2016, despite the decline in trade.

A third way the Korea-LAC relationship goes beyond commodities-for-manufacturing trade is the robust government-to-government cooperation agenda, which has complemented and helped deepen trade and investment ties.

On the one hand, Korea has been a leader in establishing FTAs with LAC, signing the first LAC-Asia FTA with Chile in 2003 and in recent years expanding its FTA network through deals with Colombia and five Central American countries, while also deepening engagement with regional blocs such as the Pacific Alliance.

Nor is cooperation limited to trade agreements.

Korea has carried out a range of knowledge-sharing, capacity building, and other technical cooperation programs spanning topics such as smart cities, promotion of SMEs, and adjusting to the digital economy, among many others. This type of proactive and forward-looking policy effort will be crucial to maintain the momentum of Korea-LAC relations in an uncertain global environment.

First, there is the challenge of reigniting trade and continuing to promote diversification of the region’s exports to Korea. Achieving these goals will require addressing lingering trade policy barriers such as non-tariff barriers and regulatory obstacles, as well as enhancing physical connectivity to reduce transport costs between the distant economies.

In addition, both sides should look to promote Korean investments in research and development and innovative service sectors to complement the traditional manufacturing and assembly operations that make up the bulk of Korean FDI.

In an ideal future, Korean firms in the region will not just be producing cars but also designing the software that runs them.