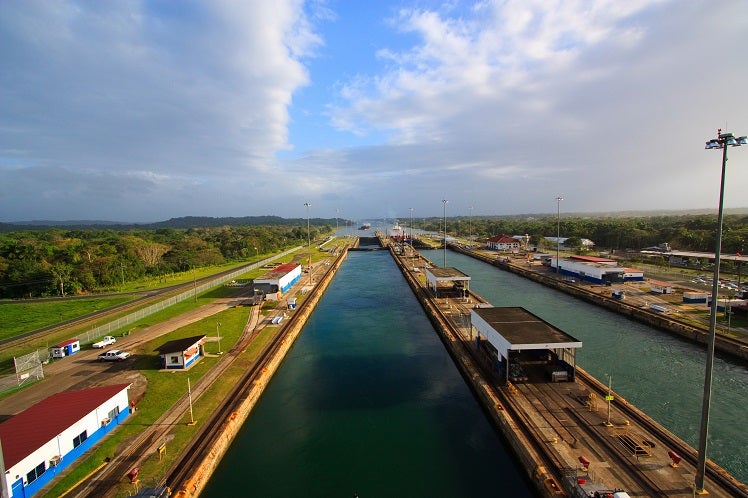 When people talk about integration in Latin America, the discussion is abuzz with talk of the Pacific Alliance (PA), an integration initiative among Chile, Colombia, Peru and Mexico that has become a model of a modern approach to regional integration. Not only has the PA removed traditional trade barriers — the group eliminated tariffs on 92 percent of traded goods and harmonized rules of origin (ROOs) — it also tackles “21st-century” trade topics like trade facilitation, financial integration, and electronic commerce, and is working with extra-regional partners to cement valuable economic relationships.

This is commendable work given the current economic environment in the region, and the difficulty countries have had in the past designing and implementing integration initiatives. But what about the rest of Latin America? What can the region as a whole do to strengthen intra-regional economic ties and boost its competitiveness in the global arena?

This was the topic of a recent event hosted by the Brookings Institution. The head of the IDB’s Integration and Trade sector, Antoni Estevadeordal, led a panel of trade specialists and government representatives from Argentina, Brazil, Costa Rica, Peru and the United States in a discussion on how the region can work together to promote trade and integration in a coordinated manner that does not involve the politically tricky task of negotiating a formal trade agreement.

The idea put forward was to build upon the existing trade architecture and use targeted policies to promote convergence among existing FTAs and improve their functionality.

To do this, Ernesto Talvi and Antoni Estevadeordal propose forming a Trans-American Partnership (TAP) where countries would work together to:

This approach would address one of the biggest impediments to trade in the region: very high costs of doing trade. Indeed, one of the main challenges in the region, as Costa Rican Vice-Minister of Trade Jhon Fonseca explained, is how to reduce costs for companies so that they can increase their market access, boost productivity, and ultimately generate more investment and jobs for the region.

The TAP would help reduce the costs associated with trade by replacing the patchwork of ROOs with a single ROO regime, and implementing trade facilitation measures to standardize and harmonize customs operations in the region. The creation of a single ROO regime would allow firms in any country to use materials from any of the other countries without jeopardizing preferential access, which would remove a major barrier to intra-regional trade and facilitate the formation of supply chains. The implementation of trade facilitation measures would coordinate customs operations in the region, which would make the movement of goods across borders and throughout the supply chain much more efficient and cost-effective.

Beyond just increasing intra-regional trade, a coordinated strategy like the TAP would help Latin America boost its competitiveness in the global economy and drive growth. This is now more important than ever since the region is facing stagnant export growth, sustained lower commodity prices, and waning demand from its main customer, China. As United States Deputy Undersecretary for International Trade Kenneth Hyatt noted, it is important for the region to find practical solutions and develop a broad agenda with a pragmatic orientation that will add value.

Focusing on improving trade ties is a good way forward. As Peru’s Minister of Commerce, Foreign Trade, and Tourism Magali Silva said, free trade creates more jobs and brings more people into the global economy. This is exactly what the TAP aims to do.

Rather than starting from scratch, the TAP provides a platform to scale up existing subregional efforts.

This type of incremental work is “paving the way to building blocks” for greater initiatives in the future and “helping the whole region in order to think again about an Americas-wide initiative.”

Now is a good time to starting thinking about a regional initiative like the TAP, and the discussion at the Brookings indicated that countries are ready. For example, Brazilian Secretary of Foreign Trade Daniel Godinho noted that Brazil recently launched a national exports plan with a goal to increase Brazil’s participation in global value chains, but noted that Brazil cannot achieve this goal without having strong regional value chains. He named trade facilitation as the most important topic to tackle regionally in the short run.

Similarly, Argentina’s Secretary of Commerce, Miguel Braun, emphasized Argentina’s readiness to re-engage constructively with other countries in order to deepen intra-regional trade. If countries are serious about reinvigorating the region and using innovative means to stimulate economic growth, they must work together. A coherent regional strategy that explicitly works both to deepen integration among FTA-linked countries and to maximize connectivity with non-FTA-linked countries is the best way forward.