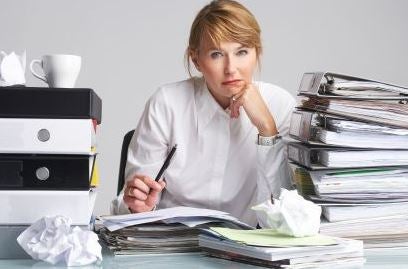 Men and women are different. That’s a good thing, much of the time, but not in the case of unemployment. A woman may be able to bewitch her partner, but when it comes to being out of work, she’s the one in the deepest spell—an unemployment spell, that is. Recent research in Colombia sheds light on some of the issues surrounding women in and out of the workforce.

Let’s set the stage. At the end of 2014, in Colombia unemployment among women was 10.7% and among men around 7.9%, a difference that has persisted over time and been amplified by recessions. These disparities are geographically heterogeneous and their size is not associated with employment rates. Gaps are larger in coastal cities that generally record lower unemployment rates, and smaller in Bogota and Medellin.

Interestingly, women, who are generally more educated than men (10 and 9 years of schooling respectively), record worse labor market outcomes at all levels: higher unemployment rates, lower participation, lower occupation and lower wages. When looking at unemployment, gender gaps are not homogenously distributed. Characteristics such as age, marital status and education make a difference. Women who are younger than 25, finished secondary school and are the head of their household experience the largest gaps. Yet the most striking disparities emerge among married individuals. Married women show unemployment rates twice as large as men. Being married seems to limit women’s chances of participating in the labor market and increases unemployment rates, when they do participate. Not surprisingly, this is consistent with the double role women play in the family, split between work and child rearing. Toddlers’ presence in the household reinforces these effects.

According to a forthcoming paper by Tenjo, Alvarez and Jimenez (Tadeo Lozano University) and Arango and Rios (Central Bank of Colombia and National Planning Department), independent yet similar research efforts, gender differences can be explained by unemployment duration. Women suffer from longer unemployment spells than men. Even longer if married with children. While unemployment is a natural state of transition in labor markets, it appears that job search is a matter of intensity and effort and is shaped according to individuals.

Arango and Rios claim that married women with young children take more time to find a job, as they might rely on their partner’s income while searching. Family responsibilities might also explain the longer search. Even job hunting techniques seem to differ; women are more prone to use formal methods to go about finding a job while men prefer informal sources, like friends and relatives.

As differences are heterogeneous across regions, Tenjo, Alvarez and Jimenez find that vigorous local economic activity, a proxy for labor demand, not only matters but may be gender-biased, as it has a negative effect on unemployment duration, but stronger in the case of women. A1% increase in the size of the local economy (measured by value added) decreases the duration of unemployment among women by 0.15% and by 0.13% in the case of men.

Since family responsibility clearly plays a role when balancing the  life-work cycle and places the heaviest load on women, the question becomes how to  relieve some of this burden?

Policy initiatives to improve public service provision, especially child care centers, would create a more level playing field for women. Cardona and Morales at the Central Bank of Colombia find that in Medellin, the Buen Comienzo (Good Start) Program financed by the municipality, facilitated mothers’ insertion in the labor market. Six out of 10 mothers can work in neighborhoods with these facilities. In areas that lack this service, this number is halved (3 out of 10). Longer job searches for women highlight the difficulties they face finding relevant information. A functional national employment service, recently revamped in Colombia, and vacancy announcements would certainly reduce costs, especially if adjusted to women’s needs. Not to mention flexible time schedules. Education and certified vocational training would also act as a signaling device and ease the process. All of these measures would go a long ways toward reducing unemployment spells for women.