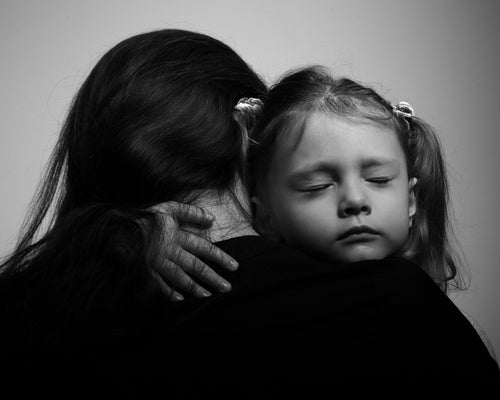 Children are a mother’s— and a country’s— greatest treasure. Yet they too are victims of violence, often indirectly through their mothers. The repercussions of violence against these littlest victims in society are far reaching. Compromising their health and happiness is not only an emotional issue, but an important economic issue as well and was studied in the context of a broader research project on The Costs of Crime and Violence in Latin America and the Caribbean.

While violence against men is largely impersonal, women are often attacked in their homes by their partners.  There is nothing random about domestic violence, which is one of the most pervasive types of violence in Latin America and the Caribbean. Domestic violence affects women in various ways ranging from their marital status and employment to their mental and physical health. However, violence against women also affects their children as a mother’s ability to care for her offspring may be impaired.  Moreover, a child’s health and education may be impacted, with all that implies for family and national income.

Research using the Demographic and Health Surveys (DHS) of Colombia, the Dominican Republic, Haiti, Honduras, and Peru allowed for the study of the effects of domestic violence on children beyond the obvious behavioral and emotional problems that may arise. The study looks only at children under six years of age to evaluate whether domestic violence affects the human capital accumulation of children before they go to school. Since early childhood has been identified as the most critical time in a child’s life, this focus is important.

The results demonstrate that the health of children suffers noticeably when their mothers are subjected to physical violence. The negative impact begins even before they are born; mothers who have experienced physical violence are less likely to have attended the recommended four or more prenatal visits, with all that implies for an unborn fetus.  Children are 15 percentage points more likely to have had diarrhea in the past 15 days and tend to have a lower birth rate. Moreover, the effects are not limited to short-term outcomes. Children are less likely to have received their vaccines, with measles being the most missed immunization. Also, children born to victimized mothers tend to be shorter.

Another study on the effect of homicides on birth outcomes in Brazil provides further evidence that even in-utero exposure to violence can impact a child’s health. Specifically, one extra homicide that takes place in the vicinity of a pregnant woman place of residency during the first trimester of pregnancy increases the probability of low birth weight by around 6%. Increased prematurity rather than intrauterine growth retardation appears to be the reason for lower weight. These results are particularly pronounced among the children of women with limited education, adding to the disadvantages these children suffer due to their lower socioeconomic status.

The consequences of low birth weight go well beyond infancy. Numerous studies document the effects on long-run outcomes such as educational achievement, later life health, mortality and labor market performance. Low birth-weight babies are at substantially higher risk of neonatal or infant death and are more likely to need additional outpatient care and hospitalization during childhood, implying significantly higher private and social costs. Of those living into adulthood, some may suffer from cognitive and neurological impairment, which typically is associated with lower educational and job-related productivity as well as higher rates of morbidity from a greater risk of cardiovascular disease, diabetes and hypertension.

While the relationship between violence against women and the welfare of their children exists, does one actually cause the other? A natural experiment in Peru provided evidence of this causal relationship. The Centros Emergencia Mujer (CEM) are public centers that provide free services to prevent domestic violence and treat its victims. The Ministerio de la Mujer y Desarrollo Social (MIMDES) created the program in March, 1999 and the number of centers multiplied from 13 in the first year to 40 in 2004 and 149 in 2012. The expansion of CEMs over time and space serves as an exogenous source of variation in the prevalence of domestic violence. The presence of a CEM in a district reduces the chances that a woman, particularly a younger one, will suffer from domestic violence. Moreover, comparing intangible outcomes for children in districts with and without CEMs provides evidence that domestic violence has a negative causal effect on the short-term health of children.

While providing evidence that domestic violence against women causes adverse health consequences among their children, the CEMs also provide a policy option for dealing with the problem. Their presence makes a real difference for women in Peru and offers a mechanism that could be helpful for women—and their children— in other countries in the region.