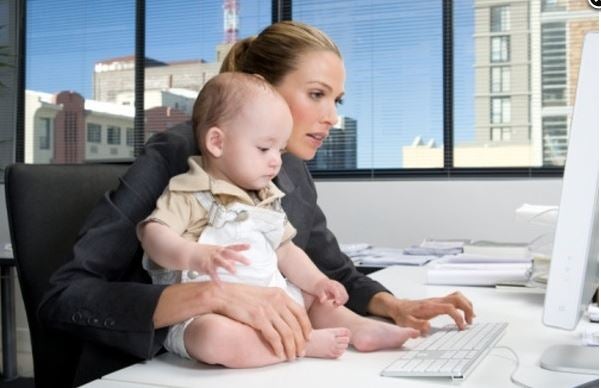 The school year that just began in some parts of Latin America and the United States completely changes the routine of mothers, who sometimes have to perform a juggling act to accommodate new schedules and activities on the family calendar. But the beginning of classes also makes the life of working mothers easier now that children are in school most of the day.

For families with small children who still haven’t started school, though, access to daycare is essential so that mothers can work. And when the number of women who enter the labor market grows daily, a large portion of the population needs the State’s assistance in meeting that expense, as an IDB working paper explains.

Government policies are key as much in relation to subsidies as in the number of places available—and at an affordable price: they represent one of the most important tools for encouraging women’s participation in the labor market and for improving children’s cognitive development, especially among low-income groups.

The quality of care is thus one of the main factors that affect children’s education. The educational level of teachers, the number of children per child care provider, space and play materials are major influences, as well as aspects that are harder to measure such as teachers’ temperament, enthusiasm and skill.

Single and divorced mothers need to have access to daycare centers in order to support their families, and a couple with children can earn a higher income and economically advance if they have a place to leave their children so that both parents can work. Access to daycare also favors the economy of each country, in addition to providing a means whereby women don’t have to give up their professional aspirations because of choosing motherhood.

Many mothers work at businesses with fixed schedules, sometimes far from their homes. It is thus very important to have childcare facilities close to home or work, especially among low-income groups. This turned out to be a decisive factor in a study undertaken in Chile that analyzed the effect of an expansion of childcare centers on mothers’ labor participation and concluded that it did not produce changes among low-income women. According to the study, a possible reason is that daycare centers were not located in convenient places and their schedules were not compatible with mothers’ work hours (Medrano, 2009, and Encina and Martínez, 2009).

Other women want or need to work but cannot do so because they have no one to leave their children with and cannot afford the cost of a daycare center. Cost is a key factor, and it can be considered a kind of tax on women’s wages: the higher the cost of daycare, the less value women’s time has in the labor market, as the IDB study explains.

Daycare systems differ across countries. In Continental Europe most countries offer public daycare centers, and there is very little private supply. Nonetheless, while some Nordic countries provide universal public childcare, countries in the south are moving toward a mixed system. In the United States and the United Kingdom, the majority of the childcare supply is private and the government provides subsidies to the poorest homes. In fact, in Great Britain childcare centers became a campaign issue in last May’s general elections, and the debate ended with a promise by the government of David Cameron to provide 30 hours of free childcare weekly for three and four-year-olds, twice the current level of 15 hours weekly.

Where governments spend less on childcare centers, parents tend to rely more on help from grandparents. Low-income groups could prefer this option because of the savings and greater flexibility it represents, while parents of all economic levels could prefer it because they consider it safer and more emotionally enriching, according to the IDB paper.

There are numerous studies on the impact of childcare centers on women’s labor force participation in various countries, including some in Latin America. In Argentina, for example, a study on the impact of expanding pre-primary daycare found a positive and significant effect (Berlinski, Galiani and Gertler, 2009).

It is therefore essential to design official policies according to the needs of households that depend on daycare centers in order for women to work. Increasing the availability and accessibility of daycare centers will assist in enabling many more mothers to enter the labor market and thus provide better opportunities for their children.

Part of a series of posts on the upcoming 2015 edition of the IDB’s flagship series, Development in the Americas, entitled The Early Years: Child Well-being and the Role of Public Policy. Click here to receive updates on this upcoming book and a free PDF upon publication.