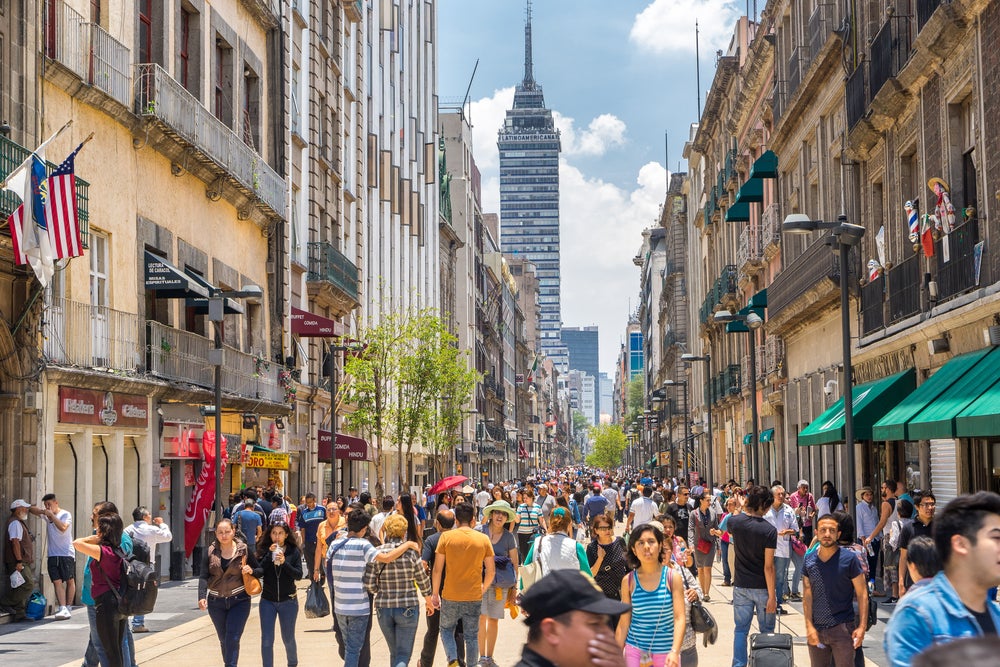 Imagine a country that does everything that development economics says is right: guarantee macroeconomic stability, maintain an open trade regime and invest in physical capital and education. Now imagine, that this this country suffers anemic growth and has done so for over two decades. What in the world could be wrong?

This is the agonizing question facing Mexico and the subject of a groundbreaking analysis published by Santiago Levy, a former deputy finance minister of Mexico and current IDB Vice-President for Sectors and Knowledge. In his new book, entitled Under-Rewarded Efforts: The Elusive Quest for Prosperity in Mexico, Levy looks at taxes, social insurance, and labor regulations that in principle are meant to help small firms and extend the coverage of social protection to workers in Mexico, but that have ended up stifling productivity, in the process, underserving those very people they were intending to help.

His analysis applies broadly in many countries of the region which have similarly favored small informal firms at the cost of more productive larger ones, and which have a plethora of over-lapping and ill-designed social insurance and labor regulations that, together with a weak legal environment, misallocate resources and stifle growth.

But his focus is Mexico. There such policies have contributed to miserly per capita growth rates of just 1.2% on average between 1996-2015 – lower than almost any other country in Latin America — and created a situation in which workers fail to get jobs worthy of their educations or attain higher standards of living.

All this deeply troubles Levy, an architect of Progresa-Oportunidades, Mexico’s landmark anti-poverty program targeting the neediest in the country. Mexico has been aggressively investing in human capital and physical capital, he says.  Why then, he asks, are people not automatically getting better jobs and living better lives?

Mexico has one of the best economic censuses in Latin America, with data on millions of firms of all sizes in manufacturing, services and commerce, which can also be tracked over time. This allows Levy to demonstrate how formal firms are often forced into informality to survive, and how informal firms persist, even though they are on average 50% less productive than formal ones. Today, over 90% of firms and 55% of all employment in Mexico happens in the informal sector — a staggering drain on national productivity.

The distortions in labor protection

Consider the area of labor protection. A large firm legally hiring salaried workers is subject to a host of regulations that a firm hiring non-salaried workers is not. Those regulations make it often impossible for the large firm to fire workers and downsize when a recession or other negative shock strikes.  By contrast, a firm with non-salaried workers, often consisting of a handful of “partners” or family members, is not subject to any of those regulations. The result is that firms prefer to remain small, non-salaried and informal to maintain flexibility, rather than growing and reaping greater benefits in economies of scale, economies of scope and innovation.

Social insurance is another example. A firm hiring salaried workers legally contributes by law to a workers’ health insurance and pension. But it will deduct those expenses from the workers’ wages. This creates a perverse incentive for workers to labor in firms with non-salaried contracts, or in firms with salaried contracts that break the law but remain small to be able to do so. Moreover, workers in these firms get health and pension benefits paid directly by the government. In the process, however, workers forego the many opportunities that large legal firms offer for job training, job stability, salary increases, and career advancement that small, sometimes illegal firms can virtually never provide.

Other examples abound of how policies end up penalizing the formal productive sector while subsidizing the unproductive informal one. But the aggregate effect is the same.  Everyone gets hurt. Larger firms require more skilled workers, but because these firms are punished by tax, labor and social insurance regulations, there are few of these firms and the demand for skilled workers is depressed. Highly educated workers aren’t getting the jobs they deserve. Engineers or lawyer end up driving taxis.  Meanwhile, because poor workers aren’t getting enough jobs in the big, productive firms either, their dreams of upward mobility are thwarted. They may be better educated and have better health than their parents partly because of Progresa-Oportunidades, but they don’t have better jobs. The frustration is immense.

What can be done? Levy makes clear that he is not calling for limiting social protections. On the contrary, he says those protections should be expanded. He strongly advocates for universal social insurance and calls for the introduction of unemployment insurance so that firms can shed workers without denying them access to social benefits. The crux of the matter is reforming regulations so that companies don’t engage in contortions to avoid punitive labor, social insurance and tax regimes. It is also improving the judicial regime so that contracts are enforced fairly and promptly, facilitating firms’ access to credit. It is creating a society that is fair and, at the same time, productive; it is creating, in short, prosperity.