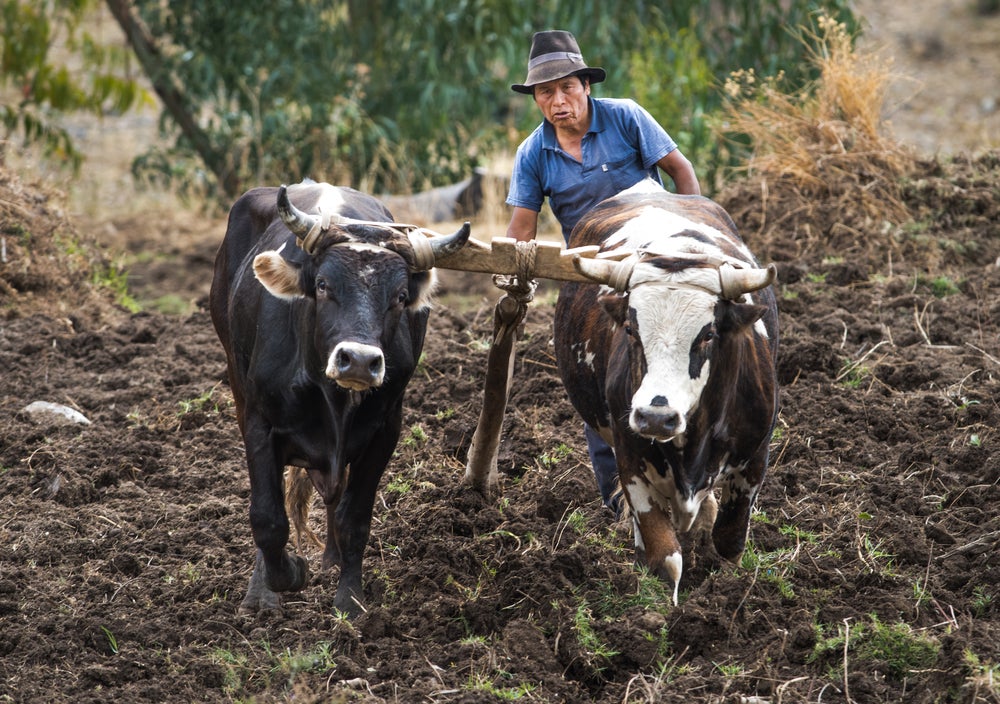 Latin America and the Caribbean will face steep challenges in coming decades to provide food security and guarantee a decent income for its rural population. Greater rainfall and increasingly devastating floods may threaten some parts of the region. Others, including northeastern Brazil and Central America, will face extended drought. Erosion and dwindling water resources could result in dramatic crop losses.

In this rapidly changing and more perilous environment, farmers have to both ensure that they run their operations efficiently by making optimal use of basic inputs, like fertilizer, and that they adopt smarter technologies, ranging from new forms of irrigation to crop diversification and agroforestry.

But improving agricultural techniques is not just a question of overcoming supply-side obstacles. It’s not enough to guarantee that inputs, technologies and know-how are available. Nor to provide subsidies, credit and insurance. These are crucial. But many of the barriers to appropriate and modern farming practices are behavioral, and overcoming them requires a closer look at the way farmers make decisions and process information.

What are some of the biggest behavioral obstacles to modern farming practices?

Present-bias.Although many farming practices bear high future returns and entail only small fixed costs (e.g., going to the store to buy fertilizer), we usually emphasize the rewards of the present over the future, and procrastinate. We also tend to overestimate the probability that we will take action promptly. As a result, many farmers who plan to use fertilizer defer paying out any money for it until the last possible minute, often failing to do so altogether. This also explains why we assign a relatively low priority to climate change, as its effects, destructive as they may be, are seen as occurring more in the future than the present.

Self-control.New technologies are often costly and require long-term planning. Saving resources when they are abundant (such as right after harvest) and “keeping them safe” (from oneself but also from others, like family members who expect support) requires self-control, and as we all know, that’s not always easy.

Cognitive overload.We have limited cognitive resources, a finite amount of time to make decisions and less-than-ideal willpower. We also are prone to decision fatigue. For individuals living in high poverty who must constantly manage meager funds and face difficult trade-offs, the situation can be especially difficult.

Status-quo bias.We have a tendency towards inertia and often simply make the decisions we’ve always made in the past. This can partly explain the reluctance of farmers to change practices even when they are aware of better methods and convinced of potential benefits.

How can we overcome those barriers?

Commitment devices.These are ways to help individuals to act on appropriate impulses the moment they have them. If farmers decide they will save for fertilizer at harvest time, behavioral interventions can help provide a way for them to keep their money “safe.” In rural Malawi, for example, randomly selected farmers were offered commitment accounts which allowed them to restrict access to their own funds until a future date of their choosing. Compared to the control group, which was offered ordinary savings accounts, these farmers bought and used significantly more fertilizer and other inputs, leading to higher crop sales.

Reducing the need for self-control.Modifying components of the decision-making process, such as timing, can altogether bypass reliance on self-control. A Kenyan program found that providing small, time-limited discounts on fertilizer during harvest season (when farmers have available income) induced a 46% to 60% increase in fertilizer use, when combined with free delivery once farmers needed the fertilizer. The effect was greater than that of offering free delivery later in the season, even with a 50% subsidy on fertilizer.

Targeting existing mental models.Sometimes specific beliefs and information gaps stand in the way of behavioral change. A field experiment conducted in Indonesia with seaweed farmers illustrates why. Seaweed is farmed in pods that are planted along the ocean floor. Both the size of the pods and the distance between them affect yields. Most farmers were unaware of the importance of pod size and often neglected it, even after participating in experimental trials that scientifically demonstrated its importance. It was only after being provided with a written summary of the data and specific recommendations that they were able to overcome their blind spots and adopt more productive methods.

Other approaches can help overcome behavioral barriers in different contexts. Micro-incentives, including small, non-monetary rewards (such as vouchers or even bags of lentils in rural India) have been used to address present-bias. And even simple measures like providing assistance with paperwork can have tremendous effects on behavior.

Some food for thought for Latin America and the Caribbean

Many of the randomized controlled trials on behavioral interventions in agriculture have been conducted in Africa and Asia. Replicating them elsewhere would involve tailoring them to the characteristics, interactions, and daily concerns of local stakeholders. Farmers would also need access to inputs and new technologies, as well as knowledge about how to use them. But given the ever-greater challenges of farming and the often-frustrating mental barriers to progress, such behavioral interventions should be widely explored. The climate is rapidly changing. We don’t have time on our side.

Nina Rapoport is a research fellow in Behavioral Economics in the Research Department of the IDB. She holds a master's in Behavioral Economics from University Paris 1 Panthéon-Sorbonne and a dual bachelor’s degree in Economics and Psychology from the Hebrew University of Jerusalem. She is passionate about applying behavioral insights to public policy. Her research interests include participative pricing and charitable giving.