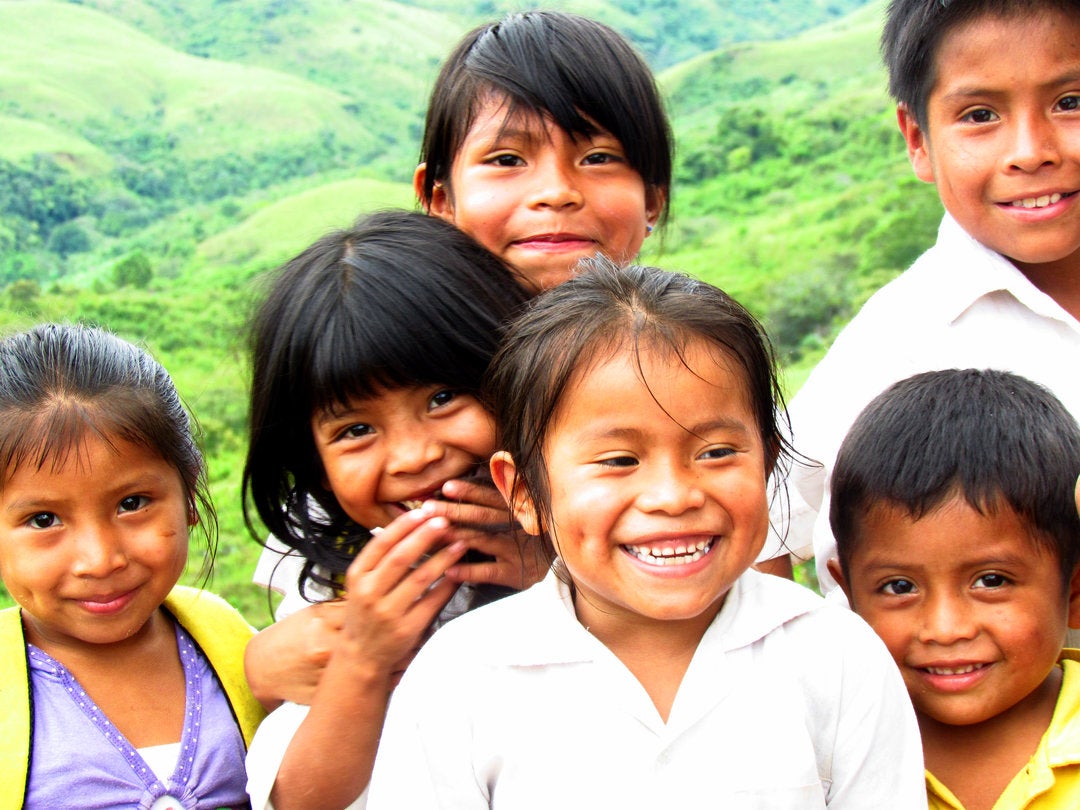 The day we visited the San Juan School in the Chiriqui province of Panama, the preschool students were laughing, dancing and singing. But their play was not unstructured; it followed a well-researched pedagogical sequence. These students are part of a new bilingual and intercultural preschool program called Ari Taen JADENKÄ (Let’s Count and Play, in Ngäbere) that helps children develop essential early mathematics skills. The program introduces skills or abilities that children need as a basis for primary school mathematics, including number sequence, shape recognition, counting objects, and spatial abilities (for example the difference between over and under).

In an effort to lay a foundation of early math skills that sets children up to succeed in primary school mathematics, the Ministry of Education of Panama (MEDUCA) decided to introduce JADENKÄ (pronounced Ha-den-go) to the country’s largest indigenous group (Ngäbe).  The students living in the indigenous communities show some of the lowest math levels in a country that, overall, is one of the lowest performers on international standardized math and language tests.

In Latin America, comprehensive preschool mathematics lessons are rare in and of themselves. However, what really sets JADENKÄ apart is that it integrates Spanish and the children’s native language, Ngäbere, while combining mathematics from Western countries with intercultural or ethno-mathematics. Take counting, for example.

In Ngäbere there are 14 diverse ways of counting depending on the characteristic of the objects you are counting; and numerals such as 1, 2 and 3 are adjectives that cannot be used independently. For instance, an orange is classified as round so Kwa-ti-naran (an orange) is expressed as “round thing-one-orange,” and Kun-ti-tire (a flat field) is expressed as “flat thing-one-field” because they consider the flat aspect of the field. Ngäbe arithmetic consists of 11 units, including numbers 1 through 11 and 20.  The shapes of things are important for arithmetic operations. For example, a round object that becomes irregular through division, changes classifier.

JADENKÄ helps preschoolers master five of the 14 numeric classifiers, as well as the basis for Ngäbe arithmetic and geometry. Culturally, the knowledge of Ngäbe mathematics is valuable as it permeates many aspects of community life, from Ngäbe mythology and religious ceremonies, where cocoa seeds (round objects) are counted and used along with different types of herbs (elongated objects), to agriculture, where crops are cultivated in intricate geometric shapes.

As important as preserving an ancient arithmetical system, anthropological research proposes that in addition to preserving an ancient arithmetical system, ethno-mathematics can increase logical thinking skills, students’ enjoyment of math, and their sense of belonging in mathematical careers. To use the words of the teacher in the San Juan School, Zuleika Cubilla, “Ngäbe Mathematics allow children to have fun with mathematics, while at the same time safeguarding their culture.”

JADENKÄ is the result of valuable partnerships. The project is financed by the IDB Japan Special Fund; and the Organization of Ibero-American States (OEI) accompanies MEDUCA and the teachers by assisting in the development of lessons and by providing continuous professional development in the classrooms. Innovation for Poverty Action (IPA) helps evaluate the program through a randomized control trial to determine if JADENKÄ helps improve children’s ethno- and Western mathematical skills, as well as their cultural knowledge.