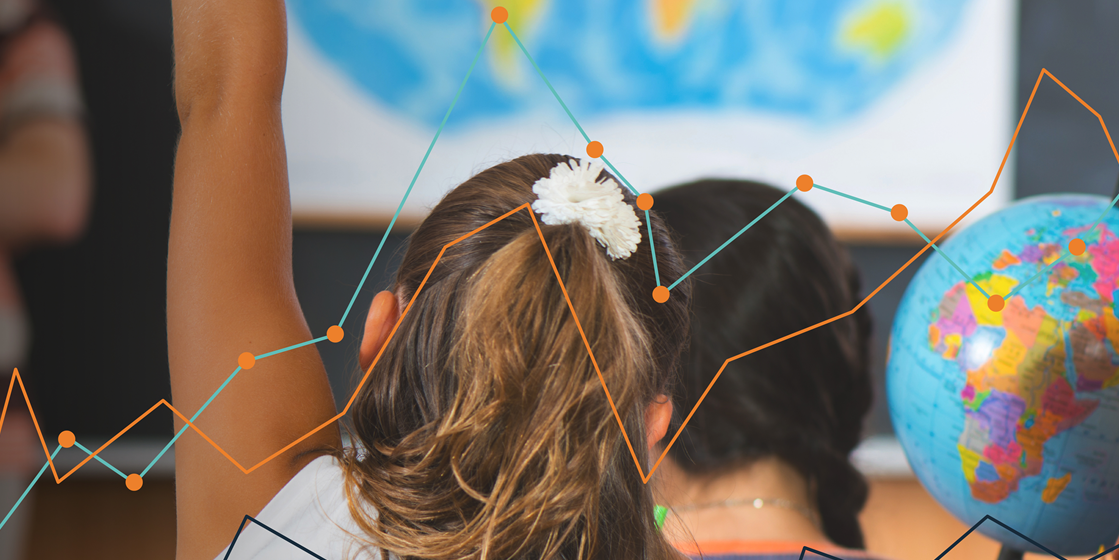 A quick glance at the front page of any major newspaper in the region for statistics to begin telling us a story about the reality we live in: how much did the economy grow or shrink, how many people voted for a candidate or how much was invested in a new infrastructure project. When it comes to education, however, neither data nor the reality they reveal are as easy to comprehend. What achievements do we find when we analyze the main education indicators for Latin America and the Caribbean?

The story that the region´s education data reveals can be told in 5 major achievements that are encouraging and at the same time a reminder of the challenges ahead:

For children in ages 6 to 14 in the region, coverage is almost universal, having surpassed 95% in 2015. However, for the group of children ages 4 to 5 years and young people between 15 and 17 years old, success has been more modest. In 2015, attendance rates for these groups was only around 80%, which means a bigger effort must be made to improve attendance in early and secondary education.

Achievement #2: Some countries improved their learning outcomes according to the PISA assessment

Peru and Colombia improved their results in math, science and reading in PISA 2015. In addition to Trinidad and Tobago, these countries were among the 10 countries in the world with the most rapid improvements in their performance in science. Yet, for the region as a whole, assessment results show that 6 out 10 15 year-old students still do not know how to use basic formulas or apply mathematical rules to solve problems with integers.

Achievement #3: Almost all students have access to a computer in the school they attend

Achievement #4: Countries in the region are investing more in education

Public expenditure in education as a percentage of GDP went from 4.2% in 2005 to 5.9% in 2014. Despite this significant improvement, the gap in public per pupil spending across countries in the region is still wide: Costa Rica and Jamaica, the countries with the largest figure for public per pupil spending in 2014, invest in primary and secondary twice as much as Peru and four times as much as Ecuador, the latter being the countries currently investing the least.

Achievement #5: More students graduate high school in Latin America and the Caribbean today than 10 years ago

The average graduation rate in primary education went from 68% to 78% between 2006 and 2015. In the same time period, the rate went from 51% to 60% for lower secondary and 33% to 42% for upper secondary. Socioeconomic status, however, continues to be a key factor affecting a student’s chances to graduate: 6 out 10 of the wealthiest students graduated upper secondary in 2015 but only 2 out 10 of the poorest achieved the same.

Interested in discovering more key data about education in the region?

Creating an education outlook for the region is possible thanks to the Education Statistics Portal CIMA, an innovative platform created by the IDB’s Education Division that presents 40 indicators comparable across 26 countries in Latin America and the Caribbean. CIMA promotes the design and implementation of effective and evidence-based policies by making quality data available to policy makers, education leaders and civil society.

Visit www.iadb.org/CIMA and find out what the story that your country’s education statistics are telling.