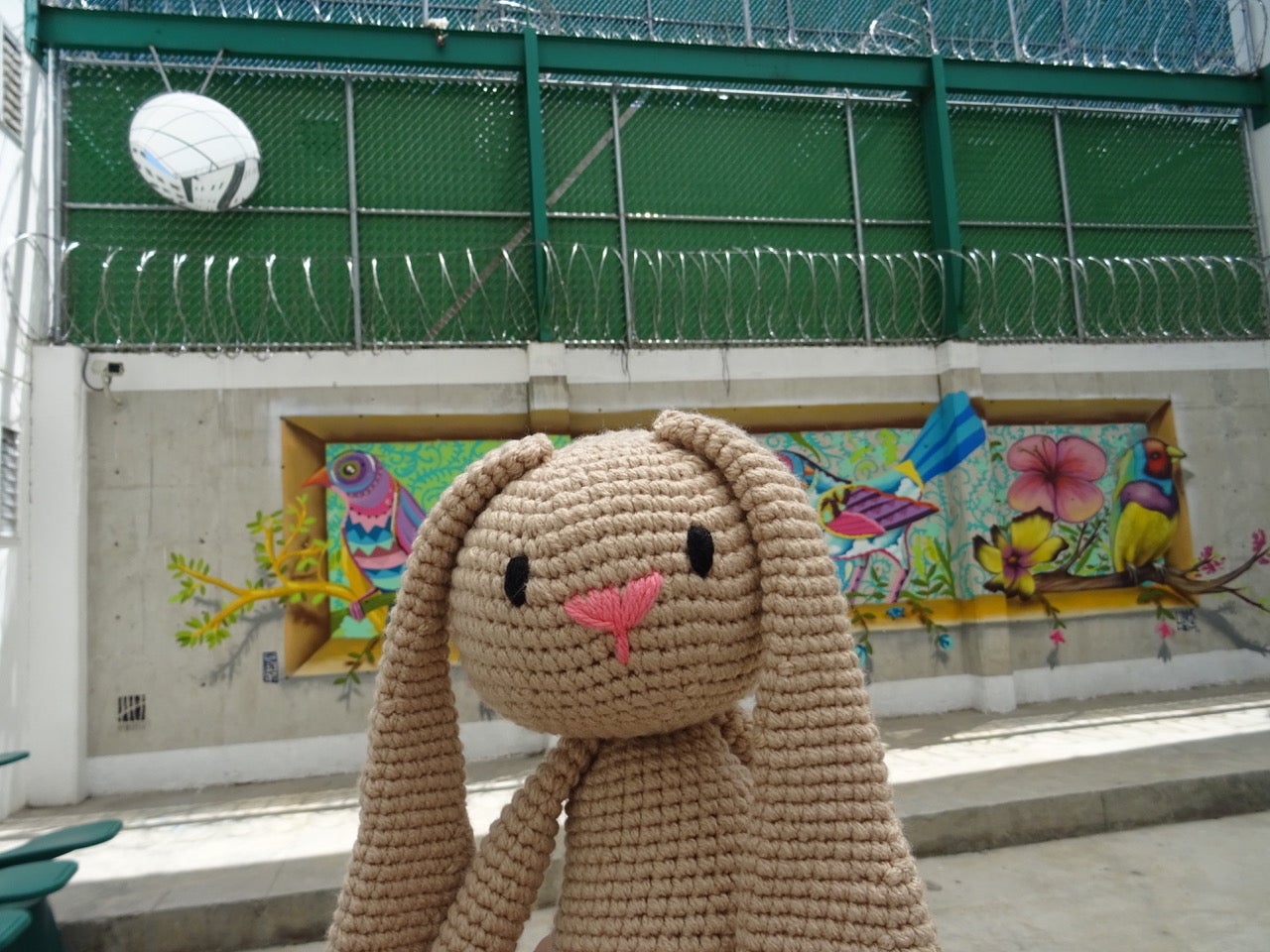 The ongoing debate on motherhood in prison revolves around whether children should remain with their mothers or not. In some countries, women who give birth while serving time have the right to live with their children until they are three years old. The children born and raised in prison are not recognized as part of the population and therefore lack institutional protection. This situation exposes them to a hostile environment at a critical stage of their development. On the other hand, separating mothers from their newborns has a series of consequences on the long-term wellbeing of both.

How can we safeguard the rights of the girls and boys that are born and live in prison? How can their first three years be as similar as possible to what they would be like on the outside? These questions led to creating “Jugar y Criar“, a program to promote stable and caring relationships between the mother and her child, essential to a healthy early development. Jugar y Criar has the long-term goal of preventing the harmful effects of toxic stress. It is currently being implemented by psychologists specialized in early childhood development once a week in two penitentiary centers in Mexico: Santa Martha in Mexico City and Santiaguito in the State of Mexico.

On an average day of Jugar y Criar in these centers, you would find 25 mothers with their children, ages 0 to 3,  sitting on the floor in a circle, singing a song like Rita la Ranita or playing with sand. For two hours, through play and psychomotor, sensory, and musical activities, we modeled respectful and positive interactions to promote the physical and psychological development of the children. Then the children would continue playing with a volunteer for an hour and a half while their mother went to the parenting workshop: a space for them to share their experience, needs, and beliefs about motherhood.

Using Theory of Change to increment the program’s participation

However, it was not always like this. When we started implementing the workshops in these two penitentiary centers, we only had five women or fewer who would participate. What changed? We used theory of change to understand why the project was not as successful as it had been in Nezahualcóyotl Penitentiary in Mexico City, the prison where we conducted the initial pilot project. Starting with our final goal, we worked backward to identify all the requirements for Jugar y Criar to be an effective intervention in every prison.

In Nezahualcóyotl, the mothers are separated from the rest of the prison population in the maternity wing. They have cribs, adequate food for the children, and a playroom, where we facilitated the workshops. Based on the evidence we had on the context, we knew that we had to address the mother’s history of abuse and neglect to promote a caring relationship with their child. We focused first on gradually building a trusting and supportive relationship with the mothers so they would be willing and ready to learn how to respond sensitively and respectfully to their child’s needs. After a couple of months, we observed a greater capacity from the mothers to respond nonviolently, and significant advances in the children’s development.

The pilot intervention was so successful that we decided to expand it into Santa Martha and Santiaguito. There the mothers and their children live with the rest of the population. Some women have external support, but most mothers need to work inside the prison to buy milk, diapers, and other essentials. In that context, daily activities —such as feeding, bathing, and putting the children to bed— become stressful.

In some prisons we did not have a playroom to facilitate the workshops. Sometimes, we had to work in the patio surrounded by other women or in classrooms without proper security.

When we expanded the project, we realized that our workshops were not being successful because we failed to address these preconditions first – the lack of basic needs and safety. We could not attempt to work with the mothers to encourage their child’s healthy development if their survival and protection were not assured. Once we identified the preconditions, we concentrated our efforts on getting milk and diaper donations. We negotiated with the prison coordinators a space separated from the general population, where the children could move around freely. When the mothers felt that their children were safe, we could build a trusting relationship with them.

Early interventions like “Jugar y Criar” can prevent the consequences of early adversity. Theory of Change provides the tools to plan and evaluate complex initiatives, by identifying the interventions that will lead to the changes that need to be achieved before a healthy early development can take place in the penitentiary system.

Do you know of any other initiatives that use theory of change to promote social change? We would like to hear your thoughts. Share them in the comments section below.

Paula Gaviria is a psychologist specialized in early childhood development and education from the Universidad Iberoamericana in Mexico City. She has a master’s degree in Public Policy from the University of Chicago as well as a master's degree in Psychoanalysis from the Mexican Psychoanalytic Society. Previously she worked in the design and implementation of Jugar y Criar, as a psychotherapist in her private practice, and as a professor in the psychology department at the Universidad Iberoamericana.