Almost 40% of young people between the ages of 13 and 24 who identify as LGBTQ+ have seriously considered suicide in the last year. This statistic not only saddens me as a 40-year old gay man myself, but also as the father of two wonderful boys who I hope will never have to hide from me such level of despair. As Pride month is in full gear all around the world, we must remember that LGBTQ+ suffering is everywhere, every day.

This suffering is not limited to LGBTQ+ people. Their children continue to be stigmatized and reminded that they would do better with a mother and father committed in a traditional family structure.

Is There Really a Difference?

There are many studies that have analyzed the impact of childhood development in children raised in households of two moms or two dads. A research by the New England Journal of Medicine reports no differences in the mental health and cognitive development of 25-year-old people who grew up in same-sex parent families compared with a group who grew up in heterosexual-parent households. This study also reveals that people from the first group showed less difficulties in general than those in the second group and concluded that parental provision of confidence and support affected more than parents’ sexual orientation.

A study published by the Medical Journal of Australia reported the same results with one difference. Children from households with two moms or two dads had received better quality parenting and showed more flexibility about gender roles, sexual diversity and different types of families.

What About in Latin America and the Caribbean?

The topic of diverse families has been at the forefront of political controversies and demonstrations in more than one country in the region. The debate has been framed as one of expanding rights versus defending traditional family values. Right now, it is difficult to know the situation of same-sex parent families in the region for three reasons:

While some countries like Argentina, are already fighting to allow same-sex couples to adopt children; in other countries, like Bolivia or Paraguay, the discussion is gaining traction as human rights activists position their voices in public, private and nonprofit spheres.

I am conscious that I could only overcome society’s stigma and prejudice because of the privileges of my nationality, birthplace, color, gender identity and education. Not all of us are so lucky. Many never experience a life of opportunity and dignity – the most basic of human’s desires.

It does not have to be this way. In fact, I have had discussions with my boys about gender identity and sexual orientation. We read together books such as “A Day in the Life of Marlon Bundo” and my boys know that men and women can have husbands or wives if they feel so. It does not take much for us to change the narrative in talking to our children and if in doing so we save their lives or the lives of their peers, isn’t it worth challenging ourselves a little? 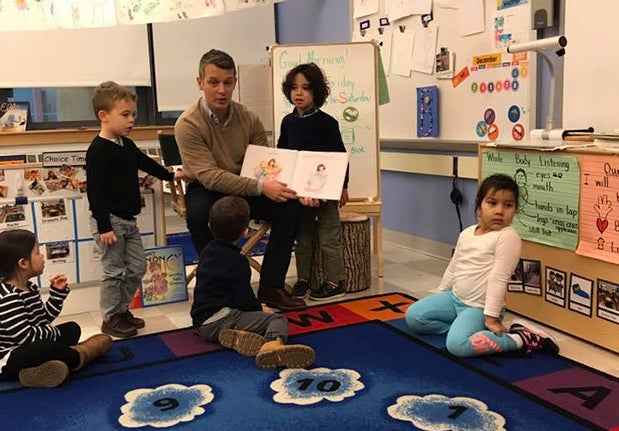 Together as human rights activists, development professionals, government officials, but most importantly, as parents, we can devise new ways to open previously closed minds and hearts starting by arming our children with love rather than hate.

How are your children learning about diverse families? Tell us about it in the comments section or mentioning @BIDgente in Twitter.

Fabrice Houdart is a Human Rights Officer at the United Nations, where he leads the United Nations Global LGBTI Standards of Conduct for Business, the largest corporate social responsibility initiative on LGBTI issues in the World.