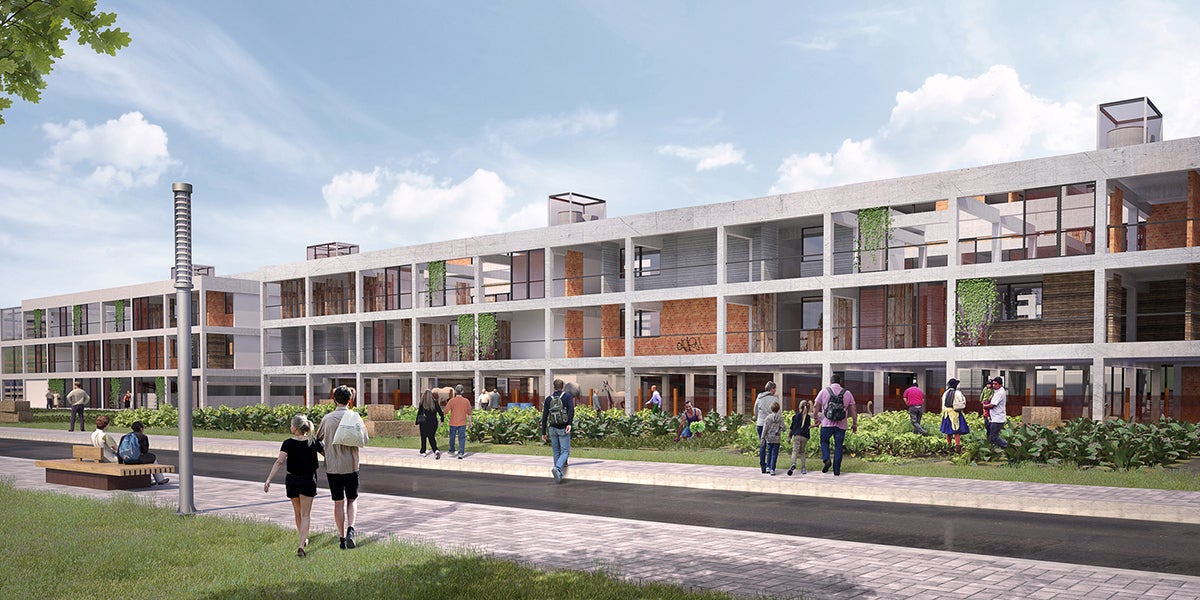 In the countries of Latin America and the Caribbean, national governments are overwhelmed by the quantitative and qualitative housing deficits. In most countries it would take at least 50 years of sustained investments to just ease the quantitative deficit. The solution seems like a gigantic task. This situation requires a more active role of the municipalities in the provision of housing solutions for the poor. In small municipalities without financial solvency this seems unlikely, but in metropolitan municipalities with budget and assets such as land, prudent borrowing capacity and zoning rights, the possibility does not seem so far-fetched.

From this perspective, municipalities have an increasingly important role in alleviating the housing deficit for at least three major reasons:

The strategic use of these elements is prompting municipalities in Latin America and the Caribbean to be increasingly active agents in the local housing market:

To support the construction of affordable housing for low-income families, municipalities are using financial tools that capture capital gains from changes in urban land use or upgrades in urban infrastructure by the local or national government as is further explained in the publication Expanding the use of land value, Capturing capital gains in Latin America and the Caribbean (Book Spanish version). These tools include:

The systematic application of these tools by urban municipalities has the potential to generate additional resources and incentives to build more and better located social housing at the municipal level. In an analysis of the value chain in the housing sector in Nicaragua, the IDB in collaboration with the Affordable Housing Institute, evaluated these financial tools as part of a menu of options that can be progressively incorporated to increase the production of affordable housing (Spanish version), for ownership as well as rental units.

These tools can also help gradually slow down the construction of informal, inadequate housing, by generating a supply of affordable housing through the local private real estate market. Of course, it is very likely that, on the demand side, subsidies will be required to make new housing affordable at the local level. This places municipalities in an important coordinating vis-a-vis national entities to connect housing subsidy programs with the new housing supply generated by incentive mechanisms to the private sector at the local level, based on the land value capture in cities. With this perspective and these financial tools, the municipalities are moving from “if we can” to a “yes! we can” policy stance in delivering social housing.

The State of Social Housing in Six Caribbean Countries.

Despite the large number of social housing programs in the Caribbean, little is known about their outcomes and the factors underlying evolution of housing policy. This report reviews the implementation of social housing programs from 2000 to 2015 in the six Caribbean member states of the Inter-American Development Bank: The Bahamas, Barbados, Guyana, Jamaica, Suriname, and Trinidad and Tobago. Download it now!