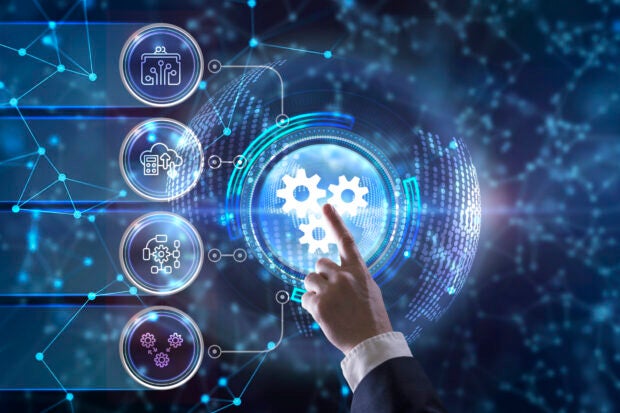 As we stated in this series’ first publication, GovTech ecosystems bring great opportunities for local governments that wish to transform and digitize their operations and for innovative companies (startups, SMEs and scaleups) that want to grow by developing solutions for major public challenges. In addition to making these opportunities a reality, the GovTech space transforms our public institutions by generating new work culture.

Change is complex, and therefore, to succeed in the GovTech space, it is necessary to develop a strong strategy and learn from international experiences. A GovTech strategy goes beyond generating a laboratory or a specific entrepreneurship program. It involves articulating an ecosystem of new actors, promoting transparent and cross-sectorial collaboration with other departments and generating public services by leveraging data and new technologies. The process of developing a GovTech ecosystem strategy will vary according to the potential and momentum that each of these area’s has.

In this second GovTech focused post, we present four key ideas, supported by international case studies, for local governments to consider once they have decided to create their strategy.

In the LAC region there are early examples such as MiLAB, created by the Colombian government in partnership with CAF – Development Bank of Latin America, the 100% GovTech public innovation laboratory. Under this collaboration, MiLAB will advance the first mapping of Colombian digital startups that use emerging technologies and solutions to address the needs of public innovation. Also noteworthy in the region are the bootcamps developed by the city of Cordoba (Argentina), and CORLAB, Public and Social Innovation Laboratory of the Municipality of Cordoba. CORLAB is a space to experiment and generate public value, enhance the relationship with citizens, provide new channels of participation and collaboration from the implementation of agile working methodologies. This initiative includes a “Smart Cities Radar”, an accelerator, and various activities and events for startup.

Other examples at the international level can also serve as inspiration in the region. Among the programs and policies aimed at generating demand for new solutions, those developed by the UK Government stand out. Since early 2010, the UK generated a series of actions to facilitate public procurement access for small digital companies. This process culminated in 2017 with the development of programs that approached, through non-traditional channels, new digital suppliers to specific challenges of their government units. Thus was born the “GovTech Catalyst Program“, a multidisciplinary team, part of the Government Digital Service, which was responsible for defining challenges, identifying innovative companies, co-developing solutions, and testing them. The program was accompanied by the “GovTech Fund” with 20 million pounds to pilot new ideas. In Europe, the great work of GovTech Polska, an experimental unit founded in Poland’s President Office and which has now been institutionally consolidated in the Government, also stands out. Other countries such as Lithuania, Denmark, Israel, and Portugal have developed their GovTech programs, each with characteristics and strategies adapted to their institutional context.

There are also private initiatives that demonstrate the dynamism of the GovTech space. In the region, BrazilLAB is considered the first GovTech accelerator; Govtech Peru and the Govtech Hub, which organize meetings and spaces to boost the ecosystem. At the international level, the English PUBLIC, a hybrid between accelerator, investor, and promoter of the European GovTech ecosystem with its GovTech Summit; the Silicon Valley venture capital fund GovTech Fund; the Israeli open innovation consultancy GovTech Creators; or IE University with its PublicTech Lab. These players, without a doubt, are strategic allies for local governments that are determined to walk the GovTech strategy.

GovTech ecosystems are already a reality and a way to drive digital transformation in local governments in Latin America and the Caribbean. In addition to international initiatives that can serve as inspiration, there are already many experiences, programs, and policies at the regional level that can be leveraged to boost the GovTech space in Latin American and Caribbean cities.

Do you consider that your city has elements and preconditions that would help to articulate a GovTech ecosystem in your territory? We are generating a regional GovTech ecosystem, and we would love to know more about your municipality. If you are interested, please write us in the comments to continue the conversation.

Mariel Sabra is Lead Specialist at IDB Lab, the innovation laboratory of the Inter-American Development Bank. She has been working at the IDB for more than twenty years, designing, supervising and evaluating innovative projects that generate solutions to economic development problems in the region. In this context, she has specialized in projects managed from the private sector using technology for inclusion, focusing especially on youth and women. Mariel is an economist from the University of Buenos Aires, and holds a Master's degree in Applied Economics: Social Evaluation of Projects from the Pontificia Universidad Católica de Chile

Beatriz Belmonte works as Head of Service and Experience Design at the PublicTech Lab at IE University (Madrid). Currently, Beatriz is focused on projects that showcase the transformative role of design for the public sector and governments. Her professional experience includes more than 10 years leading digital service design projects for the public and private sector in various industries.