Growing urban populations in Latin American and Caribbean (LAC) cities put an enormous pressure on transport systems, especially in sprawling cities with increasingly far-flung residents. In this context it is essential to facilitate the design of public infrastructure in an efficient and participatory way.

Community mapping of urban infrastructure can play a central role. In 2019, to inform and encourage urban transit mapping, a consortium of partners – the IDB, WRI Mexico, MIT, Columbia University, and Mastercard – created DATUM, a platform that acts as a guide for collecting, processing, and publicizing urban mobility data. DATUM, or Datos Abiertos de Transporte Urbano y Movilidad (Open Urban Transport and Mobility Data), brings together lessons learned and open-source tools to facilitate projects in cities throughout the region, especially in places where those residents that depend on public transport don’t have clear information about routes and schedules.

To inaugurate the platform, DATUM supported a pilot mapping in Santiago de los Caballeros, Dominican Republic. Historically, Santiagueros didn’t have standardized information about public transportation routes. Neither Google Maps, nor Moovit, nor any other application or platform, be it global or local, could offer information on what bus or what route to take to get to work or leisure. This left residents reliant on informal methods like ‘word of mouth’ to get around.

And so, DATUM launched Mapeando Santiago in June 2019. The project includes trainings, public transit route mapping, GTFS data processing, and a complementary mapping of accessibility and security conditions for elderly and disabled residents that included participation from a number of local actors every step of the way.

Participation as a basic principle

The Mapeando Santiago project placed special attention on the participation of city residents and on understanding the needs of regular transport users. In collaboration with Santiago municipal authorities, CDES, the Catholic Pontific University Madre y Maestra (PUCMM),transport operators and users, and organizations representing disabled groups, the mapping was guaranteed to be a truly inclusive community project. The participation of local groups encourages the continuation of the project in the long term, builds local capacity, and allows services and policies to be designed at the local level.

Thirty students from local universities were trained on the MapMap mobile app and best practices for the mapping exercise. The students – who came to the project from PUCMM, the Autonomous University of Santo Domingo, the Technological Univeristy of Santiago y la National Evangelical University – traveled along 29 urban routes and 25 off-shoots, and 6 interurban routes, recording georeferenced data on the routes and stops with the app.

Another open-source app, Mapillary, was used to collect images of the public space along transport routes. In total, 120 trips were recorded and processed.

The standard GTFS format allowed the data to be shared with Google Maps, which can now inform trips on public transport for the first time in the Caribbean.

Accessibility and security in public transport

The need to collect information on public transport conditions and the importance of involving the community came together in the qualitative complementary mapping, which was realized along selected routes and the surrounding environment. Three techniques were used to assess the security and accessibility of public transport routes and user perceptions of the service:

The information collected in the complementary mapping will be shared on September 27 with all participants and authorities of Santiago for their use in decision making. The most eloquent result of the pilot was the launch the first map of urban routes in the city.

Mapeando Santiago demonstrated a successful community mapping initiative using methodologies and tools suggested by DATUM. The results will tangibly improve the user experience on public transportation in Santiago, and the consistent involvement of community groups has left the city with well-trained and committed residents that will take up the monitoring, updating, and improvement of the mapping after its initial implementation.

The experiences and results coming out of Mapeando Santiago will be presented at the closing event on Friday, September 27th. The data will be made available in the DATUM online portal, and for use in the IDB-sponsored hackathon that will be hosted in the Dominican Republic in the coming months, to reinforce local capacity using GTFS data and geospatial analysis.

From this experience, we at DATUM hope to involve more cities so that they can benefit from active citizen participation in the design of urban infrastructure. Learn more about partners’ experiences, suggested methodology, and open-source code for mapping and processing data at datum.la, our resource center for participatory urban transit mapping. 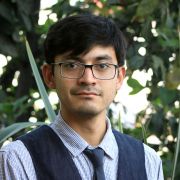 David Escalante: Transportation Planning and Operations Manager at WRI México. David has worked as consultant in urban mobility planning in Mexico, Brazil, Argentina, Colombia, Peru and Panamá, focused on public transport projects. He was Planning Deputy Manager and Technical Coordinator of the General Direction Office for the Mexico City’s Bus Rapid Transit (Metrobus). David is an expert in tansportation modeling, public transport planing, implementation of BRT corridors and evaluation of operational and financial performance of transport systems. David is a Transportation Engineer and has been a profesor at the National Polytechnic Institute in México 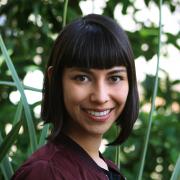 Tania Pérez: New Mobility Consultant, performs research, analysis and documentation of new mobility models to accompany cities in their understanding and possible regulation. She has experience as a public transport consultant at the Institute of Transportation and Development Policies. She has a degree in Industrial Design. 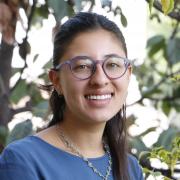 Ana María Martínez: Consultant for WRI in the area of ​​Science and research.

Edgar is a map-maker and civic technologist with a background in Environmental Science, Policy and Management. At the IDB, he explores strategies in public service innovation in Latin America and the Caribbean. Particularly, through the deployment of open software for geostatistical analysis to improve the technical capacities of local governments, bridge the geographic data gap in the region, and build climate change resiliency.

Natalia Coachman is a Housing and Urban Development Consultant at the Inter-American Development Bank. Previously, she worked as an urban consultant for the World Bank Group, as a researcher for MIT CoLab and Civic Data Design Lab, and as an architect leading projects in diverse Latin American Countries. Natalia holds a Master’s in City Planning from Massachusetts Institute of Technology and a B.A. in Architecture and Urbanism from Escola da Cidade de Sao Paulo.