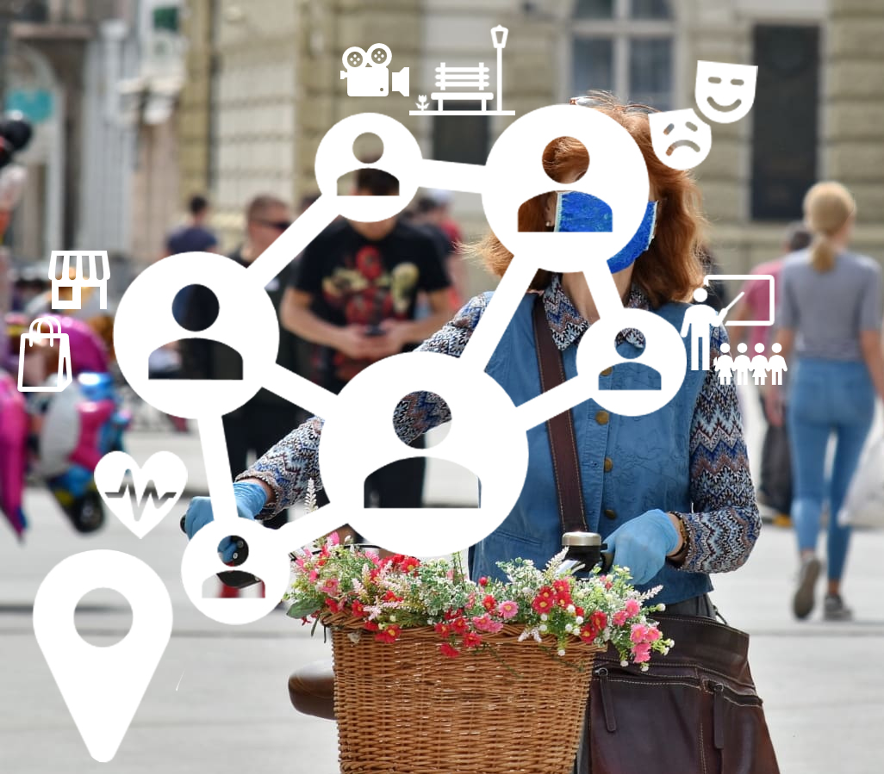 It is hardly news that COVID-19 is changing our cities: ghost business districts, a collapse in tourism, less traffic, increased online deliveries. Nor is it a surprise that much of the creative sector is struggling with the extended shutdown. Global audiences are staying at home, producers are paralyzed, new launches are risky, and investors are scarce. But amongst all this, exciting, place-based solutions are starting to rise up.

A brief history of western culture reminds us that such localised cultural experiences are by no means new. The old way of putting on theatre was from town to town, like an iterative circus, or in distinctive, permanent venues like  Shakespeare´s globe and the Greek amphitheatre. It was an experience embedded in local audiences, often related to religious or local festivals.

Later came the ballet and opera, with less localized and more universal content, often in its original language. Show business, as now understood, followed this with Broadway theatre in the 1900s and Hollywood film productions in subsequent decades. Both performing arts and cinema have been adapting ever since, culminating in global blockbusters and large-scale concerts and commercial festivals, which can command audiences of more than a hundred thousand. At the same time, Disney and others have built theme parks-based around global (Universal) content, and intended as once-in-a-lifetime visits, and where things are much the same wherever they are located.

When you participate in a local event, it will be more intimate than a 100,000-stadium concert. When you watch a locally themed documentary, it is more likely that you will become involved in the issues. Nothing is strictly wrong in the universal model, but by disqualifying the global competition for a while, the pandemic is providing opportunities for localized culture. With the multiplexes and stadiums closed, the small mobile format Opera Camion in Rome, or the Hong Kong Jockey Club art programe are bringing high-quality culture to neighborhoods.

In a previous blog, we discussed the adaptation of under-utilized or temporarily closed venues such as stadiums and hotels, and it seems that public space is also transforming to meet citizens’ new needs. In response to the pandemic, cities like Milan, London, Montreal and Bogota are expanding cycling lanes and pedestrian areas. Similarly, cities in Italy have provided tax exceptions for the use of public spaces by bars, restaurants and other business while Rotterdam and Washington DC are re-using their car parks. At the same time, existing public spaces such as parks are being used more than ever before.

Such responses to the pandemic have been in the form of small urban changes that can be implemented faster than traditional master planning or zoning plans. Also known as urban acupuncture and considered as ´tactic´ rather than strategy, it benefits from being a less bureaucratic processes, implemented relatively quickly and cheaply. These localized signs can trigger a chain reaction of enhancement in the quality of the surrounding urban environment, from an increase in social cohesion to an improvement in public safety. Adapting corners, small plazas, parking lots and sport fields as centres of creative enterprise help citizens to interact with neighbors, meet our needs locally and build collaboration in times of crisis.

Some cities are already working in this direction in different ways. At the city level, Vienna’s summer festival programme created 25 COVID-19 safe spaces to encourage activity and interaction, engaging people in public space, while Santiago involved artists in the reopening of the metropolitan park. On a smaller scale, Buenos Aires’s Cultura Puerta a Puerta, brought culture to old peoples’ doors while Helsinki’s Gift of Art brought culture into public spaces and streets at the micro-level. Milan’s Piano City put on concerts in squares and streets, to which residents listened from their balconies.

Finally, new spaces and developments are coming up, bringing together private and public efforts. Back to the Streets is a US nationwide effort to jump-start a return to public life. Artists, sponsors and business owners are matched to create new public murals throughout neighbourhoods across the country, an initiative that started pre-COVID but has been galvanised during the pandemic.

When it comes to rethinking the city after COVID-19, culture and creativity cannot be there just for inauguration days, it is an intrinsic part of a collective, bottom-up solution, interlinked with local economic development, education, climate change, public health and many other considerations. It is time that corners, small squares and public spaces stopped being leftovers and unloved scraps in the urban realm, but ‘the place to be’ for citizens and culture.

For general information about culture-based urban revitalization and COVID projects, please download: Creative and Cultural Industries in Urban Revitalization: A Practice Based Handbook

Guest Author: Paul Owens is co-founder of BOP Consulting and an internationally recognized expert on culture and the creative economy, with a particular interest in the relationship between culture, creativity, and urban development. Over the past 20 years, he has pioneered new approaches to supporting culture in cities working with policy makers, city leaders and creative businesses – launching a range of innovative programes such as New Media Knowledge (London), Cultural Industries Advisory Service (Manchester) and STEP (Supporting Talent into Enterprise Programe, UK).

He now provides advice to governments and businesses across the world. Since 2012 he has been Director of the World Cities Culture Forum (WCCF), working on behalf of the Mayor of London to develop and manage a network of 40 major cities, promoting culture within urban policy. Paul is currently a trustee of the Achates Philanthropy Foundation, which promotes private sector support for culture, an advisor to AESOP (Arts Enterprise with a Social Purpose), a Visiting Lecturer at Shanghai Theatre Academy, and a Fellow of the Royal Society of Arts.