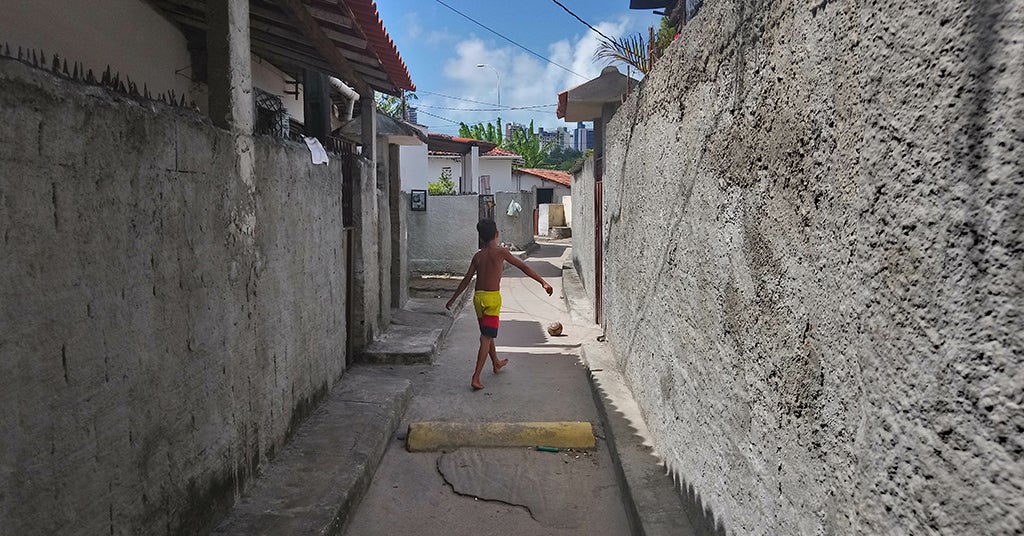 When we think of projects involving housing for low-income people, the examples which appear in our minds are in general characterized by massive buildings, with uniformity and poor architecture aesthetics, without landscaping and with unwell thought-out maintenance. Beyond that, often, housing solutions are developed in regions distant from networks of employment, transport, urban infrastructure, leisure, among others.

These are recurrent characteristics, due to several factors including: the scale of the social challenge which needs to reach thousands – if not millions – of families; a civil construction sector which often chooses to privilege new constructions in larger sets instead of smaller interventions; the lack of articulation with the community, since the projects designers often do not take resident’s preferences into account; low budgets available; financial calculations generally not including economic, environmental and social collateral costs; procurement processes which are not in accordance with sustainability criteria.

In João Pessoa, capital of the State of Paraíba, a set of forces have aligned in the effort of changing this picture. Under the Sustainable João Pessoa Program, a partnership between the City Hall and the Inter-American Development Bank, for a value of USD 200 million, the resettlement of more than 800 at-risk families in the area called Beira Rio Complex is expected. The construction of housing units for these families will also be accompanied by urban improvement works for the eight communities which are part of the complex, such as paving, public lighting, drainage and linear park along the Jaguaribe River.

From the beginning, the teams agreed on the importance of changing paradigm and are proposing an intervention based on fundamental pillars such as:

Internally, with the collaboration of partners such as the Brazilian Council for Sustainable Construction, the teams were trained, through several workshops on gender equity and green building. Last year, information and discussion sessions with key partners such as professional associations of the construction industry, architects and engineers were also organized, so that the local business network could be more receptive and proactive about these innovations.

Now, the time has come to start with concrete proposals: on January 24, 2020, the City Hall launched two calls for expression of interest, addressed to companies from all over the world, wanting to prepare, respectively, social housing and urban infrastructure projects. We hope that innovative proposals will arrive so that we will be able to tell the next chapter of this story soon! Call for Expressions of Interest Open Until 11 March 2020 for Innovative Infrastructure Projects and Until 26 March 2020 for Innovative Housing Projects.