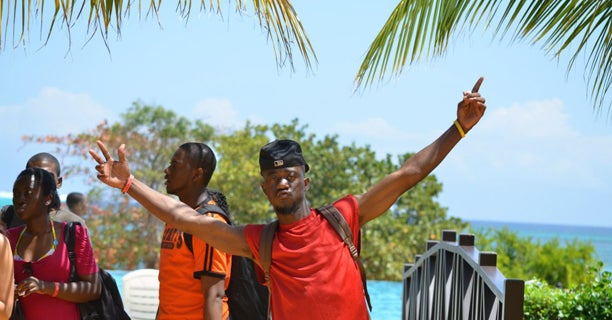 When I was 14 years old, I stood at my window and watched as a young man ran for his life and another young man calmly stood, aimed and shot him to death. They were both under the age of 25. The following year, my best friend, 15 years old, barely made it to his front door before he collapsed. He had stab wounds over his entire body. In that same year, my brother and I would be held at gunpoint by an 18-year-old male.

Endangered species are those that face a significant risk of extinction (Klappenbach, 2014). At risk youth are “young people whose potential for becoming responsible and productive adults is limited by challenges within the ecology of their lives” (McWhirter, 2007). These challenges include low socio-economic status and living in a single-parent home (US Department of Education, 2014). Therefore, for the Bahamian at risk male whom has a low socio-economic status and likely lived in a single-parent home to be deemed an endangered species, they must face a significant risk of extinction. Let’s look at the facts.

On the current Royal Bahamas Police Force website, 65% of the “Wanted Suspects” are under 27 and they are all male. In 2013, there were 119 murders recorded in the Bahamas. Of these murders, 102 victims (86%) were male and a shocking 72 victims (70%) were between the ages of 18 and 35 (Greenslade, 2013). Even more disturbing is 70% of the murders committed in 2013 involved a person who was out of jail on bail – either as the victim or the perpetrator. This means both the victims and perpetrators were already involved with a crime prior to their death or next murder. Young Bahamian men are dying. And young Bahamian men are their killers.

A study carried out in the United States revealed more than 50% of all youths incarcerated for criminal acts lived in one-parent families when they were children (Rainbows, 2014). So we know there is a correlation between single-parent homes and young offenders. The Bahamas Department of Statistics states, “births to unwed mothers remain the largest annual natural increase to the Bahamian population”. In 2009, 62% of births were illegitimate. This implies there is only one parent at home, and likely, that parent is out working. Youths are then left without adult supervision for some period of time.

There is no simple solution to this matter of youth crime and premature deaths. But perhaps one way to combat this issue is after-school programs. A review of 35 studies revealed “test scores of low-income, at-risk youth improved significantly in both reading and mathematics after they participated in after-school programs” (Lauer et al., 2006). Beyond academic progress, however, personal and social skills can also be taught in after-school programs through promotion, prevention and treatment interventions (Durlak & Weissberg, 2007). These skills include: leadership, conflict resolution, self-esteem and problem-solving. After-school programs where active forms of learning and a “sequenced set of activities to achieve skills objectives” are used tend to be the most effective. Specifically, “there is significant improvement in youths’ feelings and attitudes (i.e., their self-perceptions and bonding to school), their behavioral adjustment (i.e., increases in positive social behaviors and decreases in problem behaviors and drug use), and in their school grades and level of academic achievement” (Durlak & Weissberg, 2007). This option, then, appears viable.

The Bahamas has already begun the implementation of programs to battle this issue. IDB’s current project, Citizen Security and Justice Program in The Bahamas, will also assist with this dilemma.  We must continue to fight because we are at risk of losing our youth in the country. And they are too valuable to lose.