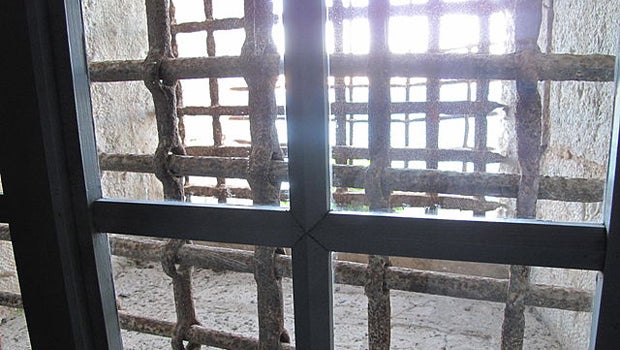 A recent blog I wrote entitled, “At-Risk Young Men in the Bahamas: An Endangered Species?” led me to conduct an interview of a young male, John (not his real name), who committed manslaughter at the age of 18. The purpose of the interview was to shed further light on the issue of youth crime in The Bahamas.

John grew up in Englerston, a low-income area of the Bahamas where violence is the norm. In fact, John was once shot twice in a drive-by shooting in his neighborhood and witnessed several gun-related incidents as a child. Marijuana and cocaine were rampant. Calling himself “the bastard child”, John was a product of his father’s extra-marital affair. His father was not present in his life and he was raised by his mother, aunt and grandmother.

When he was thirteen, John joined the War Dukes gang. According to him, he joined “because of peer-pressure” and there was a sense of identity and belonging.  He had the title of “Enforcer” in the gang and carried a pistol with him on most days.  Anger was an issue and John says he “was a bully”. He says, “I was young and wild” and “always wanted my own way” but felt he came from a “good home”.  John noted that he was constantly warned that the path he was on was not a good one but “when you don’t listen, you feel”.

John was at a dance on the night of the manslaughter. About to leave, John saw his friend was involved in a fight and “had to help” his friend . Noteworthy is that the initial persons involved in the fight had both spent time in prison. In the ensuing brawl, John “gun-butted” an 18-year old male and his gun discharged. The bullet hit the victim in his shoulder puncturing both his heart and lungs. He died that night. John would eventually be caught for the crime.

On October 2nd, 2000, John was found guilty of murder and placed on death row. It was his 19th birthday.

John succesfully appealed his case and the charge was commuted to manslaughter. His sentence was reduced to 5 years imprisonment plus time already served. He spent 6 months on death row and just over 10 years in prison for his crime.

The previous blog revealed at-risk youth tend to be from low socio-economic backgrounds and single-parent homes. This was true for John. As well, he was disengaged as a student and never completed high school. John was involved with various crimes since the age of 13 which eventually culminated in him taking the life of another. Was there anything that could be done to change John’s life before he got to this point? Sadly, his story is a rerun of many at-risk youth in The Bahamas.

After-school programs were mentioned in the previous blog as a way to combat youth crime. John was part of the Boy Scouts program when he was growing up. However, this program was not robust enough to combat the negative influences of friends and the environment.  Perhaps a program, specifically targeting young men with John’s background, focused on anger management and development of leadership and social skills may have been more effective. As well, the young man who died spent time in prison and returned to criminal activities. Could his death have been prevented? These recidivism trends are prevalent in The Bahamas, however, recidivism is predictable and risk assessments can greatly reduce it (Andrews, 1989).

Interestingly, John took full responsibility for his actions and decided to make changes in his life. He says, “In prison, I had to change”.  John notes he educated himself in prison and although, “I never read in school, I fell in love with pocket books in prison.” He believes prison was worthwhile because “it was prison or death” but he does not want to return. He says, “I learned the hard way and every day I’m still learning.”

I asked John what advice would he give to young men on the same path. His response was, “Education is the key”. This echoes the sentiments of Nelson Mandela when he says, “Education is the most powerful weapon which you can use to change the world”. And this is long overdue.