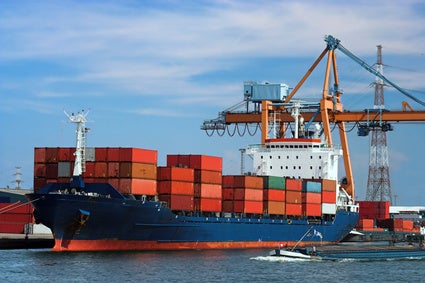 Miami, Florida – In an effort to re-invigorate maritime trade across the Caribbean, the Inter-American Development Bank (IDB) hosted a gathering of regional maritime officials for a round-table dialogue, as part of its Caribbean Strategic Agenda on Integration. The intent was to assess the results of its Caribbean projects, the critical lessons learned, and best practices from other regions. The comes as a follow-up to the April 2014 Association of Caribbean States meeting in Merida, Mexico, during which heads of state committed to further develop the areas of maritime transport, port connectivity, and trade facilitation in the Caribbean.

Officials gathered at the Miami Hyatt Regency on December 8 to constructively weigh in on transport and trade agendas, with a view to identifying opportunities for collaboration and engagement between countries, and between the Bank and countries. The dialogue further cemented the initiatives set forth in the “Merida Declaration”, specifically the support of port logistics and infrastructure, assessing the feasibility of developing a short sea shipping network, and the implementation the International Transit of Goods (Spanish: TIM) system.

Participants proposed additional goals for the region, specifically increased literacy in ship technology and the training to keep up with changing technology, boosting port efficiency, establishing standardized operating procedures, and strengthening value added services. These improvements, all of which would be aided through the use of a TIM, would serve to prepare for the expansion of the Panama Canal, which is set to provide significant economic opportunities for the region upon completion in 2016.

Gerard Johnson, general manager of the Caribbean Department, plans to be aggressive about a uniform data sharing system for the region, having recognized the need and desire through the round-table. “We can finance the design and implementation of the TIM, and the training to use it, the benefits of which we know will be tenfold. This is all about growth and plucking low hanging fruit. If we remove the inefficiencies, there is great potential.” Jesus Schucry Giacoman Zapata, representative of the Mexican Agency for International Development Cooperation (AMEXCID), reiterated Mr. Johnson’s comments, affirming AMEXCID’s partnership. “If the political will is there, and if you have the resources, we are here to provide support.”

Krista Lucenti is a Senior Trade Specialist in the Trade and Investment Division of the IDB based in Trinidad and Tobago. She coordinates the Division’s Caribbean operational portfolio which consists of projects focused on maritime transport and ports, trade facilitation, logistics and global services exports. In recent years, she has coordinated the Caribbean Strategic Agenda on Integration, undertaken research in the areas of trade and maritime transport, and coordinated regional policy dialogues. Prior to joining the Bank, Krista worked at the World Bank in Geneva where she supported work on the Integrated Framework, trade facilitation, and diagnostic trade and integration studies. She holds a PhD in Economics from the University of Bern, Switzerland as well as degrees from both the School of Oriental and African Studies, London and McGill University, Montreal