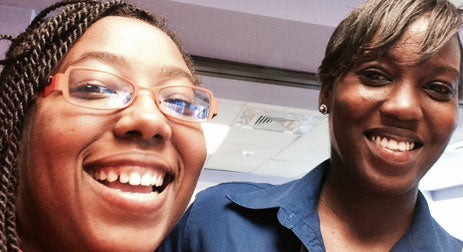 September 9th:  Arriving at my destination to speak at a Venture Capital conference sponsored by a local government agency.

September 10th and 12th: Attending the inauguration of the country’s Start-Up program and meeting the women behind that initiative and Startup Weekend. Listening to the manager of a prestigious private sector incubator.

September 11th and 12th: Meeting tech entrepreneurs and participating in pitch events showcasing the winners of two local pitch competitions— one run by a local university, the other  a National Business Model competition spearheaded by a US fund manager who visited this country last year, fell in love with it, and has supported different entrepreneurial activities since.

Can you guess where in the world I am? If you are thinking Silicon Valley, Israel, or Brazil, you’re wrong.

I’m in Kingston, Jamaica.  And I’m witnessing history in the making.

When I started working with the public and private sectors in developing entrepreneurial ecosystems in Latin America and the Caribbean more than 16 years ago, the world –in spite of the Internet boom – was a very different world than the one we live in today. We were beginning to experience the power of the Internet. Globalization was an issue discussed at an academic level. In Europe, the Euro had not been implemented yet. The region was not an investors’ destination, and there were subjects pending to be taken care of before we could be considered as a region with potential: poverty, economic crises, corruption, weak institutions, and lack of innovation better described us then.

Fast forward to 2014. The region has improved dramatically: many people who belonged to the Base of the Pyramid are now entering the middle class. No global or regional crisis has originated in the region  in a long time and better yet, we showed resilience during the last global crisis. Democracy is established at large. Globalization, coupled with access to technology, has shortened geographic distances, making access to information and knowledge available all over the world.

Add to this mix the benefits of many countries having a young growing population known as the Millennials. They were born and live in a world where technology allows them to reach out to anyone they want, learn and work in informal settings, and be informed of what’s going on in the world as events unfold. Most importantly, they have developed a sense of belonging to a global community where they can work together in teams.

And this is what’s happening today in Jamaica. The  entrepreneurial bug has infected this country  and there is no cure for this.

I have met these Jamaican entrepreneurs and they resemble any other entrepreneur from any country that has a well-established VC industry. They are full of drive, trying out their ideas to make them into viable business models that can attract financing.  Angel investors, incubators, accelerators, MVP, pivoting the model, are part of their daily lexicon.

Together with many actors that come from different sectors of the country, the MIF is helping this ecosystem thrive: establishing a culture where risk of failure is accepted as part of the innovation and start-up creation process (fail fast, learn from your mistake, get up and move on to try again!), where being an entrepreneur does not mean having lost your job and not yet found your next one, but a life choice.

So …  yes, there is a Start-Up Jamaica, a Startup Weekend Jamaica, a Branson Centre of Entrepreneurship, a Jamaica LAB. And entrepreneurs are running start-up companies like Herboo, DocuJam, and Regal Farms Ltd.

Best of all, the Jamaican entrepreneurial movement and early-stage industry seem to have a greater participation of women than in other countries like the US or Brazil. Women are running the Start-Up programs and incubators, and start-up teams have women founders!

The future is bright for this island committed to fostering innovation from both government agencies and the private sector. At the MIF, we are working on a project with the Development Bank of Jamaica to strengthen this growing ecosystem for venture capital.

Have you seen signs of the entrepreneurial bug in Jamaica? And where do you think it will be seen next?

Principal Investment Officer in charge of MIF Early Stage Equity Group, MIF/IDB (Multilateral Investment Fund/Inter-American Development Bank). Since 1999, Ms. Garcia-Robles has created and guided the seed/venture capital investments of MIF/FOMIN in Latin America and the Caribbean as well as its high impact entrepreneurship strategy and angel investment programs. She serves on over 20 boards of directors and investment committees of seed and venture capital funds, and is frequently invited to speak at industry events on angel, seed, and venture capital, impact investment, entrepreneurship and women’s issues. She serves as jury member in many selection panels for dynamic entrepreneurs, including the IDB Demand Solutions’ Venture Night 2014-15 Competitions. She has been a Member of the US-Brazil VC Task Force hosted by the Commerce Department and the Kauffman Foundation started in 2006, a co-founder of the Argentinean VC Association/ARCAP and the Colombian VC/PE Association ColCapital; is an Advisory Board member of the Colombian VC/PE Association ColCapital, a Board of Directors member of the Latin American VC association/LAVCA, a member of the EMPEA DFI Council, and Advisory Board member of the Brazilian VC Association, ABVCAP, and of the Global Impact Investors Network Council (GIIN). In 2012 she co-founded WeXchange, the first pitch competition and platform of encounter between LAC women entrepreneurs, mentors, and investors. During 1994-1999 she worked as a Consultant representing many countries at the major UN Conferences. Before 1999, she designed global programs and training workshops on youth and women leadership issues. Ms. Garcia-Robles has a Master’s Degree in International Economic Policy from Columbia University and a Master’s in Philosophy and Education from the Catholic University of Argentina.