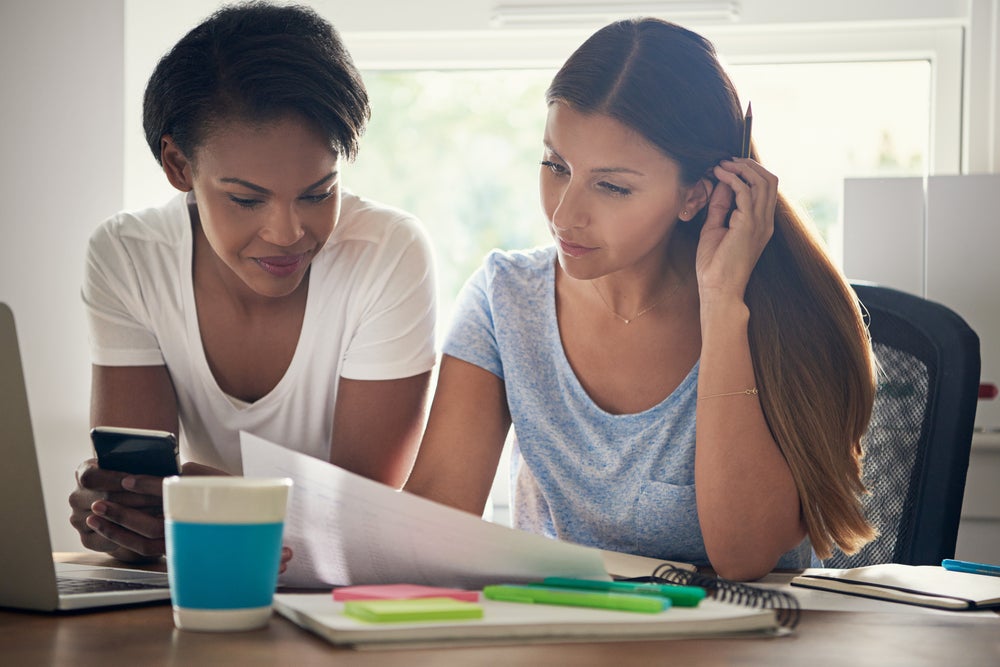 Capital, contacts and conciliation are known as ‘The Three Cs’. While all entrepreneurs experience challenges in starting a business, women have these three additional obstacles to overcome. And while there are several studies that show the more women in a company, the more profit that company makes, these obstacles remain.  If we want to see more women starting businesses, women must be supported to conquer ‘The Three Cs.’

The importance of the three Cs

In Latin America and the Caribbean, only 1% of female entrepreneurs have access to angel investors, seed capital and venture capital funds, the three sources of funding that can enable a business idea to become a reality. By contrast, 7% of men have access to this type of capital.

While women tend to fund their startups with personal resources or funding from family and friends, men tend to access more diverse sources. In addition, men can often dedicate themselves full-time to building the networks needed to carry out their projects, while women spend less time on their businesses to take care of their families and households. For anyone starting a business, establishing these connections is vital. It is especially important for women to have mentors, particularly experienced entrepreneurs, who value their business ideas and believe in their success. That is, mentors who invest time, effort and personal reputation in growing ideas.

Increasingly, female entrepreneurs play an important role in helping national economies transition from developing to innovation- and knowledge-based. In these innovative economies, new ideas and technologies become economic and social solutions. Women are also more likely than men to create social enterprises rather than companies driven solely by profit. Women are also more willing to create environmentally conscious companies according to a study on women entrepreneurs conducted by researchers at the University of Alberta in Canada.

According to a study by First Round Valley venture capital firm, the number of women a business has in leadership positions has a positive impact on the business’ financial returns. The study shows that investments in startups that have at least one woman in the founding team performed 63% higher than those led only by men.

Although companies with women in their teams generate higher financial returns, female-owned businesses are more likely to fail. Latin America and the Caribbean has the second highest rate of bankruptcy among female-owned companies in the world, according to a recent study.

If we want to change this situation, we need to increase and diversify women’s access to funding, promoting not only the search for financial capital, but smart capital. We should be promoting relationship building with mentors, private investors and business networks. Women entrepreneurs should also be more exposed to academic environments and international experiences that could positively impact their personal growth, business acumen and ability to forge quality connections and partnerships.

Both the public and private sectors should also promote work-life balance. According to  WeGrow, a report based on more than 400 interviews with female entrepreneurs from nine Latin American countries, 80% of women reported having children and that achieving work-life balance is the main challenge in growing their businesses. The study sought to understand profiles, challenges and needs of high-growth entrepreneurs whose businesses experienced growth rates above 20% in the last three years.

To promote high-growth female entrepreneurship, the innovation lab of the IDB, IDB Lab recently lead Foromic, October 30 to November 1, 2019 in the Dominican Republic. Foromic is an annual forum that provides a space for discussion on disruptive solutions, based on digital and new business models that have the potential to improve lives. At the event, we shared tools to promote financial innovation and women’s leadership.

Increasing the visibility of women investors in Latin America and the Caribbean is critical not only to facilitate the establishment of contact networks but to promote the creation of successful model companies. IDB Lab has published a growing list of investors in the region since 2016 together with the Latin American Private Equity Association (LAVCA). Governments, support organizations and the media also play a crucial role in promoting successful female entrepreneurs. And there is good news. Many of the 50 outstanding startups in Latin America in 2018 are run by women, and 33% of the fintech companies in this region (which offer their customers innovative financial products and services), have a female co-founder. We believe that their continued success and the future of female owned startups depends on the three Cs.