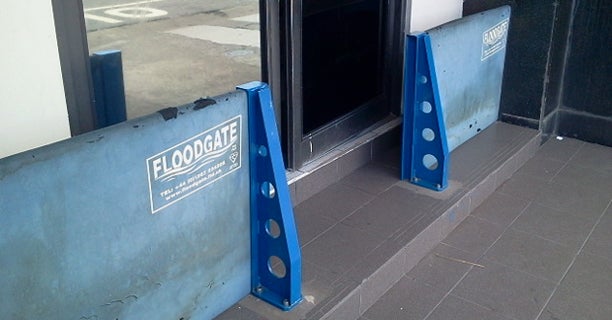 Flooding is by no means a problem experienced alone by those in tropical climates, but it afflicts the lives of people across the world. In February of this year, we saw the villages of Moorland and Fordgate in the United Kingdom besieged by flood waters and the grim impact of flooding in Burundi. Further underscoring the case that flooding does not only lead to hefty financial losses is what we saw take place in Jakarta, Indonesia, where its devastating effects included fatalities and mass displacement.

In the shores of Trinidad and Tobago, those who commute to or reside in the City of Port of Spain (POS) are not strangers to the calamity that is flooding. In fact, the population as a whole perennially anticipates headlines depicting the harsh reality faced by many during the country’s rainy season from June to December. Thus, it comes as no surprise that while walking along some of the streets in the heart of the nation’s capital, it is not uncommon to see some sort of flood barrier neatly tucked next to doorways.

On January 27th 2014, the IDB formally embarked on an effort to address the problem of flooding in the City of Port of Spain with the Government of the Republic of Trinidad and Tobago. The name of the project is the “Flood Alleviation and Drainage Program” and its objective is to minimize the negative impacts from the lack of or insufficiency of urban drainage infrastructure in critical areas of the country’s capital.

Not only will the program support the improvement of catchment management through works on drainage infrastructure, it will also target the improvement of mobility of the population within the central areas of POS through a linear park, and also work towards strengthening the agency responsible for drainage at the Ministry of the Environment and Water Resources. Additionally, the program will have climate change adaptation mainstreamed into the designs of the infrastructure works to be executed, which is an innovation in the context of Trinidad and Tobago’s efforts to mitigate their susceptibility to the negative impacts of climate change. The intervention will also, ex ante, address disaster risks associated with high rainfall events that affect the built environment of Port of Spain.

Another important innovation is the planned creative use of the built drainage infrastructure to overlay the aforementioned “linear park”. This linear park will provide a green space for recreation, social interactions and local economic development opportunities in the peri-urban communities.

Evan Cayetano is a water and sanitation specialist with the IDB since 1997. He has prepared and supervised loans and technical cooperation grants in the water sector for The Bahamas, Barbados, Jamaica, Suriname and Trinidad and Tobago and Guyana. He is the Team Leader for the ongoing Regional Strategic Action Plan for the Water Sector in the Caribbean to Develop Resilience to the Impacts of Climate Change (RSAP) and the focal point for the IDB Water and Sanitation Division for the Caribbean. Mr. Cayetano holds a M.Sc. in Coastal Zone Management from Florida Institute of Technology, a B.Sc. in Marine Biology from Texas A&M University.