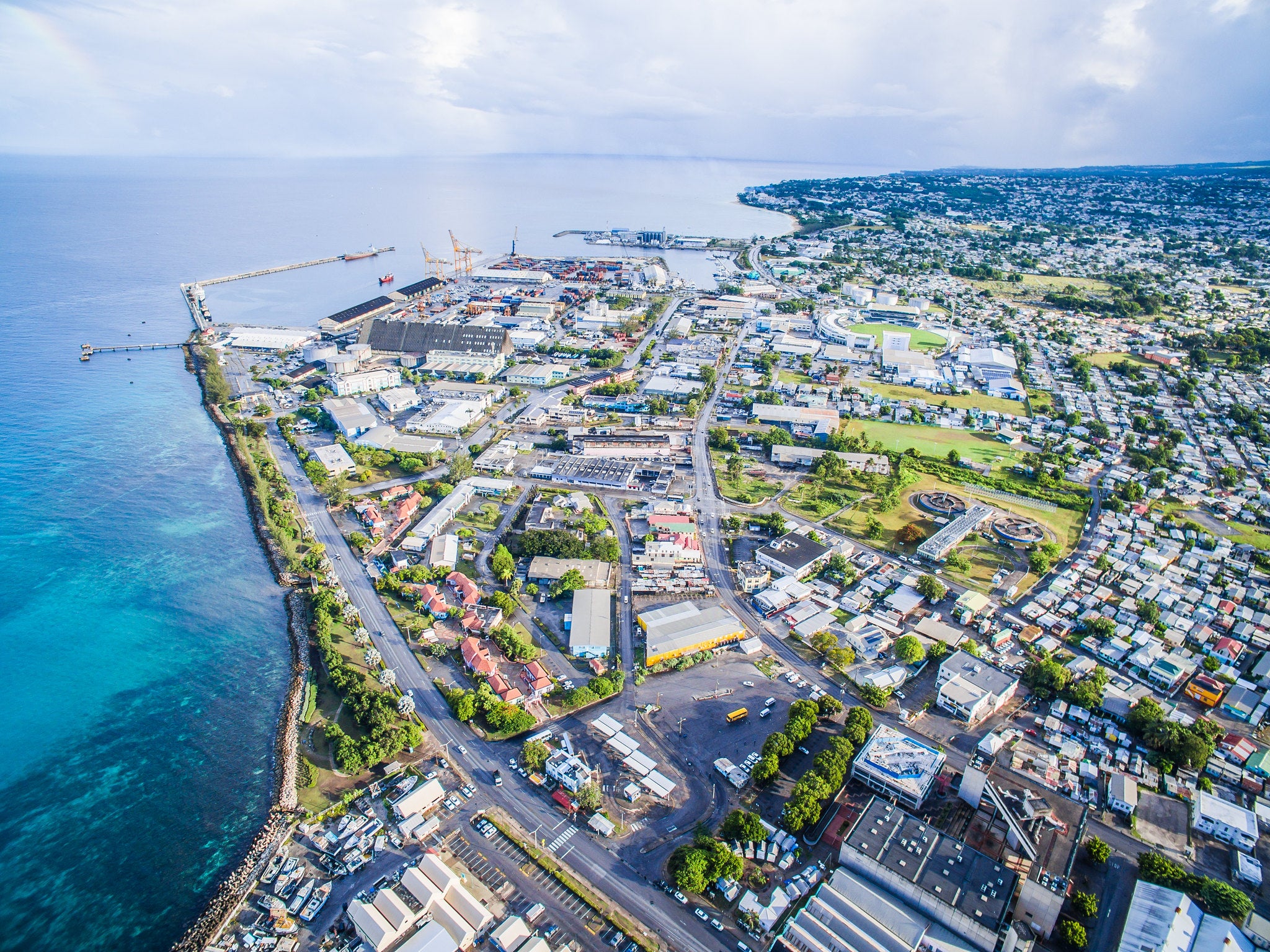 Throughout most of urban history, humanity has used nature’s resources to build cities and to release carbon dioxide at a rate that was well within Earth’s budget. However, beginning in the early 1970s, unsustainable growth accelerated and today, humans are now using 1.7 times the amount of Earth’s resources. This means that by July 29th each year, we will have consumed more resources than the Earth can regenerate in a year.[1] What can be done to reverse the ecological deficit? A response to this question must include local governments, including those in the Caribbean.

In the Caribbean, local governments have increasingly strong roles in public service delivery and environmental management. For example, the responsibilities of Parish Councils in Jamaica include “maintaining infrastructure and public facilities such as parochial roads, water supplies, drains and gullies, parks, recreational centres, markets…provision of local services such as poor relief, public cleansing, public health, street lighting…[and] building and planning approvals and development control.”[2] Likewise, local governments in Guyana can collect revenue through property and sales taxes and a wide number of licensing fees. In response, the IDB has bolstered the capacity of local government and utilities in the Caribbean. IDB Invest, for example, recently financed a US$4.5 million loan to Grand Bahama Utility Company Limited for the purchase and installation of smart water meters (12189-01).

The global community has recognized the critical role local governments play in supporting national and global sustainability agendas, such as in the Caribbean. The United Nations acknowledged the power of cities in 2015 through the adoption of the Sustainable Development Goals (SDGs) which includes a specific SDG for sustainable cities (SDG 11 – Making cities and human settlements inclusive, safe, resilient and sustainable). 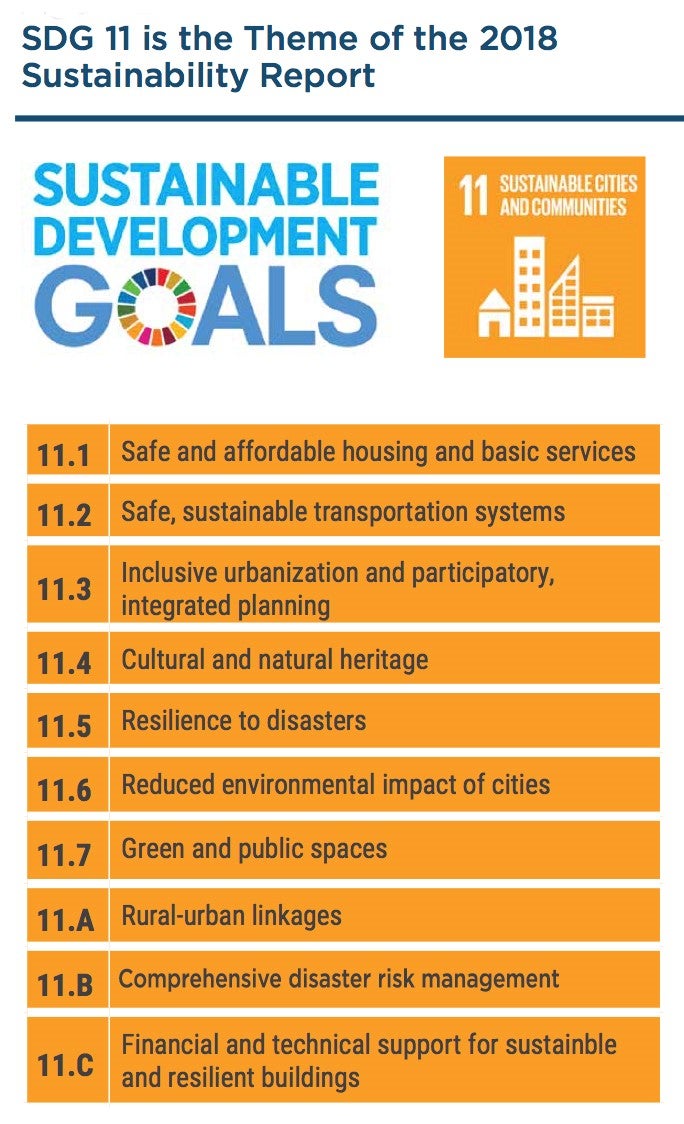 Throughout the Caribbean, national governments are empowering local governments to collectively help achieve the SDGs. Examples include:

Following this momentum, the IDB Sustainability Report 2018 focuses on models to implement the cities SDG, a commitment that will be possible to achieve with the participation of local governments. As the former UN Secretary General, Ban Ki-moon declared, “our struggle for global sustainability will be won or lost in the cities.”[5] Beyond the SDGs, the IDB report also contains new data on climate financing, which illustrates a near tripling of financing related to climate change since 2015. 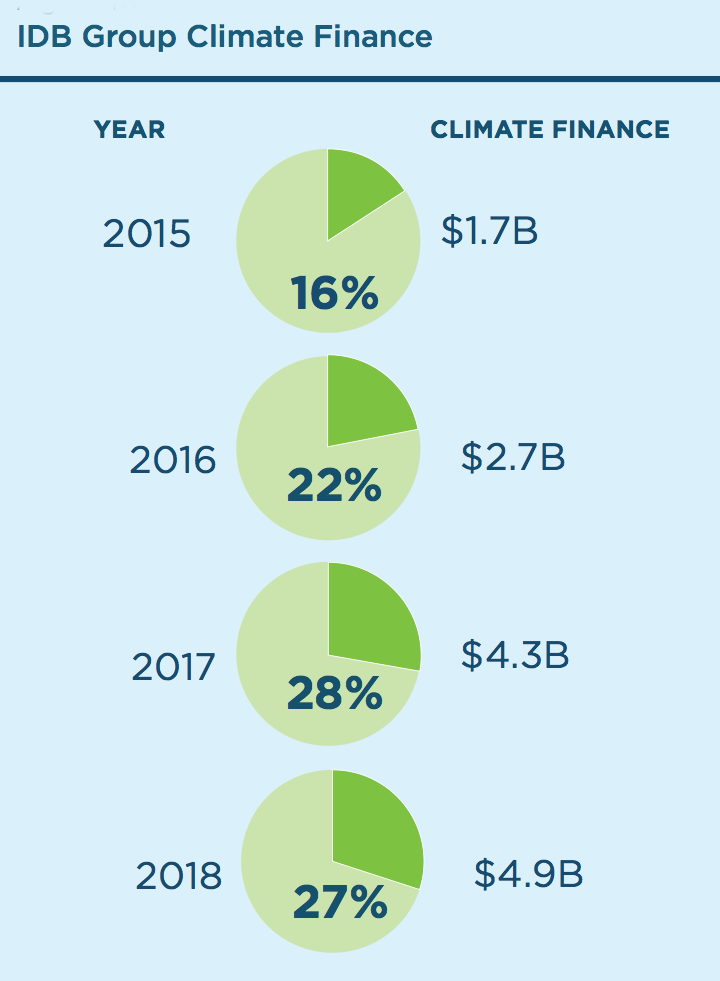 Beyond including information about IDB-financed projects in coastal cities of the Caribbean, the report showcases a new interactive web-based tool that gives updated estimates of sea level rise for both IDB member and non-member countries in the Caribbean. [6] The IDB partnered with Climate Central to provide this analysis of coastal flood risk and sea level rise exposure using updated geospatial maps and risk models to support countries in identifying their most vulnerable populations and assets. The Surging Seas Caribbean Risk Finder, includes:

The Surging Seas Caribbean Risk Finder is especially useful for vulnerable countries, such as the Bahamas, which is ranked highest in the Western Hemisphere in terms of land area, agriculture, GDP, and population exposed to sea level rise.[8] Indeed, over the last 30 years the 10 largest hurricanes and storms in The Bahamas resulted in more than US$2.6 billion in economic damage.[9]

Potential Impact of One Meter Sea Level Rise on Nassau, The Bahamas

Although the Sustainability Report articulates how the IDB’s projects and research align with the Sustainable Development Goals, these efforts equally respond to Caribbean-specific commitments, such as the Action Plan for the Implementation of the New Urban Agenda in the Caribbean, which seeks to “position local leaders as champions of change for sustainable urban development.” This is all the more important given that half of all 169 SDG targets have an urban dimension.[10] I hope you will join us in supporting national-local collaboration to achieve the SDGs in the Caribbean and beyond.

[3] Caribbean Network for Urban and Land Management, “The Power of Harmony – Localizing the Sustainable Development Goals in Trinidad and Tobago,” October 15, 2018.

[4] ECLAC (2019) Quadrennial Report on Regional Progress and Challenges in Relation to the 2030 Agenda for Sustainable Development in Latin America and the Caribbean.

[9] See the Centre for Research on the Epidemiology of Disasters (CRED) Emergency Events Database (EM-DAT), www.emdat.be.