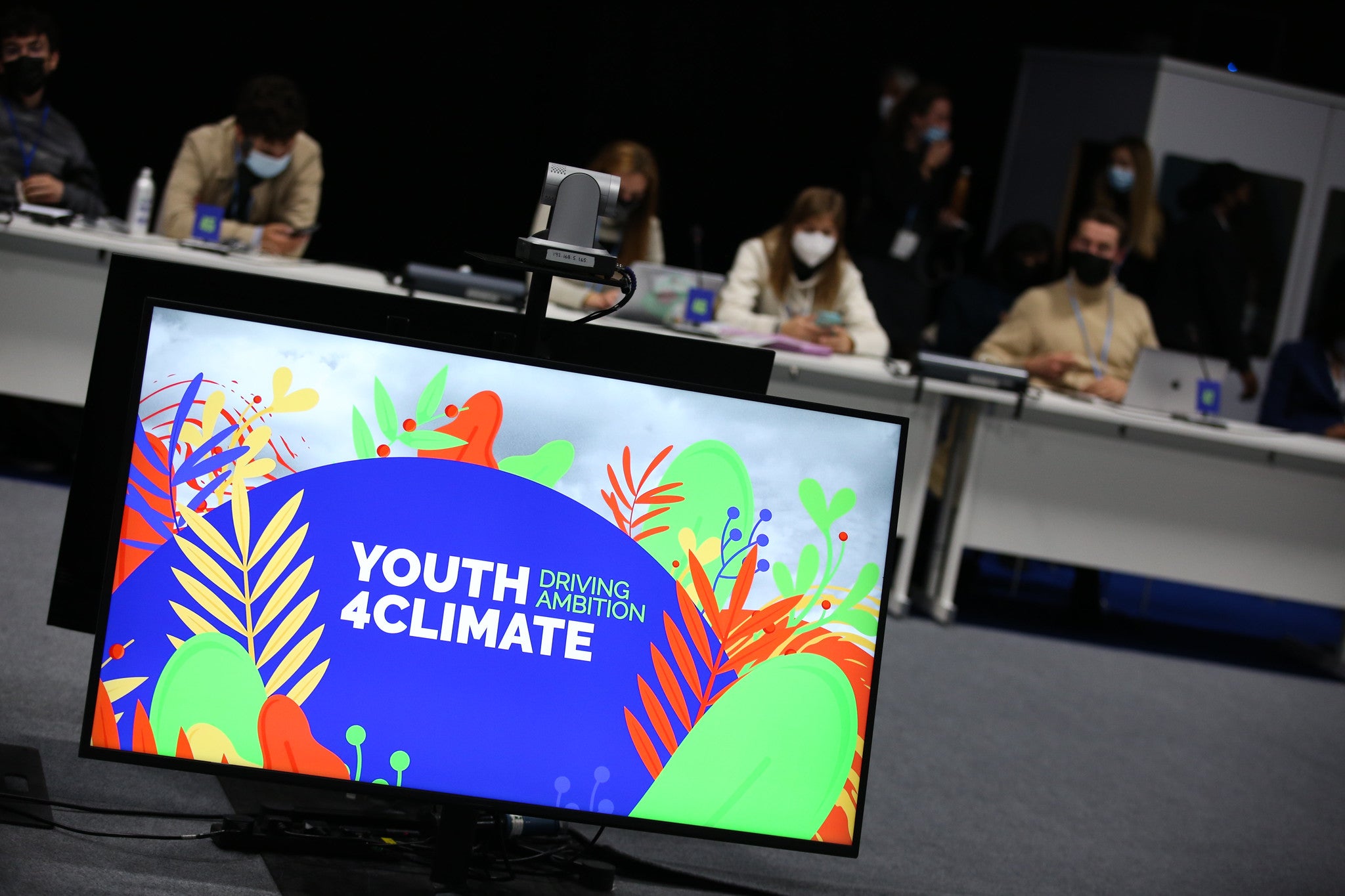 The Glasgow Climate Pact urged Parties and stakeholders “to ensure meaningful youth participation and representation in multilateral, national and local decision-making processes, including under the Convention and the Paris Agreement”, underlining the role of youth and the need to include them in climate change instances at all levels.

Since COP21 in Paris, Youth and Future Generations Day have been a key milestone of the Climate Change conferences and during COP26 youth representatives from different countries took the stage to underline the need to take words into action as their future is at risk.

Recognizing their critical leadership, we invited Ashley Lashley Youth representative of the Barbadian delegation at COP26 and founder of HEY Campaign to share with us the main takeaways of her Glasgow experience.

As a young person taking action for my environment is extremely important to me because my country is on the frontlines of a crisis in which we have never started. Witnessing the changes to my environment, for example, flooding, hurricanes, coral reef degradation, saltwater intrusion, and the influx of sargassum highlights the need to take action. There is a burning desire inside of me to secure an environmentally friendly future for the next generation.

COP26 was the first time that many young leaders, especially young women, were given the floor in different forums among world leaders and some of us were given the opportunity to be included in delegations. In this context and as the Youth Ambassador, it was a journey beyond my wildest expectations. Attending the Glasgow summit was a unique experience in which I was able to work on a bold developmental agenda from a young perspective among a set of huge financial expectations and commitments where world leaders must ensure that action is taken.

This experience provided me with the opportunity to connect and be engaged with hundreds of other young climate activists from across the world, to engage in a dialogue and exchange ideas hence establishing a new mantra for young people to be more meaningfully engaged in this fight towards a better environmentally friendly future for all.

Some of the key takeaways from this experience include:

One important matter during the negotiations was the need to create a Loss and Damage Fund as SIDS require additional resources to continue building their resilience and are already facing the impacts of climate change.

Barbados, like many Small Island Developing States (SIDS), is one of the most vulnerable island countries to the impacts of climate change. This year Barbados was struck by its first hurricane in over 65 years called hurricane Elsa which caused power outages as well floods and serious roof damages. This illustrates a clear example of the impacts we face and how vulnerable our communities are and hence the critical importance of continuing to build resilient infrastructure and local capacity, which requires financial and technical support from developed countries.

As Barbados continues to build its resilience, it has set out an ambitious aspirational goal to achieve a fossil-fuel-free economy and to reduce GHG emissions across all sectors to as close to zero by 2030 and is aligning all its efforts under the Roofs to Reefs Programme to ensure a sustainable vision for development and building climate change resilience in the country.

Additionally, I met with Mr Selwin Hart Special Adviser and Assistant Secretary-General for Climate Action at United Nations as I was also tasked with organizing an open dialogue between approximately fifteen youth climate change activists from Small Island Developing States. We discussed key areas for support and development, such as climate finance, more inclusiveness in the process but most importantly we look forward to continuing building bridges among us and pursue the south-south collaboration.

Being afforded this opportunity by my Barbados Government was a humbling and unique experience, therefore I believe further efforts are required to foster youth inclusion and meaningfully engage them in the different processes shaping the climate and development agenda.

After all, we are the ones that will be saddled with the burden and responsibility of driving the outcomes of future COPs and bringing about meaningful change that some of our governments fail to do. COP27 should pursue youth engagement and maybe ensure youth delegates for the next COP.

A Blue Roadmap for Barbados

How is climate change impacting small islands in the Caribbean?

Ashley Lashley is a UNICEF Youth Advocate who has a wide focus on social development issues particularly as it relates to health, the environment, children, and women’s rights. Miss Lashley began on her journey in 2015 with the establishment of The Schools Against Non-Communicable Diseases when she was 16 and since then she formed the Healthy and Environmentally Friendly Youth (HEY) Campaign which has gained regional and international attention and participation.