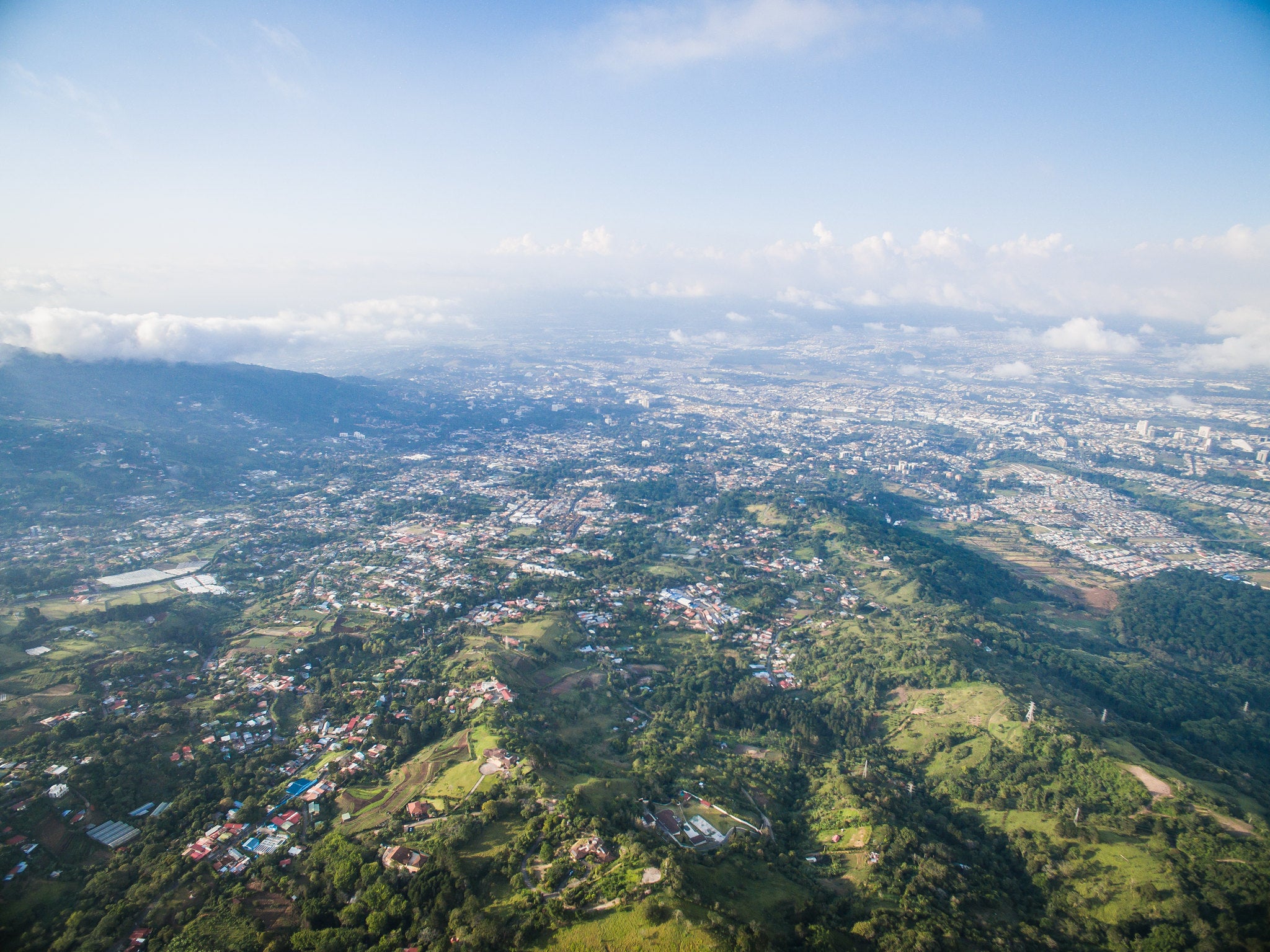 This blog was originally posted by La Republica

When President Alvarado unveiled Costa Rica’s decarbonization plan in March, he began by emphasizing that for it to be successful, the plan would need to improve lives for ordinary Costa Ricans.  In doing so, Alvarado demonstrated how he considers climate change as a development issue deserving of the same political attention and treatment as other pressing social and economic priorities.

The goal is an ambitious one, that touches upon societal and policy choices across all sectors. Yet let’s recognize the facts that climate change is a serious threat to prosperity across the world, within Latin America, and to Costa Rica. Climate change threatens biodiversity. Sea level rise and acidification of oceans threaten coastal livelihoods. Increased temperatures fuel natural disasters, increasing the frequency of high-intensity impacts that flood neighborhoods, destroy roads and bridges, and place stress on water supply services. The tourism industry that has benefitted so many Ticos is at risk. Climate change will increase the spread of diseases and threatens the agricultural productivity reducing stability of food prices and leading to food insecurity. As is so often the case, poor and vulnerable households are on the front line.

Taking measures to adapt to climate impacts and increase resilience of key sectors and communities is a priority. Costa Rica is already improving the way it plans transportation infrastructure and the important role of nature-based solutions for ensuring resiliency to many of the consequences of climate change. Yet adapting to climate change will have its limits if the causes of climate change are not addressed.  To avoid dangerous levels of climate change, global leaders, informed by decades of scientific evidence, have pledged to stabilize the average global temperature increase to between 1.5 and 2°C above pre-industrial levels. The science is clear: climate stabilization requires cutting global carbon emissions down to net-zero by around mid-century.  This requires all countries to take steps to decarbonize their economies. By launching a 2050 plan to decarbonize the economy, Costa Rica is demonstrating the leadership that is required. The long-term goal is certainly ambitious, yet the road to get there is pragmatic and realistic.

Costa Rica’s decarbonization plan is pragmatic because it starts from a clear vision of the ultimate objective: getting to net-zero emissions. By setting this goal, the President is responding to the lessons from over 30 years of climate science. At the same time, the plan identifies shorter-term objectives that will put Costa Rica on track towards achieving that goal. Measures include modernizing public transportation, electrifying the car fleet, maintaining renewable energy as the primary source of electricity production and harnessing digital technologies to improve the electricity grid, promote energy efficiency in buildings and within the industrial sectors. The Plan will also improve the waste management system of the country, increase agricultural productivity and the sustainability of livestock, with a prominent role for nature-based solutions.

These are realistic steps that, if implemented in a smart way, can provide benefits to ordinary Costa Ricans. Modernizing public transit is a priority anyway, needed to reduce often lengthy commutes of urban Costa Ricans and enhance business within the metropolitan area. Electric vehicles that draw on the abundant hydroelectric power, will reduce the cost of oil imports. In fact, if implemented smartly alongside a modernized power sector, electric cars should significantly reduce energy costs for all Costa Ricans. And if the cost of batteries continues dropping as it has in recent years, the strategy will pay for itself much sooner than most people think.  This is before factoring in the reduced cost of congestion and negative health impacts of local air pollution, estimated by Costa Rica’s Estado de la Nacion at 3.8% of GDP.

Improving Costa Rica’s waste management system is also a no brainer for a country that still lacks an integrated system despite its leadership in eco-tourism. Similarly, energy efficiency in buildings and industry can save Ticos money and make the country more competitive. And continuing with Costa Rica’s long-standing leadership in promoting ecosystem services can also help increase productivity of the agricultural sector whilst enhancing degraded landscapes.

While there can be little doubt that the plan is sound from a technical and economic perspective, implementation will require overcoming more political and institutional challenges. The Ministry of Environment and Energy has led in the drafting of the multi-sector plan. Yet implementation will require actions from across the whole of government. The Ministries of Transport and Agriculture will be particularly important, as will leadership by Hacienda and MIDEPLAN.

Fortunately, I had the privilege to meet some of the key Ministers last week and it was inspiring to see how the Cabinet are already focused on this next implementation phase. Perhaps unsurprisingly the modernization of the public transport system was on everyone’s mind, as it offers the most immediate and obvious opportunities for improving the lives of many Costa Ricans.

If the Cabinet jointly succeeds in implementing the near-term measures identified within the plan, Costa Rica will once again be a shining example of international environmental leadership. This 2050 decarbonization plan could become a blueprint for the region, and other developing and developed countries across the world.