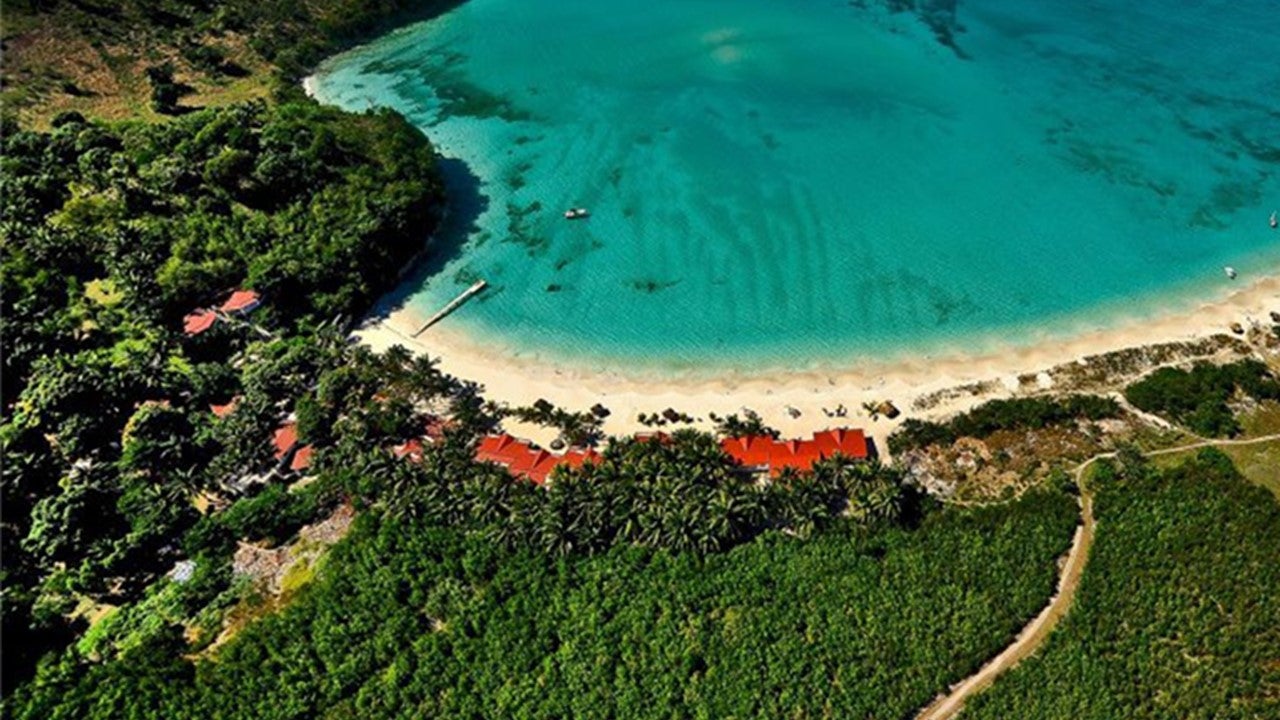 In December, climate change experts from all over the world will gather in Madrid for the 25th session of the Conference of the Parties (COP 25), under the Presidency of Chile. One of the priority topics of COP25 is the nexus of climate and coastal zones.

In case you are wondering why we need to talk about coasts at such a high-level event, the answer is simple: coastal zones contain the most important ecosystem services on the planet. Coastal seas make up less than a tenth of the world’s oceans, but 90 percent of all marine creatures live there. Coastal zones are amongst the most economically productive areas of the world spanning the lucrative sectors of fisheries, sea trade, pharmaceuticals, tourism, and the extraction of other marine resources.  At the same time, coastal areas are among the most vulnerable areas of the world with climate change-induced risks increasingly jeopardizing these productive activities on which many communities rely for their livelihoods.

Latin America and the Caribbean (LAC) has an abundance of such coastal communities. With as little as two percent of its land in the coastal zone, our region has now between 29 and 32 million people living there. Four LAC countries -The Bahamas, Suriname, Guyana and Belize- are among the top 10 countries worldwide in terms of the share of population living in coastal zones, a reflection of the high human exposure to risk in the region.

Sylvia Earle, an American marine biologist said that “even if you never have the chance to see or touch the ocean, the ocean touches you with every breath you take, every drop of water you drink, every bite you consume. Everyone, everywhere is inextricably connected to and utterly dependent upon the existence of the sea.” Yet we continue to take coastal systems for granted even though they are facing unprecedented pressures and existential threats. 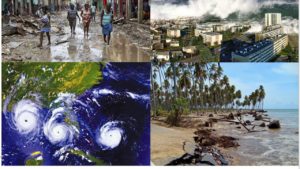 As the climate and coastal demographics change, the coastal zone is increasingly becoming at risk. Sand and marine mining regulation is weak; land use planning is often inappropriate; land based sources of pollution are increasingly impacting coastal ecosystems reducing their capacities to deliver vital ecosystem services; many natural coastal assets, particularly mangrove forests, coral stands, wetlands, seagrasses and beaches across the region have been destroyed; maritime traffic and the oil industry have both increased pollution; coastal tourism is increasingly becoming unsustainable; many of the region’s fish stocks are now in serious decline; the warming of our seas is causing coral reef bleaching and making extreme weather events more frequent and more violent. The list goes on.

As a result, we are less protected from the destructive forces of hurricanes and less carbon dioxide can be absorbed by coastal ecosystems – a vitally important process if we are to prevail in the fight against climate change. In addition, significant damages and losses triggered by coastal hazards and the continued degradation of coastal natural assets have compromised regional wealth and the economic base of coastal societies, at times irreparably.

In the last three decades, the Inter-American Development Bank (IDB) has advocated for new management strategies such as risk-resilient Integrated Coastal Zone Management (ICZM), which promotes decision-making based on the best available science in response to a growing awareness of risks from climate change and natural disasters. The financing of public sector investments in coastal baseline data, risk analyses and information systems, development of science-based shoreline management plans, emplacement of risk-resilient coastal engineering structures, leveraging ecosystem services for nature based coastal protection, institutional strengthening as well as and knowledge enhancement for the management and maintenance of coastal investments are only a few examples of the types of interventions that IDB has implemented over the years. With these actions, the Bank has been supporting the sustainability, resilience and economic prosperity of the coastal environment of its member countries. The cases of Barbados, Belize and the Bahamas are fantastic illustrations of how cutting-edge science and strategic investments can make countries more resilient to coastal risks in an innovative and economically viable fashion. 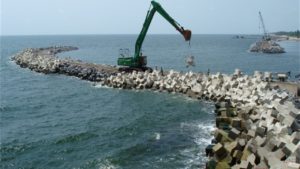 In 2009, IDB partnered with the Government of Barbados to invest in a Coastal Risk Assessment and Management Program. The objective was to reduce coastal vulnerability and impacts of climate change and disasters triggered by coastal hazards while building capacity in coastal disaster risk management and relying on science for evidence-based decision-making. Albeit technically ambitious and institutionally complex, this investment was successful at controlling shoreline erosion, improving public access to beaches, updating coastal risk data and developing disaster risk management capacities. The ocean front from Holetown to Heron Bay was improved, Holetown Lagoon was ecologically restored, and a National Coastal Risk Information Platform was launched, reflecting the accumulation of best practices resulting from previous investment programs and knowledge products.

As Belize is particularly prone to hurricane hazards and boasts a rich biodiversity that serves as the basis for its tourism industry, IDB’s approach there has focused more on building disaster risk resilience through policy reform and nature-based engineering with a focus on supporting biodiversity conservation and strengthening sustainable tourism. In 2017, a Climate Vulnerability Reduction Program aimed at implementing climate resilient measures in the tourism sector and at improving disaster risk management governance was approved. The intervention is expected to decrease the disaster mortality rate and economic losses in the tourism sector through flood reduction investment works in Belize City, improved management of natural capital in Caye Caulker and Goff’s Caye and the implementation of a Climate Risk Information System.    As part of its capacity building objectives, the IDB partnered with the University of Belize to deliver a course: ‘Climate Change Adaptation Planning for the Coastal Zone’ which successfully re-trained engineers and land use planners in the public and private sectors in key topics including probabilistic coastal risk modelling and the design of nature based infrastructure.

The Bahamas recently embarked on a Climate-Resilient Coastal Management and Infrastructure Program. Given its low-lying topography, the country is highly vulnerable to sea level rise, with climate change projected to exacerbate extreme rainfall events, coastal flooding and erosion, mangrove retreat and loss of coastal ecosystem services. As a result, IDB opted for a comprehensive approach that incorporates both ICZM and disaster risk management considerations to finance a combination of shoreline stabilization and coastal flooding control infrastructure in East Grand Bahama, Central Long Island and Nassau/Junkanoo Beach in New Providence with nature-based infrastructure for hazard resilience in Andros. In addition, the Bahamian Government will receive support for institutional strengthening for coastal risk management. The operation features a shift from conventional approaches towards demonstrating the effectiveness of nature-based infrastructure as a first line of defense against climate change, while creating a lasting capacity for ICZM through the phased establishment of a Coastal Protection Unit.

As the experiences of these three Caribbean islands demonstrate, when it comes to ICZM, an iterative approach is key. No one size fits all. Fifty years ago, people could be excused for not knowing much, or doing much, about coastal resilience. Today we have no excuse. Fortunately, whether addressing flooding at the shoreline of Belize City, supporting emerging tourism destinations in Haiti’s south coast or reversing biodiversity loss in western Barbados, the outlook is promising for future climate-risk-resilient investments in the LAC region.

This blog is part of the IDB Group’s COP25 Campaign. COP25, under the Presidency of the Government of Chile, will take place from 2 – 13 December 2019 in Madrid, with logistical support from the Spanish government.