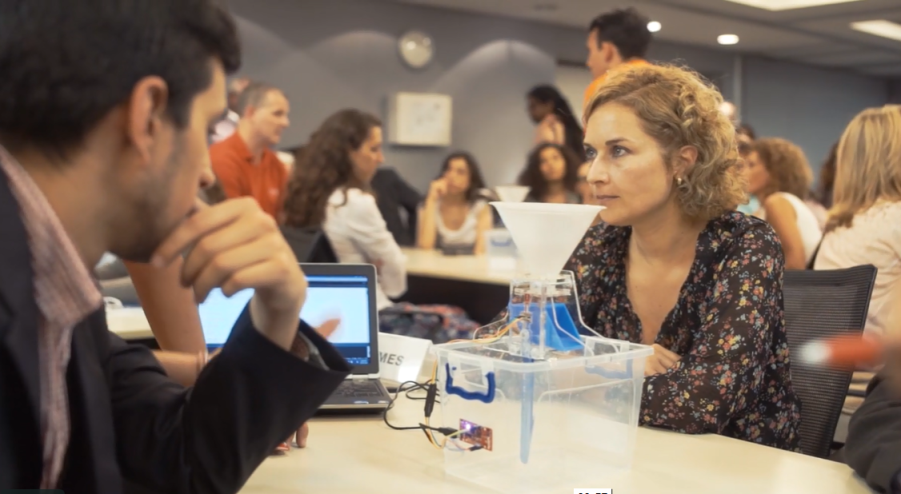 This is the standard phase we hear or say after seeing the results of a river’s strong swell. Floods that affect cities, forcing thousands of families out of their homes, floods in which they lose the majority of their belongings, floods in which economic activity is suspended and, as a result, income is diminished: These effects all form part of the dynamic of ecosystems, and are a significant influence on the evolution and maintenance of biodiversity.

For this reason, it’s of vital importance that national governments pay attention to this problem and channel political will into concrete actions in order to diminish the vulnerability and exposure of cities in the face of natural threats. Nevertheless, the role of organizations in civil society, working in conjunction with communities, becomes ever more relevant with respect to decision-making in this realm.

Disasters, by their definition, result from a combination of threats, conditions of vulnerability, and insufficient means to reduce negative consequences and potential risks in the face of threats, in this case, threats of natural origin. In other words, it’s the condition of not having the basic capacity to prevent risks, knowing that some territories are exposed to distinct seismic or volcanic activity, recurring river overflows, etc. To this, add the imminent threat of climate change, as in the case of hydrometereologic events.

Over the past six years, I’ve had the opportunity to work on support programs for those countries that have faced emergency situations due to disasters caused by floods, earthquakes, and volcanic ash. I’ve been able to experience the vulnerability of many cities that don’t have a regional plan for preparing for or avoiding such disasters. I have also reiterated the importance of national governments taking concrete action to prevent the risks posed by such disasters. Such actions range from formulating specific norms of governability and investment in risk reduction, to creating specific funds for financial protection.

Nevertheless, based on these experiences, I think that there’s a link in this chain of risk management interventions that calls for a more holistic approach. I’m referring to the very communities or neighborhoods whose residents are those who absorb all of the impact when disaster occurs. They’re the focus of the media and the priority of central governments only during the phase of emergency; later, the scene changes and everything returns to seeming normalcy, with the exception of affected residents, who are left to try to determine how to resume their social and economic activities.

In the face of this problem, Argentina convened a roundtable to address the issue of risk management with respect to civil society consultative groups (CONSOC) and reflect upon this “loose link.” They proposed to conduct a study to identify municipalities and/or provinces that have already implemented risk management initiatives or projects. The lessons learned couldserve to call attention to this problem and foster new ways of thinking about risk management with innovative solutions from the local level. The result of this study is called “A look at risk management from the local level in Argentina,” which was presented in a workshop with the participation of various subject matter experts, and national, provincial, and municipal authorities.

Five experiences were presented in this study; among them, the city of Santa Fe was presented as an example of how state policy can be consolidated to implement disaster risk management in a transversal manner across distinct policies, programs, and actions of city government. The objective is to identify and reduce risk, as well as improve emergency response.

The conceptual framework for thinking about risk management was addressed in this space; also presented were the IDB’s instruments for supporting countries in this region with respect to this subject. We closed with a simulation of the rising of the Plata River, configuring an early alert system for a municipality that is repeatedly affected by these risings. Emiliano Nuesch from the Pacific Company developed the so-called “Risk Lab” for this encounter, the objective of which was to display new simple, low-cost tools that allow citizens to connect with government to share information about vulnerable areas.

Through these interventions, it is hoped that this local-level view of risk can be kept front and center, with stakeholders seeking public-private synergies with the goal of finding alternatives that can be implemented in the short-term. We hope that the innovative solutions such as Risk Lab find resonance throughout the region and generate a dialogue of knowledge exchange that will contribute to a scenario in which no country in the region has to ever say again, “That flood was a disaster!”