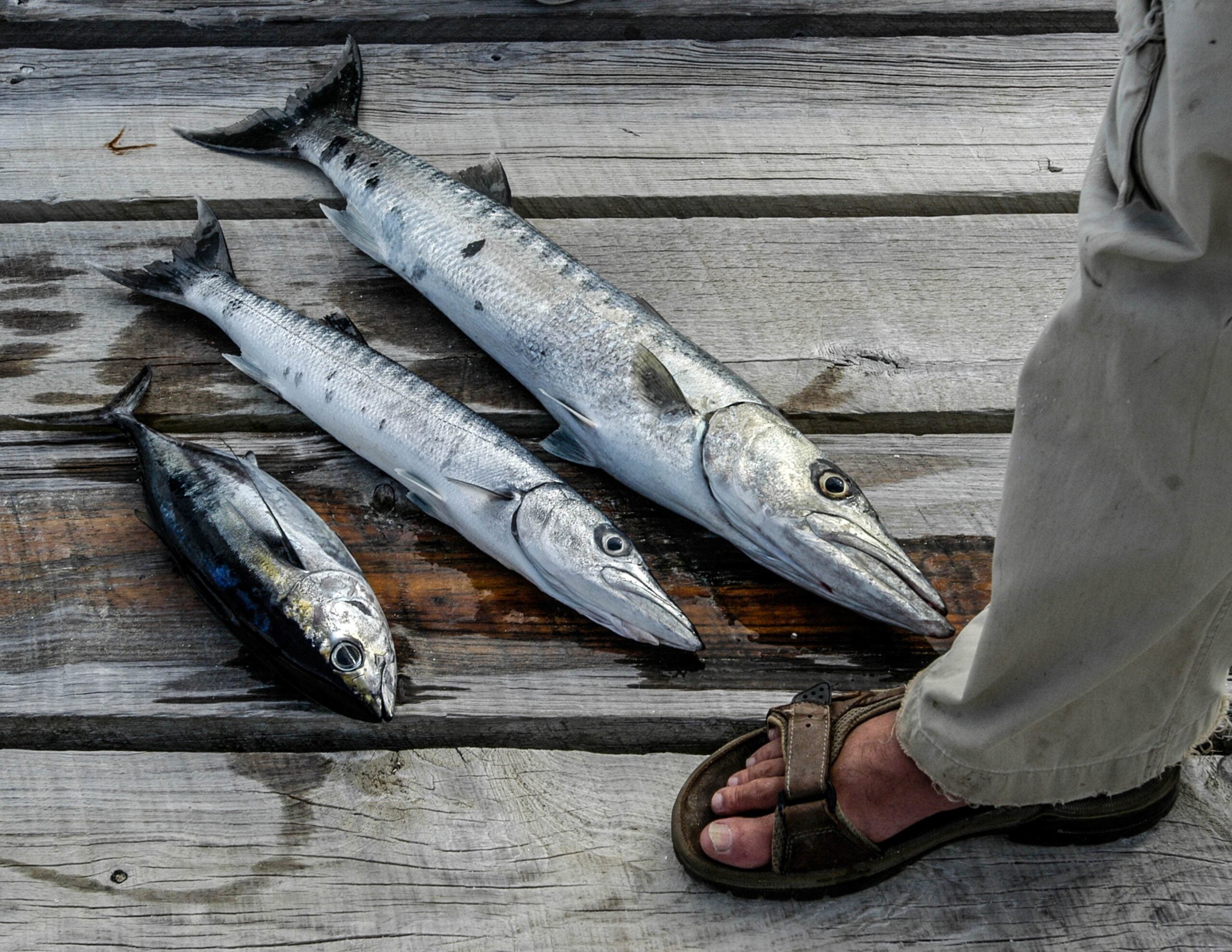 Featured in a previous post, the Ministry of Agriculture of Haiti (MARNDR) has been implementing the Artisanal Fisheries Development Program (AFDP) in the South-East, South, and Grand’Anse departments since 2015. The Program, funded by the Government of Haiti (US$ 1.5 million) and the Inter-American Development Bank’s (IDB) grant of US$ 15 million, aims to sustainably improve Haitian fishers’ incomes and to provide them with immediate productivity boost while alleviating the pressure on coastal fish stocks.

Last time we turned the spotlight on some fundamental questions and hoped to learn more as the program unfolded, between 2015 and mid-2021, the 78 participating associations received as many as 321 engines, 103 boats, 495 coolers, 85 freezers, 440 life jackets, 28 artisanal fishing aggregating devices (FADs), 50 FAD fishing kits and 158 GPS devices. After a couple of years and an internal evaluation[1] later, involving several members (881 members, 541 of whom are women) of the associations participating in the co-financing scheme, we can go back to the original questions and share some important insights and lessons learned.

What are the program’s impacts on key variables such as productivity, averted losses, and food security?

Over half of the association members in the three departments (and the overwhelming majority in the South-East department) saw their catches increase since the distribution of the new fishing equipment; an equivalent proportion declared that losses have decreased, particularly thanks to the storage and refrigerating equipment. Importantly, the additional catches have translated to higher sales of sea products (as reported by no less than 88% in all three departments). Between 80% and the totality of the respondents managed to save time or money, while between 90% and 95% feel more food secure. These findings illustrate the socio-economic relevance of this support mechanism. To further increase its relevance and impacts, findings show that the equipment menu should incorporate a wider range of coolers (more in number and larger in size), Fishing Aggregating Devices (FADs), and other hard-to-come-by equipment (such as fishing line and nets).

How can the program be more inclusive, especially regarding women and the youth?

All in all, there were few gender differences when it comes to training. However, focus groups have shown that younger participants have limited interest in picking up fishing for a living. Fishing does not seem to be socially valued and is therefore unattractive among young people, more prone to look for other, seemingly more profitable livelihoods. The co-financing mechanism has allowed associations to acquire modern equipment that appears to have boosted the sector’s attractiveness in the eyes of young people. Zooming again on the gender dimension, women had hoped to receive credit as part of the support, particularly to develop their fish processing and sales activities. However, credit was not part of the mechanism. The latter largely focused on fishing equipment (boats and engines), for which demand is low among women. However, women indirectly benefitted from the support because higher catches at sea translated to higher sales by the fish merchants (mostly women). Coolers are an excellent resource for the merchants as they keep the fish refrigerated, but scarce ice supplies limit their use. Dryers were not part of the equipment menu but were found to be promising items to add to future technology menus as they are pivotal to women’s post-fishing activities.

How to ensure proper maintenance, so as to extend equipment life?

Improper handling or storage of equipment is considered a significant issue by at least 20% of the associations’ members. These practices may, with time, limit the benefits to be reaped from the mechanism. Incorrect handling is mainly due to a lack of technical capacity or know-how and respondents are unanimous that technical training on the use of equipment would be useful. At the very least an equipment manual may be availed and there is consensus on the need to further strengthen the associations’ skills in the maintenance and use of equipment – even more so for boat engines. Although in varying degrees, the perception that it is hard to find spare parts and consumables is widespread (from 60% in the South-East to 80% in the South).

How to ensure equipment is delivered in a timely manner?

The time lag between the payment of the matching amount by the associations and the delivery of the equipment can be significant. These delays affect the programs’ operations and may generate frustration and erode trust among the beneficiaries. The program team has been working with suppliers to accelerate the processes from contract signature to delivery, but procurement procedures are naturally lengthy. In other cases, the speed of delivery depended on how reactive the associations were and how rapidly they could put together the financial counterpart.

The co-financing mechanism made it possible to strengthen food security and incomes. There is a margin for improvement in terms of appropriation, especially by women, and a divide exists between the youth and fishing. In addition to making future co-financing mechanisms more inclusive, there is a strong need to make them more sustainable as well. Technical training on the use of the equipment needs to be provided systematically, or the benefits might be short-lived. Equipment use is clearly only one part of the story; fishers need to be trained and sensitized as to the risks of fisheries and biodiversity depletion. Additionally, in future phases or in similar programs, the equipment menu may need to be extended and updated. The program’s take-aways are extremely relevant at a time when future operations to be implemented by the MARNDR are being designed.

[1] An internal evaluation of the matching grant scheme took place between 2020 and 2021. It consisted of a quantitative survey reaching 881 members of the concerned associations. Of these, 541 were women. Results from the quantitative survey were complemented by a series of focus groups with individuals selected from the same sample.

Géraud is a natural resources management and protected areas specialist with 9 years of experience in developing and implementing strategies to improve environmental performance and governance in developing countries, particularly in Small Islands Developing States. He started his career as an environmental consultant working mainly on environmental and climate governance in the Indian Ocean Region with regional, national and local authorities. Before joining the Inter-American Development Bank (IADB), he worked for the German Cooperation (GIZ) as an environmental advisor to the Ministry of Environment of Haiti in order to support the development and management of the National Protected Areas system. He is currently working as a Natural Resources Management specialist for the Environment, Rural Development and Disaster Risk Management Division of the IADB in Haiti and the Dominican Republic where he designs and manages operations that focus on integrating natural capital into productive sectors such as fisheries, agriculture and tourism.