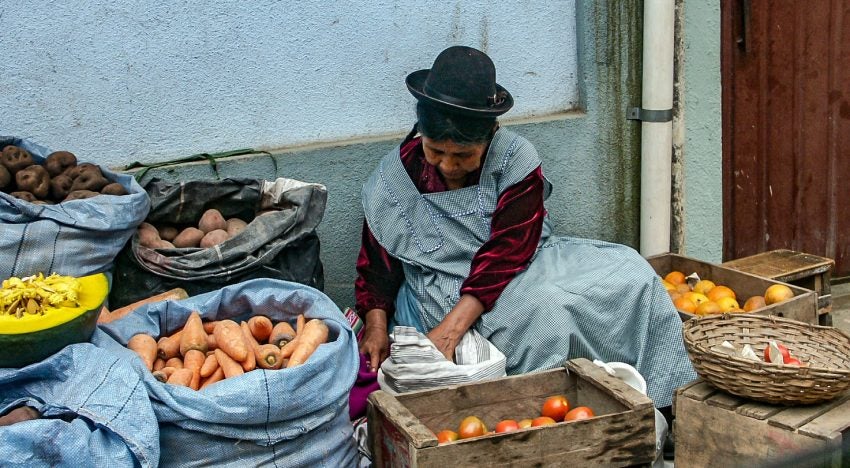 Latin America and the Caribbean is a region with a huge social, cultural, political, and economic diversity that has made major strides in poverty reduction. Relevant quantitative data shows that at least 70 million people pulled out of extreme poverty and moved up the social ladder, swelling the ranks of the middle class to more than one-third of the region’s population.

There also is some level of certainty that some social groups with a higher degree of vulnerability, such as indigenous groups, have benefited from these improvements, particularly concerning access to basic services and education. It is also worth noticing that some nations in the region have approved legal frameworks that could eventually ensure inclusion and meet the needs of the most vulnerable groups. For example, more than half the countries in the region have ratified international agreements on indigenous populations, both on the issue of human rights and on the fundamental recognition of these peoples. These agreements help ensure their social inclusion and make the integration of social issues into the national development strategies implemented by governments even more visible. This progress provides an excellent framework to help identify long-term social sustainability opportunities.

However, a measure of doubt may always linger about what, from a social inclusion perspective, is the best way to achieve long-term sustainability of the financing provided to national governments; and particularly, about the technical instruments used to ensure that projects are well designed. Int his context, the Inter-American Development Bank (IDB) recently issued a technical note laying out the fundamental premises to embed social issues in development projects financed by the IDB so as to promote long-term sustainable results.

The Social Impact Assessment (SIA) technical note lays out three basis premises that have the potential to ensure social sustainability of projects. These are:

This scenario poses two major challenges—how and when to do it; and how to raise the knowledge level to embed social issues into the design and implementation of IDB-financed projects. The note presents two fundamental premises to tackle this dichotomy:

In practical terms, experience indicates that the SIA process, particularly in projects with a high social risk, generates quantifiable positive impacts. In addition, it can become a long-term social sustainability driver for operations that promote sustainable development in the Latin American countries where the IDB works and operates.

In this context, the Environmental and Social Safeguards Unit (ESG) performed a review of seven projects that caused involuntary resettlements; the results show that in the projects where the IDB participated and correctly implemented the social impact assessment and, consequently, all mitigation parameters, there was a major difference—the quality of life of the families involved improved, and it became evident that resettlement plans that include all analysis variables have positive impacts on the families receiving these benefits. These variables include:

In the next blog we will provide some examples of projects where the IDB correctly implemented the social impact assessment process.