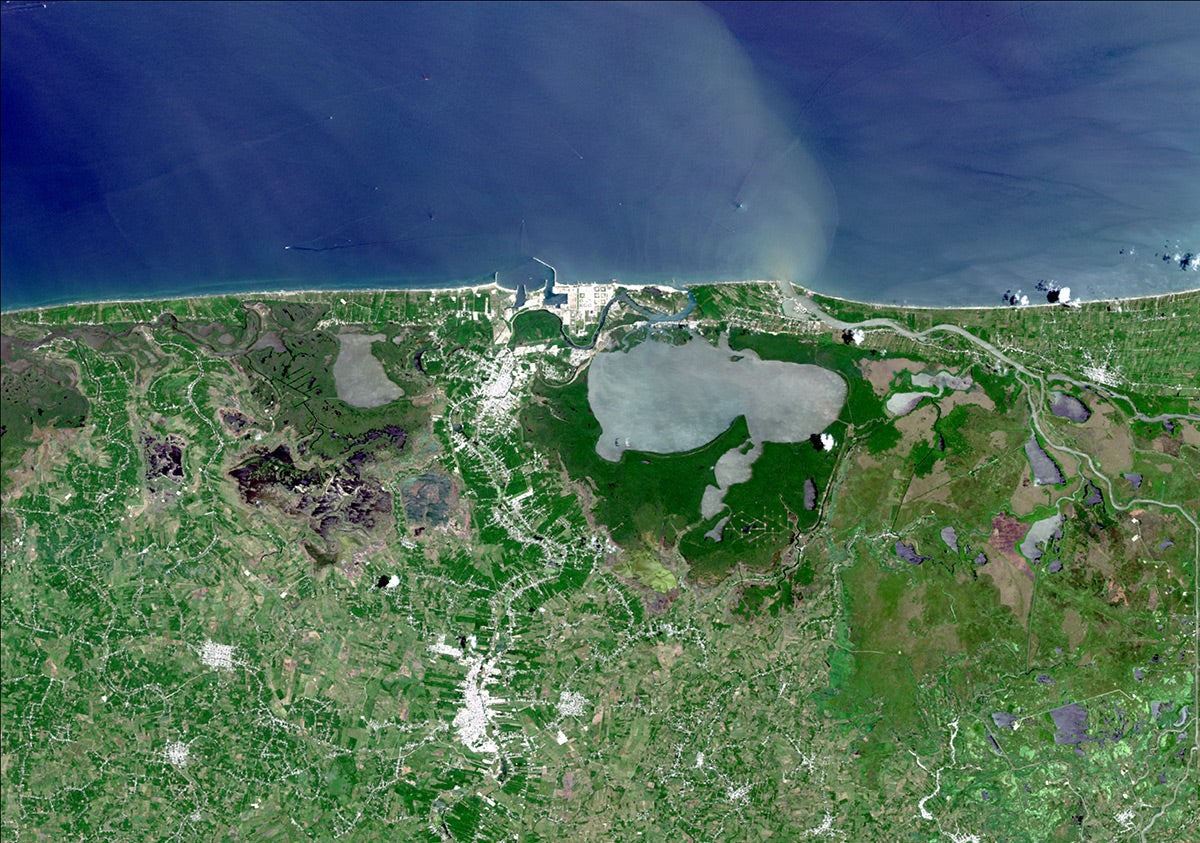 Earth Observation (EO) data is the most adaptive tool to monitor remote areas, where sampling onsite can be very difficult or even impossible. An overview of the same region can become available only through satellite information. Such technologies are currently being harnessed by the Environmental and Social Safeguards Unit of the Inter-American Development Bank (IDB), through collaboration with the European Space Agency (ESA).

Two distinct projects, in partnership with TERRASIGNA, were initiated in 2016: Earth Observation Services Supporting International Development Banks Projects (EOSID), and Expansion of EO Uptake in Developing Countries (EODAT). These projects addressed several EO based information services, each connected to one or more IDB funded infrastructure projects from multiple countries: Bolivia, Colombia, Guatemala, Guyana, Haiti, Mexico and Panama. These services were selected to cover a wide range of environmental issues that could be analyzed based on satellite data.

The project demonstrated the benefits of EO technology as an operational support tool that enhances planning, implementation and monitoring of development projects.

Here are some results from our studies:

Extensive research activities were carried out in order to assess the impact of various investment projects in El Alto – Titicaca region. These activities included:

A 13-year timeseries analysis revealed a significant increase of chlorophyll concentration and turbidity data in Lake Titicaca, especially in the outlet of Katari watershed, Cohana Bay. Such behavior can be very well correlated to the changes occurred in the watershed basin in terms of land-use / land-cover, agricultural practices, mining and urban development. The 26% population density increase in El Alto triggered a 6% urban extension and 54 km² of new urban area over 13 years (2003 – 2016).

This accelerated growth affected natural landscapes such as wetlands, shrubland and pastures. During 2003-2016, the wetlands southwest of Cordillera Real lost more than 40 km². The most impacted areas are located at lower altitudes since they depend almost entirely on the water that comes down from the mountains. The analysis of snow coverage for 15 river basins in Cordillera Read revealed rates of change up to -11% over 16 years. Large cities like El Alto or La Paz are significantly dependent on the melt-water from glaciers, while little is known about the potential water stress on the wetlands downstream.

Newly built or planned road sections in Haiti and Colombia overlap mountainous areas that are highly important in terms of comprised biodiversity. Construction of the roads might have interfered with these valuable ecosystems. The studies focused on landslide susceptibility and terrain stability. In Haiti, the analysis revealed that 23% (8.7 km) of the new road (between Beaumont and Camp-Perrin) crosses three main areas prone to landslides. In Colombia, the geo-spatial analysis led to the observation of multiple key sections where the proposed 45 km route (between San Francisco and Mocoa) overlaps with landslide-prone slopes.

The Tabasco region has been severely affected by floods in the last decades. In addition, significant changes in the landscape occurred as a result of hydro-technical works performed on the course of Grijalva River.

A land cover analysis was conducted at three moments in time: 1991, 2001 and 2017. More than 25% (10000 km²) of the analyzed area was identified as an affected region. 65% of these changes are due to seasonal effects, such as from wetland to mixed vegetation. Other significant changes refer to agricultural area expansion (+17%) and urban sprawl (+3%).

Shoreline dynamics were also analyzed, since all these changes in the watershed basin triggers modifications in the adjacent coastal area. This revealed a slight overall erosive trend, with an average of -2.4 m per year.

Earth Observation for all

The exponential technical improvements in satellite sensors and the increased availability of EO data over the last decades made this information not only a valuable resource, but also a necessity for activities such as environmental monitoring. We hope that it will contribute more and more to sustainable development efforts in the region.

Cristian Flueraru is a GIS and Remote Sensing Specialist. He received his MSc degree in Environmental Studies from the University of Bucharest, Faculty of Geography, with a thesis on `Determination of the Snowcover Extent Using Remote Sensing`. He has participated in the update of the Corine Land Cover in Italy, on the Arno river basin. He has been involved in multiple research projects focused on applied remote sensing such as: urban monitoring service for the World Bank, drought monitoring service in Romania, and forest loss monitoring in Romania, among others.