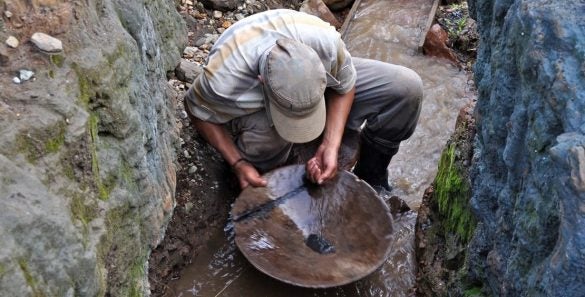 Fernando was excited about a large amount of money he had just received. The money came from a public energy agency as compensation for the loss of his house and the source of his livelihood. He used to live and work by a nearby river, panning for gold on the riverbanks, until he was informed that he needed to vacate the area. A new hydropower plant was going to be built nearby, which involved flooding the area where he lived and worked.

He was offered different options, including a new house in an area located further inland to replace his old house plus an agricultural project or small ranch, a corner store with living accommodations in a nearby town, or a voucher that he could use to acquire a suitable home, up to a certain amount of money. His mind, however, was set on receiving his compensation in cash; he was even having dreams about it. For the project executing agency, providing him with cash compensation was the most convenient and expeditious way to complete the land acquisition process as well, so cash compensation he received.

Little did Fernando know what would happen next. After receiving his payment, he felt empowered and confident. He started paying off old debts, since creditors came to him in a rapid sequence after they found out that he had received a large amount of cash. Some people also asked him to lend them money, returning a favor they had done for him in the past, and he could not refuse such requests. Likewise, since he now had money, he thought he could afford some entertainment, including some gambling and visits to local bars, which sometimes involved buying drinks for himself and his friends. On one occasion, he bought an expensive bottle of scotch and poured it over himself, in his own words, “to get rid of the smell of poverty.”

Since he liked that festive environment, he decided to open a bar himself, investing his remaining resources in this new enterprise. His lack of business experience, however, made it difficult for him to turn friends and relatives into paying customers, creating a situation in which a significant part of his stock of alcoholic drinks was consumed without much profit.

Eventually, the compensation money he had received dwindled, and he ended up with no house, no business, and no source of livelihood. “The money seemed a lot at the time, but then it gradually went away,” he recalled.

We found him on a sunny afternoon, sitting in a shady spot on the sidewalk of his sister’s house, where he had taken residence for the last few months. Since he did not have a job at the moment, he was free to enjoy the occasional breeze, reflecting on his now limited options to make a living.

The agency promoting the dam construction had lost track of Fernando’s situation; they rarely followed up on the circumstances of people who received cash compensation, since their efforts focused on the people who participated in their sponsored resettlement programs. When asked about the living conditions of the people who opted for cash compensation, they claimed that the agency encouraged people to opt for the options to receive a new home elsewhere but many of the displaced people refused those options, arguing that they could make a better use of the money. Upon close analysis of the outcomes, however, the executing agency agreed on the need to implement follow-up actions and monitor the situation of all people displaced by the project.

The problems associated with the use of cash compensation, however, are part of a widespread trend in resettlement. Large-scale infrastructure projects oftentimes result in involuntary resettlement, the process in which people are forced to leave their homes to accommodate construction works. In these cases, multilateral financial institutions such as the Inter-American Development Bank require that the project proponents prepare resettlement plans with measures to avoid, reduce, mitigate or compensate for the adverse impacts of such displacement, seeking to restore the living conditions of the affected population.

If resettlement cannot be avoided, is cash compensation an appropriate mitigation measure? Most government agencies seeking multilateral funding for their projects favor the use of cash compensation as their default mitigation measure, mainly because of its convenience to expedite the acquisition of the areas required by their projects. At the same time, many affected people prefer economic compensation for the hardships created by their displacement process, attracted to the idea of receiving large amounts of cash that could open up new possibilities for them.

The use of cash compensation, however, has been surrounded by controversy. Multilateral banks used to frown on the use of cash compensation, and in some cases, they even addressed it as a last resource to be considered in the resettlement process. The main reason was that cash compensation presents a significant risk of degrading the living conditions of the affected population, leading to their impoverishment or intensifying their already impoverished situation, like in the case of Fernando. This situation, however, seems to be changing. In Part II of this blog, next week I will address the Safeguard Considerations on the Use of Cash Compensation in Resettlement Processes, focusing on the factors that can make a difference between development and impoverishment in projects funded by multilateral banks.

Next week: Safeguard Considerations on the Use of Cash Compensation in Resettlement Processes