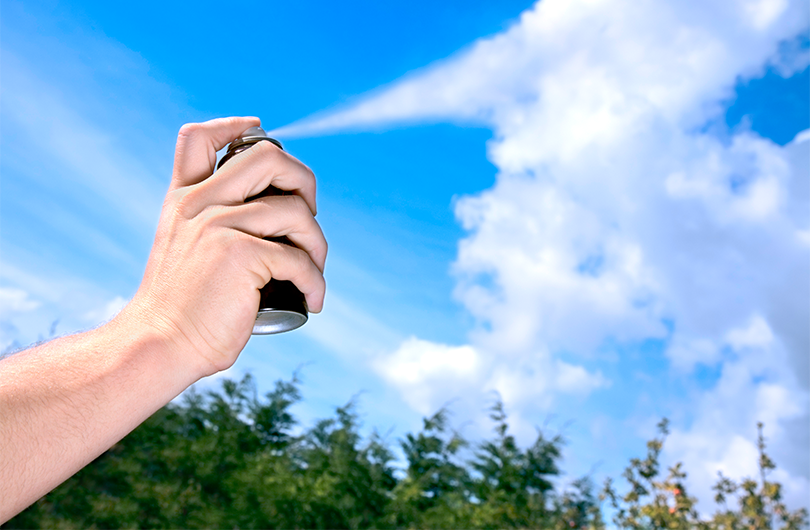 If you were a kid or teenager in the late 1970s and 1980s you probably danced to a music video on MTV and attempted an elaborate hairstyle inspired by all the trendy music movements: from the curly and bouffant ‘dos of pop stars like Madonna and Michael Jackson to elaborate, glam rock styles worn by Motley Crue’s Nikki Sixx and Slash from Gun’s n Roses.

It goes without saying that in most households, the culprit of these elaborate hairstyles was a single, commonly found product: hairspray.

During that same era, we started getting alerts from the media that a substantial hole had been discovered in our ozone layer. I remember as a kid imagining that suddenly our planet’s protective layer was disappearing, and we would all melt due to the sun’s ultraviolet radiation. It would no longer be safe to go outside. 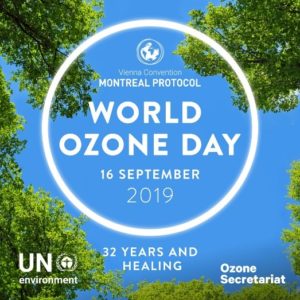 But thanks to the work of Mexican chemist Mario Molina and his American counterpart Frank Sherwood Rowland—which led to their winning of the Nobel Prize in Chemistry in 1995—it was recognized that the main cause of ozone layer depletion was the use of Chlorofluorocarbons, or CFCs, released by certain products into the atmosphere.

CFCs are and were a main ingredient in our once-beloved hair spray as well as everyday cleaning products. It is also a main cooling agent used by refrigerators and air conditioning. Molina and Sherwood’s work led to the creation of the Montreal Protocol, which is a global agreement signed by 197 parties in order to protect the stratospheric ozone layer by phasing out the production and consumption of ozone-depleting substances from the world.

Nevertheless, since CFC molecules have a lifetime of 20-100 years in our atmosphere, and due to the recent efforts to phase out CFC’s, it is estimated that by 2060 the ozone layer in the northern, southern and polar regions will completely heal. This progress gave rise to the theme of this year’s International Day for the Preservation of the Ozone layer on September 16 “32 years and healing.”

But CFCs impacts are not limited to the ozone layer. They also have a greenhouse gas (GHG) effect—one that is even more potent than Carbon Dioxide (CO 2), making them a critical precursor to climate change. A single molecule of CFC-12 can hold nearly 11,000 times the heat of carbon dioxide, making it an extraordinarily potent greenhouse gas. And the story does not stop there: other gases used for refrigeration and AC units, such as HCFCs and HFCs, have a greenhouse gas effect too.

The Inter-American Development Bank has been working with several member countries in recent years to support the phasing out of CFCs and reduce the GHG impact of refrigeration units. An example is a USD$30 million loan in Mexico, working in conjunction with the Ministry of Energy (SENER) and the National Commission for Energy Efficiency CONUEE. The loan is providing environmental and social benefits based on energy savings and greenhouse gas reductions in the electricity sector. The program is expected to replace more than 4,000 old air conditioning units for more modern and efficient units in 80% of the 2,258 buildings of the Federal Public Administration (FPA) offices. The estimated annual savings are more than 115 GWh, in conjunction with the other components of the project, such as lighting retrofits. These annual savings are equivalent to nearly 35% of the electricity consumption of FPA offices.

As part of the Bank’s safeguards work to comply with the Montreal Protocol, processes were put in place to ensure that all old CFC-causing equipment that is removed will be handled and destroyed in a way that prevents their CFCs from entering our atmosphere.

The story does not end here. The Bank is currently working on more operations to help countries phase out CFCs and reduce GHG impacts from old existing equipment from the region.

Just like some hairstyles never go out of style, hairspray has managed to survive—but without CFCs. And while our refrigeration needs will never disappear, the options for reducing our GHG and ozone impacts are readily available. We must keep working on replacements in order to keep cool, stylish and carry on.