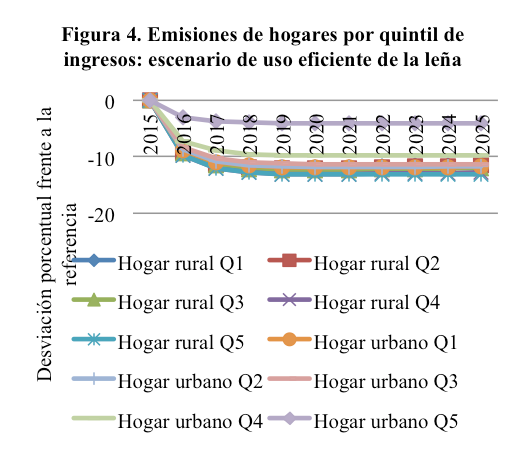 Climate change is something that will impact all of us in some way or another. Moreover, this environmental problem is cumulative by nature, which means that even if we cut all emissions of greenhouse gases (GHGs) today, we will still continue to feel its negative effects for a long time.

Since the industrial revolution, human activities have led to the accumulation of large quantities of these gases in both the atmosphere and the oceans. These gases stay in the atmosphere for decades or even hundreds of years depending on the gas, so their effects can be felt for many years after they have been emitted.

But how does climate change affect humans? What would you think if I told you that climate change has the potential to wipe out entire marine ecosystems such as coral reefs and that this could devastate the lives of more than 500 million people living on islands and coastal areas?

1. A much warmer world

If we do not act now, global temperatures could rise on average 4 to 5 degrees Celsius by 2100 and more thereafter. Moreover, continental temperatures could reach a 10 degrees centigrade increase in some areas, according to a recent study by the Intergovernmental Panel on Climate Change – IPCC.

The increase in temperature will cause the oceans to become more acidic (approximately 25 % of greenhouse gases emitted have been absorbed by the oceans) which will result in more severe impacts on coral reefs and other critical marine ecosystems, a topic we covered in this previous post. Acidification of the oceans is a problem for several marine ecosystems as it reduces the concentration of calcium carbonate that is an essential nutrient for corals, crustaceans, mollusks and other species.

It has been estimated that, without the appropriate mitigation actions, extreme weather events such as droughts and tropical storms will increase in the coming years. Hurricanes and tropical storms will increase in intensity. Extreme precipitation events will increase by 20%. We are already feeling some of these weather events in various parts of Latin America and the Caribbean: only in 2013, Manuel and Ingrid hurricanes generated huge disasters on both coasts of Mexico with costs estimated at several billion dollars.

But surely something has been done to address this problem, right? According to a recent World Bank study, mitigation actions committed (but not implemented) to date in the international meetings of Copenhagen and Cancun put the planet on a trajectory of above average warming of 3 degrees Celsius. These actions are definitely not sufficient because this scenario will unlikely ensure the survival of corals by not reversing the progressive acidification of oceans and definitely will not reverse global warming as estimated by the IPCC and the World Bank.

Why is it so important to act now? According to a recent World Bank study, to significantly limit our emissions of greenhouse gases will, for example, significantly increase the chances of ensuring the survival of coral reefs. You could even reverse the trend of global warming in the coming years by limiting it to 1 degree Celsius (currently it is about 0.8 degrees Celsius if compared with pre-industrial levels).

Everybody can help. You could start by walking instead of using the car, reducing energy consumption at home, among other measures. It’s in our hands to find mechanisms that force us to reduce emissions of greenhouse gases for the sake of ourselves, our children, and the planet.

The Climate and Development Challenge for Latin America and the Caribbean: Options for Climate Resilient Low Carbon Development