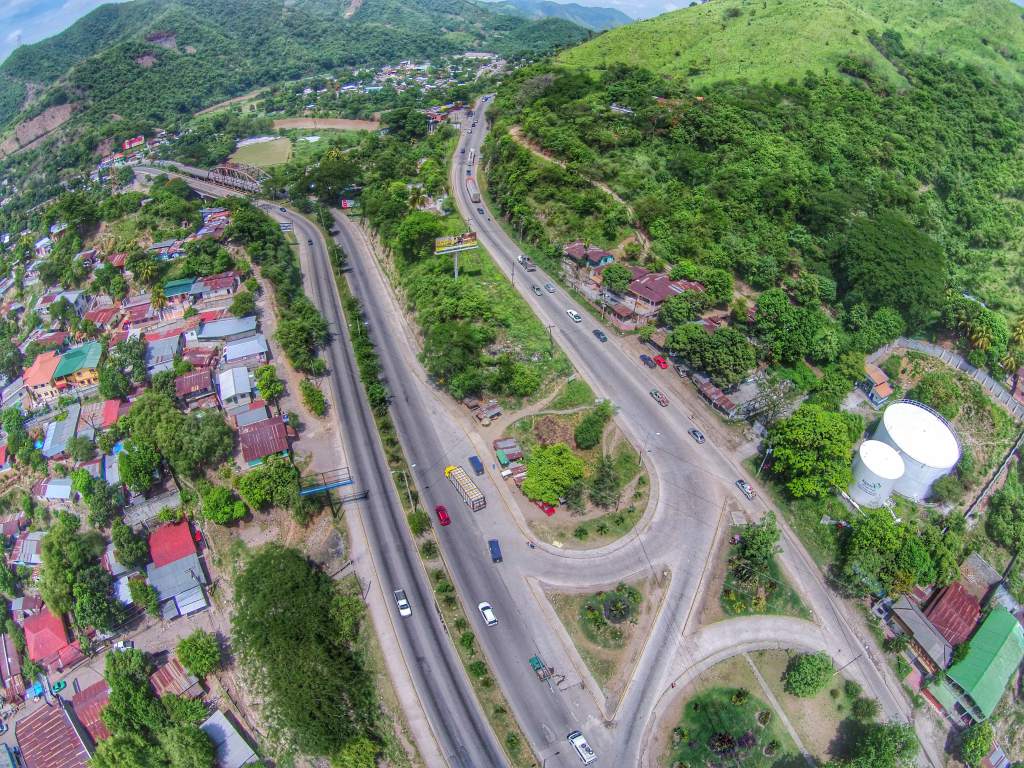 San Pedro Sula, Honduras’ second largest city, is a key point of a future north-south logistics corridor, the CA-5 highway, which will connect Tegucigalpa, the capital, with Puerto Cortes on the Atlantic Coast. This 294km stretch of road will reduce operating costs, travel times, and accident rates. IDB has invested US$112 million since 2004 to rehabilitate this road, which is the Honduran section of the Atlantic Corridor of the Mesoamerica Project.

Once completed, this route will constitute over 1,700km of highway that will unite Mexico, Belize, Guatemala, Honduras, and El Salvador, allowing for the regional integration of their local and national economies. It will become the transportation backbone for the region.

In preparation, an Environmental and Social Impact Assessment was conducted for the urban section of the road in San Pedro Sula. This review identified a major impact of the project: the need to displace 175 families illegally occupying a tract of land along the San Pedro River. A resettlement plan was prepared, according to IDB’s guidelines, to mitigate impacts and seek ways of improving living conditions of these families.

Housing in this community mostly consisted of poor quality dwellings without basic services or regular electrical connections, and was rife with violence between local gangs. That said, the majority were hard workers, doing their best to take care of their families and keep their children in school and away from violence. These families were poor, marginalized, and dealing with one of the most dangerous areas in San Pedro, commonly known as “Los Bordos”.

With these underlying challenges, the biggest challenge was to establish a trusting relationship by engaging the community and building consensus around mutual benefits with two goals: the executing agency (which implements the project) could build its road, and the community could find a safer and better permanent home.

After nearly a year of consultations and negotiations, including close engagement with affected families and local leaders, a resettlement plan was approved. Throughout early 2015, the families were relocated about 16km from the original location to new housing, with guarantees that they would own the land.

Within the year, the changes were apparent. Local housing associations, social programs, youth sports clubs, and women’s cooperatives created the foundation for a flourishing civil society. Inhabitants voted on a Community Committee. Following resettlement, a six-month work program is also underway to support these efforts. Meanwhile, the works of the bypass in San Pedro are slated for completion in the first semester of 2016.

Although this achievement should be celebrated, it is important to recognize that success stories like this are far from a foregone conclusion and can be only achieved through hard work, engagement with stakeholders, and constant follow-up and monitoring to ensure that solutions remain viable in the long term. For every positive outcome like San Pedro Sula, there are an unfortunate number of cases where development projects negatively impact the displaced local populations.

While many discussions about resettlement are centered on processes, regulations, and numbers of affected population, resettlement is foremost a sociological process in which the displaced population has to adapt to new conditions and change habits and behaviors. For this reason, success is often fragile and requires support beyond the physical act of transferring to a new location; we must ensure that a sense of community continues to develop and that jobs programs support the growing residential economy.

This is why the work done by IDB’s Safeguards team, with the support received from the technical team and executing agencies, has been so important. With so many moving pieces on a project – from project timelines to budgets, staffing, permitting, and more – it can be easy to lose track of what elements ensure a project is environmentally and socially sustainable. Every day, our teams deal with these issues on a magnitude of project types, sizes, and locations, allowing us to quickly evaluate a new project and make appropriate recommendations.

Here’s to a more prosperous future, and more success stories to go along with it!