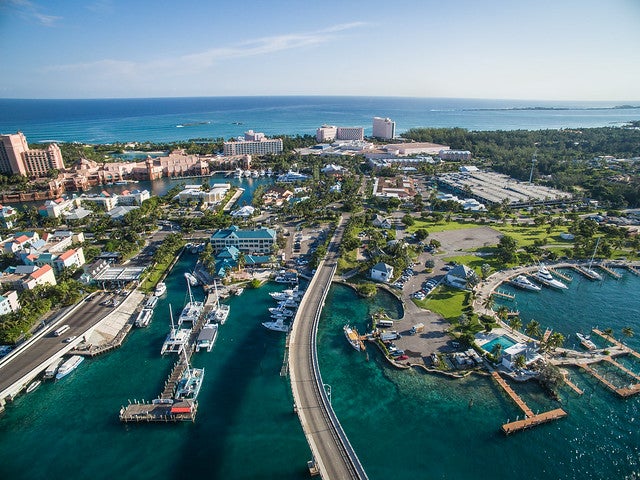 Climate change is not only an environmental challenge, but also a political, economic and social one. Projections indicate that, if the current emissions trajectory continues, the global average temperature of the planet will exceed by 3°C the average temperature observed at the beginning of the 19th century, generating an unprecedented impact on the history of humankind.

Although climate change affects the planet as a whole, vulnerability is exacerbated by poverty and development gaps, so its most acute expressions are observed in developing nations, including countries in Latin America and the Caribbean (LAC) that are among the most vulnerable to forest fires, water scarcity, declines in agricultural productivity and flooding, among others.

This forces all countries to implement climate actions to reduce vulnerability, address natural disasters and to contribute to international efforts to reduce greenhouse gas emissions. These actions are part of a public expenditure budget that must be quantified and analyzed periodically to improve its efficiency and effectiveness, while determining its impact on climate change. This is essential, not only to assess and monitor public spending for climate change, but to conduct a long-term analysis of the fiscal risks associated with climate impacts.

However, there is currently no agreed definition of “climate spending” and, therefore, there is no international methodological standard or classification to identify it. Likewise, the possibility of carrying out a periodic classification of expenditure is limited by internal restrictions of each country with respect to their administrative systems and their classification of public expenditure, as well as the growing demand for information for sustainable development.

Currently, there are several methodological proposals to solve this problem, such as the one developed jointly by the multilateral development banks (Joint Report on Multilateral Development Banks’ Climate Finance), the Climate Public Expenditure and Institutional Review (CPEIR) and, more recently, the work being done by the Technical Group of Experts appointed by the European Commission to develop a taxonomy of sustainable finance. The CPEIR has certainly been a pioneer and a benchmark for institutions and countries.

As we gain more knowledge, acquire new commitments and establish new requirements for countries, it becomes necessary to have more consistent and comparable information between nations, while making it compatible with current classification systems of public statistics and environmental actions, such as the System of Government Function Classifications (COFOG, by its Spanish acronym), or the Satellite System of Environmental Accounts. There is definitely a need for a comprehensive methodology to identify and classify expenditures on climate actions in the context of national budget processes that is consistent with the statistical classification systems validated by international organizations.

All of this requires coordination efforts among relevant international organizations, ideally to achieve a classification system that is accepted by various actors and, above all, a methodology proposal that is effectively applicable in the context of the current administrative public expenditure management structure at the national level and that, in turn, allows reporting on the international commitments acquired.

Currently, the Inter-American Development Bank, through its NDC Invest platform, is joining forces with Latin America and the Caribbean countries, and with regional and international institutions to respond to this need, because we are aware that better public spending means better economic development opportunities for the region. In sum, we hope that efforts to provide the region with common methodological guidelines for the quantification and assessment of public spending on climate change will be an effective response to the need of those countries that are interested in improving the quality of their expenditure, including on climate change.

On August 28th and 29th, the IDB is organizing a Regional Workshop on Budget Classification of Climate Change Expenditures in Santiago, Chile, where representatives of budget offices and ministries of the environment of Latin America and the Caribbean countries will meet. The purpose of this meeting is to discuss the foundations of a methodology that enables the identification and assessment of climate expenditures.

Rodrigo Pizarro is an economist from the London School of Economics, Master of Economics from the University of North Carolina at Chapel Hill, and a PhD in Environmental Studies from Stanford University. He has more than 20 years of experience in evaluation analysis and management of public policies in the environmental field. He is currently a professor and academic in economics and environmental policy at the University of Santiago de Chile. He recently served as head of the Information and Environmental Economics Division of the Ministry of Environment of Chile (2014-2018), where he was in charge of the implementation of the green growth agenda, the sustainable consumption and production program, and the environmental accounts program, among others. In addition, he has been a representative of Chile in the Carbon Pricing Leadership Coalition (CPLC), Green Growth Group of the Pacific Alliance, IPBES focal point, 10YFP, among others.