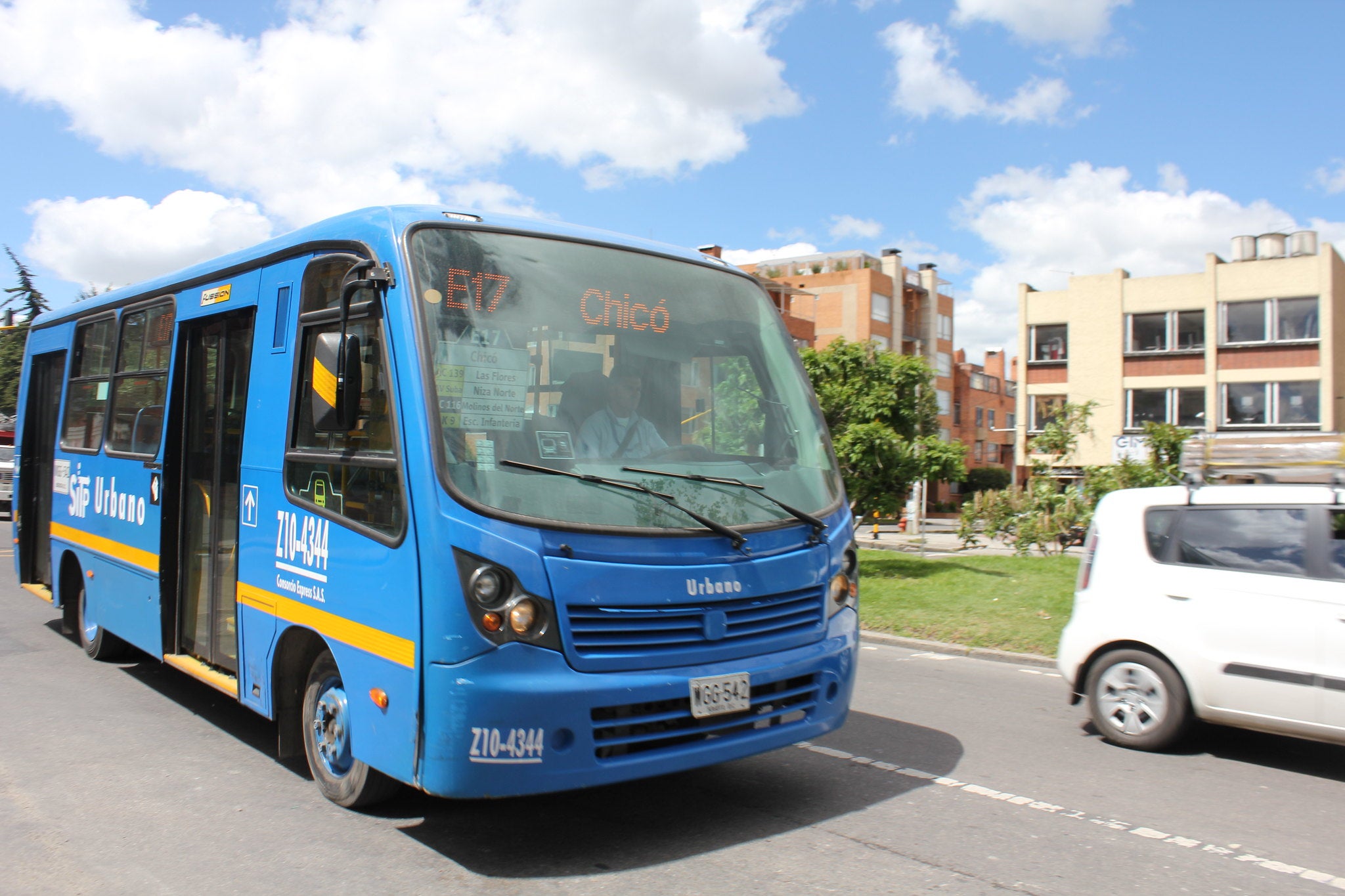 Imagine you are waiting for the bus and instead of the arrival of an old and noisy bus, a clean and silent electric bus arrives that also has WIFI, USB ports and access for the disabled. This will be a reality in Bogotá with the award of 379 electric buses.

These electric buses will start operating in September 2020 and will be the second largest electric fleet in Latin America, after Santiago de Chile. An important step in the transition towards decarbonised mobility that will seek to reaffirm, in its second bidding stage, when the SITP will incorporate at least 2,185 buses with zero or low emissions technology, and with the possibility of offering electric buses. The District believes that this tender could increase the electric fleet, since they have more points if offers of these types of vehicles are presented. The Mayor’s Office expects to reach a total of 560, counting those already awarded.

Even more significant due to the massification of this technology in the region, Bogotá is a pioneer in Latin America and the Caribbean in acquiring such a fleet by tender. Through a continuous dialogue with private actors, TransMilenio and the Mayor’s Office of Bogotá managed to define and adjust a win-win business model that ponders three fundamental factors: the reliability and quality of service provision, fiscal viability for the government and financial sustainability for dealers.

Likewise, with a dual tender that separates the provision of the electric bus fleet from the operation of the fleet, Bogotá has incorporated an enabling mechanism that allows it to reduce the financial risk to the investor and the technological risk to the operator. Enel-Codensa will be responsible for leading the design, construction and provisioning of the three courtyards where the 379 buses will be loaded.

The city has high concentrations of PM 2.5 suspended particles, which affect human health. In 2019, three environmental emergencies have been declared. The introduction of electric vehicles significantly reduces these emissions, as well as nitrogen and ozone oxides at ground level, all of which are highly harmful pollutants for health.

In addition, this technology supports Colombia to achieve its greenhouse gas (GHG) emission reduction objectives. These commitments, adopted under the Paris Agreement in 2015, seek to keep the global average temperature rise well below 2ºC.

In 2017, Colombia presented its Nationally Determined Contribution (NDC), seeking a reduction of GHG emissions by 20% compared to the projected emissions by 2030. Since the transport sector contributes 10% of the CO2 emissions of the country, electric transport presents an attractive alternative to achieve this goal.

The IDB, with the support of its UKSIP Program and the NDC Accelerator Fund, is working with national and local governments in the region to unlock the potential of clean technology buses, through technical support, financing, management of risks and access to concessional loans. The objective of this regional support is to help countries and cities overcome the barriers that prevent further adoption of electric buses.

From an economic perspective, the higher costs of electric buses (CAPEX) can be offset by their long-term benefits in terms of lower operating costs (OPEX). Financial viability, from the operator’s perspective, depends on variables such as the rate of recovery of the rate, the availability of operating subsidies, financial costs, fuel and electricity prices, etc.

From the government’s point of view, the feasibility of incorporating new technologies depends on their fiscal capacity, considering the need to recover higher initial costs. The economic, financial and fiscal viability is vital to guarantee the success of the adoption of the clean technology bus.

The IDB works with local and national, public and private partners to help develop customized business models at the local level that can accelerate the implementation of sustainable solutions in the region. In Colombia, the IDB has been technically supporting Bogotá in the implementation of its SITP Technological Ascent Plan, as an environmental management instrument for the progressive replacement of traditional technologies with zero or low emission technologies. Specifically, Transmilenio was supported for the incursion of electric buses in its fleet, defining the costs and remuneration rates per vehicle and per kilometer for vehicles of said technology.

A challenge faced by the city was the definition of bidding parameters (useful life of assets, technical rate, risk distribution, business model, etc.) to make this technology financially viable for operators and fiscally sustainable for government. To make this estimate, factors that are different between electric and diesel buses must be taken into account: initial costs of buses, batteries and charging infrastructure; impact on the organization of the operation; operating costs; maintenance; and technical risks.

It was studied that for Colombia the total cost per standard electric bus varies between US $ 370,000 and US $ 425,000; three to four times the cost of diesel buses. Although these vehicles have the capacity to reduce costs per kilometer up to 31%, the initial costs still present a great challenge for adoption.

Currently, within Colombian regulations there are several tax benefits established in resolution UPME 463 of 2018 and Law 1715 of 2014, which apply to electric vehicles of public transport and all that implies (battery, charging stations, substations for recharging) , such as the exclusion of VAT, exemption of tariff, deduction of income, among others.

Also, in July 2019, President Iván Duque signed Law 1964 that promotes the use of electric vehicles in the country and contemplates a goal to achieve in 2035 that 100% of public vehicles purchased for Mass Transportation Systems be electric or With zero pollutant emissions.

The model under which the Integrated Public Transport System (SITP) of Bogotá seeks to incorporate new electric vehicles into its fleet offers a promising scheme to combat the high levels of pollution concentrated in the city, contributing to the reduction of effect gas emissions greenhouse as part of the Colombian contributions, while presenting a technical and economically viable scheme.