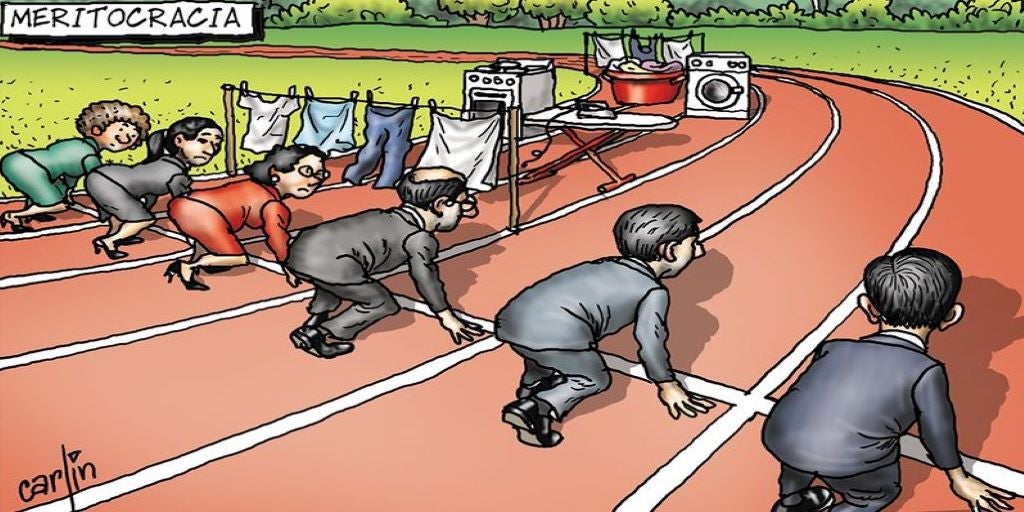 The famous phrase “women rights are human rights” was first spoken 25 years ago, when the nations of the world met in Beijing, China to make concrete commitments to close gender gaps. Since then, hundreds of local and international organizations have been working to uphold women’s rights and achieve equal economic participation, including the Inter-American Development Bank (IDB). Yet, according to the 2020 Global Gender Gap Report by the World Economic Forum (WEF) we won’t achieve gender parity for at least 100 years.

In light of this and with ten years to 2030, it is important to ask ourselves what Latin America and the Caribbean (LAC) countries are doing to close their gender economic gaps, and what the role of Multilateral Development Banks (MDBs) can be in supporting countries to achieve it.

Equal economic participation in the region

Despite advancements, gender economic gaps persist. In LAC, women’s labor force participation growth and the reduction of gender salary gaps have stagnated, female jobs remain clustered in low productivity sectors, and women’s leadership at the c-suite in the private sector is scarce. In fact, women’s labor force participation remains below that of men (58,3% versus 82,3%) and they earn in average 87,2% of men’s salaries. These should not be surprising facts.

Several LAC governments, together with the private sector, have been discretely working to make sure the status quo remains no longer. Leaders in LAC have built concrete three-year action plans to close gender economic gaps in the region. They have done so by building Gender Parity Accelerators (IPGs for their Spanish acronym) with the support of both the IDB Group and WEF, focusing on three main objectives:

At the same time, evidence has flourished about the benefits of having a more diverse workforce. Labor markets with full gender parity could increase global GDP by $28 trillion by 2025. This would mean a 26% potential GDP increase worldwide. For Latin America, the incremental GDP opportunity of bridging the gender gap would be 34% in a full-potential scenario.

Understanding these latent benefits, Chile was the pioneer, launching an IPG in 2016. Today, over 170 companies are part of the accelerator, and over one third of them have created company-level action plans to achieve gender parity at an internal level. It is no coincidence that the country has established priorities to extend childcare programs, improve childcare policy frameworks, create databases of women leaders in the public sector among other achievements.

During the G20 meetings of 2018, Argentina launched an IPG as well, presenting it as a best practice to the biggest economies in the world. The gaucho country has created a gender parity certification for private sector companies and was the first country in the world to receive a policy-based loan (PBL) from the IDB to close gender gaps.

In Panama, the IPG has managed to pass laws on gender salary gaps and women’s participation at the c-suite of public companies. The IPG in the country was even transformed by presidential decree into the National Council for Gender Parity, making the accelerator part of the institutional framework. These efforts allowed Panama to receive the second gender policy-based loan financed by the IDB, aiming to fiscally support the implementation of concrete actions to close gender gaps.

Additionally, over the past two years, Colombia, Costa Rica, the Dominican Republic and Peru announced at the WEF Davos annual meetings that they would follow in the footsteps of their regional peers, and even inspired France to make the same commitment last year. In fact, Colombia launched its action plan in November 2019 and the Dominican Republic and Costa Rica will unveil theirs in the first half of 2020.

Commitment and innovation: the key to success

Action plans were created with the technical support of a multi-sectoral team at the IDB, the WEF and most recently with the collaboration of the French Development Agency (AFD for its French acronym). They include actions such as analyzing and recommending the best paternity leave scheme for the countries, working on leadership programs for women in the private and the public sector, designing and promoting a specific toolbox for companies to close their gender economic gaps, reforming or implementing laws on equal pay, improving childcare programs, and working to promote women’s inclusion in STEM careers and jobs, just to name a few of the ambitious and pragmatic commitments LAC countries have made.

But beyond the action plans, the key to success will be to maintain the political will from governments and private sector leaders to implement them. The world has its eyes set on LAC where citizens are clamoring multisectoral dialogues and innovative solutions to their needs. It seems like these countries have taken on the challenge and the IDB Group, the WEF and the AFD teams are committed to support them by continuing to put their technical expertise and financial instruments at the service of a region that continues to pioneer inclusive solutions to improve lives.

Andrea Saldarriaga Jiménez is the Regional Coordinator of Gender Parity Initiatives of the Inter-American Development Bank (IDB), a joint effort with the World Economic Forum to address economic gender gaps in LAC through public-private collaborations. Before joining the IDB, she worked for Sergio Fajardo Valderrama's presidential campaign in Colombia. Saldarriaga Jiménez also served as Associate Director at the Adrienne Arsht Latin America Center of the Atlantic Council, where she led the Colombia, Venezuela and Anti-Corruption and Security programs, as well as the Future of Latin America and Women's Leadership initiatives. Her work experience also includes time at the Center for Latin American Studies at Georgetown University, the Permanent Mission of Colombia to the OAS, Airbus SAS and the Universidad de los Andes. Saldarriaga Jiménez frequently provides commentary in English and Spanish on critical political and economic issues for PBS News Hour, El Financiero, NTN24, Caracol TV, Bloomberg Politics, Agence France Presse, Voice of America, and the Associated Press. She has a master's degree in Latin American Studies from Georgetown University and two degrees in Economics and Business Administration from the Universidad de los Andes.