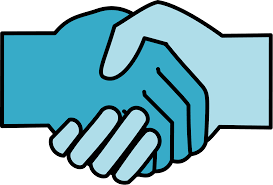 Businesspeople seek as much as influence as possible over their government’s productive development policies. From many points of view, this makes sense. Company executives experience firsthand the structural problems that prevent them from serving their clients better, accessing new markets and increasing productivity. They know where the information asymmetries lie. If they can help government overcome those barriers, and, in turn, help generate greater employment and growth, why not bring them to the table in government decision-making?

Strangely, no country in Latin America or the Caribbean, with the exception of Colombia, has tried to directly involve the private sector in formal institutions aimed at transforming national production. But that may change. As Marcela Eslava, Marcela Meléndez, and Guillermo Perry point out in an in-depth study and in a soon-to-be-released book “Two-To-Tango,” Colombia’s experience in creating such public-private partnerships, while by no means revolutionizing the country’s development path, has been a mostly positive one. It has brought some stability to a previously highly volatile productive development agenda, as well as significant improvement to the business environment faced by a number of sectors.

Consider just one element of the collaboration between the private and public sector in Colombia: the Productive Transformation Program (PTP). Created by the government in 2008, this program sought to identify sectors that had significant potential to contribute to the nation’s export and overall growth. Moreover, it sought to remove the bottlenecks that stood in their way.

Close public-private partnership was key. As a starting point, a high-level organization representing both the government and the business community helped establish a methodology to choose the sectors. Private and public managers were assigned to each selected sector to create a business plan with the help of international experts. And a team of private sector representatives and public officials took the task of coordinating and supervising it.

For the cosmetics and cleaning products industry, one of 12 sectors chosen, these developments came at a critical moment. By 2007, the sector had enjoyed nearly five years of 10% average growth and annual sales of over $3 billion. It also had become a net exporter, principally to Venezuela, Ecuador and Peru. But company executives knew there was vast potential they were not exploiting. Colombia is one of the world’s most biodiverse countries, well placed to carve out a niche in world markets for natural-resource-based products. But first it had to eliminate a few serious barriers, including the high cost of imported inputs and a burdensome process for obtaining phytosanitary certificates for export.

Here the public-private partnership made all the difference. Years of lobbying the government for such reforms before the existence of the PTP had done little. The prominence of the program and the presence of a high-level government manager in charge of articulating the efforts of different agents now brought fast change. The time required for the necessary export certificates plummeted from three months to 15 minutes; tariffs on inputs fell. The government ordered changes in its legal framework to make the export of natural products easier within the Andean Community and even called for studying the feasibility of a research center for the commercial use of the nation’s natural species.

While this was not the only sector to benefit from the partnership, there is a valuable lesson to be learned from the experience. The lesson is not that the PTP played an important role by focusing on or privileging particular sectors. Rather, it is that such partnerships can serve as a useful tool to identify bottlenecks, especially those derived from government failures, and to articulate government responses when the participation of different agencies is needed.

Such partnerships are not a panacea, of course. They have hit roadblocks when private sector representatives have been unable to interact with a public official with sufficient standing for decision-making or when vertically-related segments of a value chain have had conflicting interests. And there are always risks. Individual sectors, for example, could exploit their close access to government to seek regulatory changes, tariff protection, subsidies, or tax privileges that hurt other sectors of the economy.

But such efforts happen anyway in the course of normal political life. And to date, there has been no evidence that individual sectors involved in the partnership have tried to profit at the expense of other sectors or the economy as a whole. On the contrary, by channeling business-government interaction into formal institutions, where everyone is aware of the risks, the system appeals to businesses’ better instincts. The PTP has sparked efficient efforts to train manpower, pass modernizing legislation, eliminate red-tape and remove barriers that distorted the marketplace. It has shown that while, formal public-private partnerships are new to Latin America and the Caribbean, they could prove a useful model.