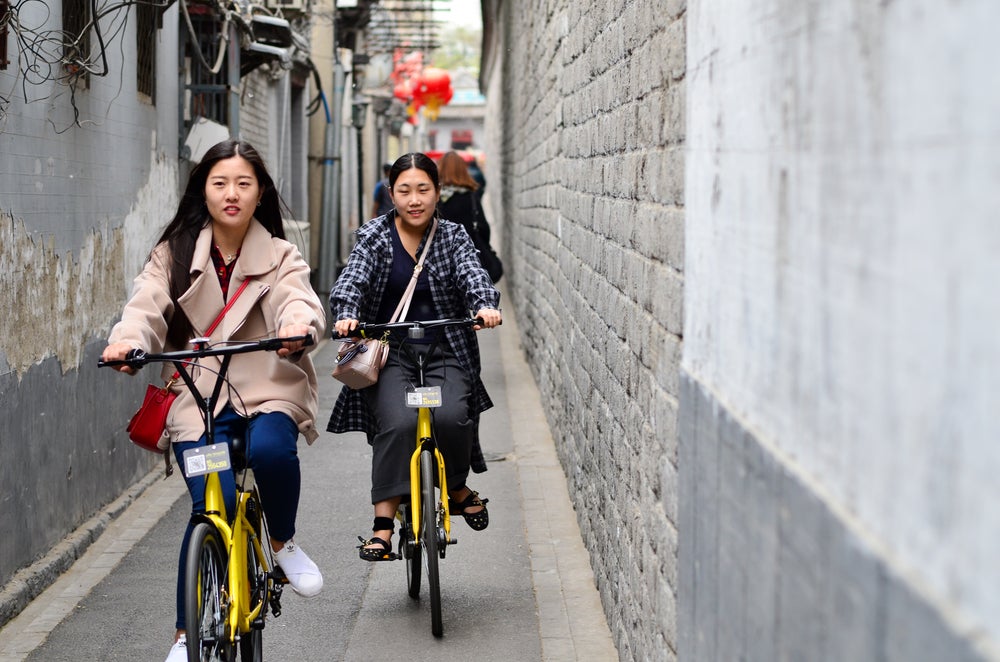 They have set off a surge in bike riding, sparked explosive investment, and helped cut air pollution and carbon emissions. But the “dockless” — or stationless — bikes that have transformed China’s cities also have come with significant social and economic costs. As Latin America prepares to embrace them, it would do well to take heed.

That day is coming sooner than later. Earlier this year, OFO one of the largest Chinese bike-sharing companies, announced that it would enter the Mexican market, covering Mexico City, Guadalajara and Monterrey. Mobike, another major Chinese firm, has already set up shop in Mexico City and Santiago de Chile and expects to expand to other Latin American cities soon.

Those developments hold great promise for Latin America. But they also risk pitfalls, like those that have befallen China, including failing bicycling businesses and sidewalks littered with abandoned bikes.

Well suited for the region

Dockless bikes are in many ways ideally suited for heavily urbanized Latin America. The region needs more people on bikes and using public transport if it is to fight its serious traffic congestion, air pollution, and climate change problems. Moreover, with already extensive bike-sharing programs and networks of cycling lanes, many cities, including Buenos Aires, Rio de Janeiro and Mexico City, have a well-established bicycling culture.

Dockless bikes are outfitted with a GPS and are easy to find using an app downloaded on a mobile phone. A rider can pick up the closest bike and drop it off wherever it is convenient. That eliminates worries about finding a docking station en route to the nearest metro or bus stop, solving the so-called “last mile” problem of gaps between transportation modes. And the bikes are generally cheap: in China, users pay only around US$0.30 per hour to rent them.

Those benefits have already gotten the Chinese onto bikes and engaged in healthy exercise. They have mitigated a tendency since the late 1990s for commuters to increasingly use cars, alleviating smog and noise pollution.

Major investment in the sector

Over the last three years, there has been massive investment in the sector. Forty startups have sprung up in China, and the top two firms each now has the capacity to serve 30 million bike riders per day. As a result, apartment buildings located between half a mile and two miles from metro stations are getting rented or bought more often by urban dwellers. Government officials hope the use of public transportation will rise. Then again, according to statistics gathered by a local biking firm, on a clear and sunny autumn day last year more people used bikes than the metro in Beijing.

That’s the good news. The explosive entry of startups into an unregulated market also has led to a surplus of bikes. With the low cost of rentals, some businesses have failed, including Bluegogo, China’s third-largest, bike-sharing firm. Rapid expansion has left mounds of abandoned bikes, near metro stations, on sidewalks, and other public places, annoying pedestrians and business owners. And the ease of renting a bike – available to anyone with a smartphone and bank account – has led to their use by children, and, unfortunately, several fatal accidents.

Need for government regulation and planning

Those problems all point to the need for government regulation and planning when dockless bike companies enter the Latin American market. That could include bidding processes for licenses to ensure firms have a viable business model; designated parking spots for dockless bikes around major metro and bus stations; and a requirement that bike users submit their national identification to prevent use by children.

At the same time, bike companies could supply governments with valuable data. App-derived information on the most travelled places, for example, could give city planners a sense of where to create parks, shopping centers and other key elements of urban life.

Dockless bikes, it seems, are coming to Latin America, with all their promise. They offer potential solutions to the world’s most urbanized region as its cities swell with an additional 100 million inhabitants over the next 20 years and car use increasingly rises to unsustainable levels. They provide incentives for better exercise, less dependence on private automobiles, and more use of public transport. The challenge will be fine-tuning the Chinese model to the needs of each country in the region. That can be done. It just needs to be done well in advance, before a potentially chaotic boom in bike use finds city governments struggling to dig their way out.