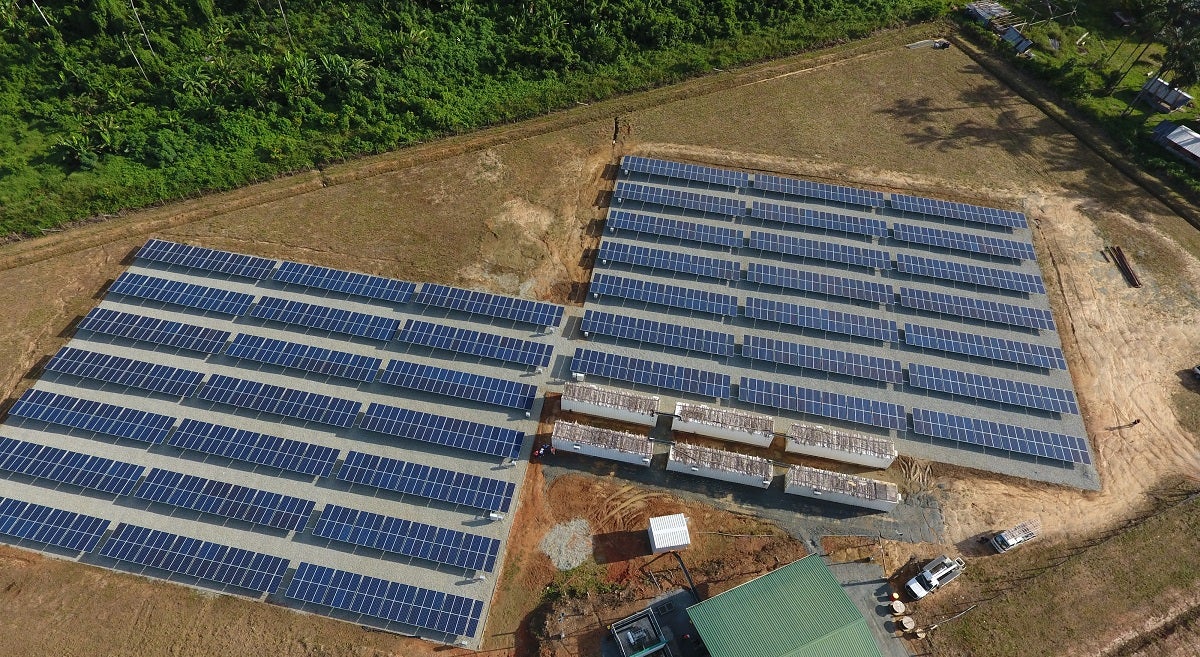 Suriname is advancing toward a more sustainable energy sector, aiming to provide affordable, secure, and clean electricity to its citizens. The Inter-American Development Bank (IDB) has been a key partner, providing technical and financial support to implement some of the country’s most relevant and iconic projects.

On February 8th, 2020, the IDB and the Ministry of Finance and Planning of Suriname signed a new loan agreement for an amount of US$ 30 M. The program will consolidate some of the activities and work implemented in the last years, to strengthen the institutional and regulatory framework, digitalize and modernize the electric grid, upgrade critical infrastructure, diversify the energy matrix and increase energy access in rural areas.

In 2016 the IDB supported the elaboration of the first Electricity Act in Suriname, which establishes a solid ground for the future development of renewable energy (RE) sources. One of the most important provisions included in the law is the establishment of the Energy Authority of Suriname (EAS), or the energy regulator, which among others, has the legal responsibility of preparing the expansion plan for the generation and supervising its implementation. The law also establishes that the incorporation of new large scale renewable energy projects shall be done utilizing public energy auctions, which has been a very effective mechanism for the fast deployment of RE in the region.

The new operation will provide financial support to the EAS to prepare the expansion plan for the coming years and support the design and implementation of the first public energy auction.

The Electricity Act also establishes the possibility for customers to generate their own energy using the grid to exchange electricity (net metering), which is a very favorable regulation for the deployment of solar systems integrated into the buildings. With a new technical cooperation, the IDB will support Suriname in establishing a proper ecosystem for the deployment of these projects, with the collaboration of the public and private sectors.

Consolidating the digitalization of the grid

The IDB has financed the design and implementation of the new control room to operate the network, a centralized SCADA system and an Energy Management System (EMS), as well as an integrated platform based on Information and Communication Technologies (ICT), which includes a Geographic Integration System (GIS), an Enterprise Resource Planning System (ERP) and an Outage Management System (OMS).

The GIS is the base of integration of all these digital platforms, including the SCADA system, since it allows to collect, visualize, manipulate, analyze, and distribute the information in a centralized and efficient way.

The new operation will finance the implementation of a Distribution Management System (DMS) to improve the management of the distribution network and distributed generation, which will be integrated with the other digital platforms.

Through the implementation of all these technologies, the electric company will consolidate its transition to a digital and intelligent utility, operating its power system in a more sustainably and efficiently way, improving the security and quality of the service, reducing the cost of the electricity, and facilitating the future integration of variable renewable energy sources.

The EBS is collaborating with several International Financial Institutions to upgrade some of the network’s critical transmission and distribution infrastructures. The IDB financed the upgrade of five substations and the construction of two new substations (Powakka and Boma) in the EPAR system, the main grid in the country, which provides electricity to Paramaribo and the surrounding area. Thanks to these projects, the quality of service has improved significantly, reducing the frequency of interruption (SAIFI) by around 65% and the duration (SAIDI) of these by approximately 75%, in the last decade.

The new energy operation will finance a 33 kV transmission line connecting the new substation Powaka with the airport, in order to create a redundancy in the southern part of the EPAR system and improve the reliability of the supply in the area. The loan will also finance the upgrade of the distribution infrastructure in the rural district of Commewijne, located at the east of Paramaribo.

As established in the Policy Development Plan 2017-2021, one of the main objectives of the Government of Suriname (GoS) is to provide clean and reliable electricity to all the villages located in the interior of the country (Hinterland). Most of these villages currently have a diesel generator, in the best cases providing electricity only for 4 to 6 hours, which hampers the economic development and welfare of its inhabitants. Currently, they are not charged the electricity, representing an important expenditure to the country.

The IDB also financed the first solar mini grid in Suriname to provide 24/7 electricity to the isolated villages of Pokigron and Atjoni. This project has been replicated in other villages in the Hinterland, some of them with the support of the IDB, as a solar mini grid in Godo Olo, and ten solar mini grids in the Upper Suriname river, partially financed with the new operation.

The Electricity Act 2016 establishes an adequate regulatory framework for the deployment of renewable energy sources. Solar and wind energy are interesting options for Suriname to make the matrix cleaner, increase energy security, and reduce the cost of supply. The IDB supports the elaboration of a wind atlas for the coastal area, which will assess the feasibility of using wind energy in Suriname.

The new operation will finance two solar mini grids interconnected to the distribution network in Brownsweg (500 kW) and in Alliance (200 kW), including an energy storage system. The purpose of these mini grids is to improve the quality of supply in these areas, to meet the growing energy demand, defer future investment in the distribution and transmission infrastructure, reduce the losses in the transport of the electricity and reduce the use of fossil fuels in the main thermal power plants.

The IDB will also analyze the feasibility of implementing a floating solar plant in the Brokopondo lake, integrated with the existing Afobaka hydroelectric plant. This is an innovative technology with a huge potential in Suriname and in the region, allowing to introduce of solar energy without competing with other land uses.

The new energy operation will continue with some of the activities and work that the IDB is performing in Suriname in the areas of institutional and regulatory reform, digitalization, sustainable infrastructure, energy access and renewable energies. We expect Suriname to consolidate its transition to a more reliable, affordable, and environmentally sustainable electricity sector with this operation.