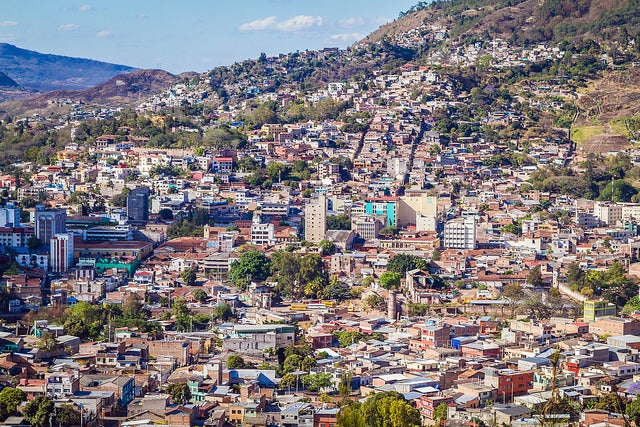 The residential sector in Latin America and the Caribbean is experiencing a marked transition to modern energy consumption. Between 1971 and 2013, residential electricity and gas consumption has more than tripled, which is a trend that is strongly associated with economic growth in the region. This association presents significant challenges regarding how to sustainably meet future energy demand that results from the improved economic conditions of all households in the region.

In order to contribute to understanding the evolving energy consumption at different stages of economic development, a recent IDB study examines the composition and sensitivity of residential energy consumption to changes in per capita income in a sample of 104 countries. By focusing on the residential sector, this analysis includes fuels used in the home, excluding fuel used for private transport. The results indicate that the income elasticity of modern energy use takes the form of an inverted U along the global distribution of earnings. That is, increases in income translate into more than proportional increases in the consumption of electricity and gas. However, this happens at a higher level of income, from which the elasticity is gradually reduced. Even at higher levels of per capita income, negative elasticities are observed, suggesting the presence of net energy savings.

Residential Energy Consumption in the Global Distribution of Income

The fact that income elasticity is not constant throughout the stages of economic development has important implications for public policy design. While there is a strong positive association between modern energy consumption and per capita income, it is expected that – in the residential sector – net efficiency gains will be shown to reduce energy consumption. These considerations may have important effects on energy demand projections and associated investment needs. Appropriate energy efficiency measures can contribute significantly to reduce future investment requirements, and in turn, to put the region on a path of more sustainable energy consumption. This calls for the need to distinguish policies that accelerate technological improvements to close the energy efficiency gap in relation to developed countries.

It is noteworthy that, despite the observed transition to modern energy sources, Latin America and the Caribbean still faces the challenge of providing universal access to clean and affordable energy. In this region the use of biomass, liquid fossil fuels and coal is still considerable. On average, 45% of  per capita residential energy use corresponds to such fuels. Moreover, in low-income countries, their share reaches 80% of per capita energy consumption. For these reasons, the goals of efficiency, equity and sustainability in the energy sector are complementary and are priorities on the agenda with our customers. In order to support this agenda, in a forthcoming publication we will examine consumption and household spending on energy, including transport fuels.