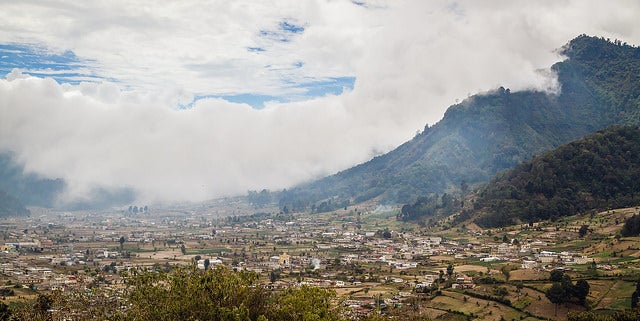 Access to electricity is an important component in modern life, which is why achieving universal access is one of the goals that has had the most international support. However, the effectiveness of different electrification programs has been varied, and for example, in 2013 about 1.2 million people worldwide lacked basic infrastructure due to the low rate of electrification. According to World Development Indicators, in 2012 Latin America and the Caribbean had about 22 million people without access to electricity. Taking national surveys from 16 countries in the region, the study “Rural Electricity Access Penalty in Latin America: Income and Location” analyzes three factors determining access to electricity – household income, geographic location, and income level per capita.

Household Income and Location as Determining Factors in the Electrification Process

Household income influences access to electricity. For example, high-income households can afford connection costs and they have higher levels of electricity demand due to the number of electrical appliances they possess. This makes them more attractive customers to electricity distribution companies. Sometimes the geographical location of rural communities represents a technical challenge to providing an extension of traditional electricity services at a reasonable cost. In addition to this, rural areas with a scattered low population density have low demand which results in high costs for transmission and distribution companies. It also creates few incentives for rural electrification.

A country by country analysis shows that the electrification lag reflecting low-power coverage is focused on lower income families in rural areas. This pattern is shown in Figure 1. With respect to urban areas, access to electricity seems to be uniform in countries with high and average incomes, regardless of household income level. This indicates that the gap in electrification continues to remain among the most vulnerable groups and low-income countries.

Figure 1. Percentage of households with electricity coverage according to their area and income level

Source: Prepared based on national surveys at household level. Note: The horizontal axis measures the percentage of households with electricity coverage starting from 50%

Low Rural Access to Electricity: The Penalty of Living in a Low Income Country

Figure 1 also indicates that the state of economic development in a country appears to determine the probability that a household has electricity access. That is, given similar levels of household income and taking into account geographical characteristics, a family in a poor country faces a lower probability of having electricity (see Figure 2). Access to electricity alone does not provide utility – its use for productive activities effectively promotes endogenous growth and raise welfare rates, which is why the problem of access to electricity can be framed as a penalty to economic development.

Source: Author’s elaboration based on survey data at the household level. Note: The country income group classification is defined according to the per capita national income.

Our results indicate that the interaction of household income and location multiply the difficulties in providing electricity, so they become significant barriers to access. This situation mainly affects low-income households in poor countries and highlights the need for electrification programs that promote inclusive economic growth and social welfare.