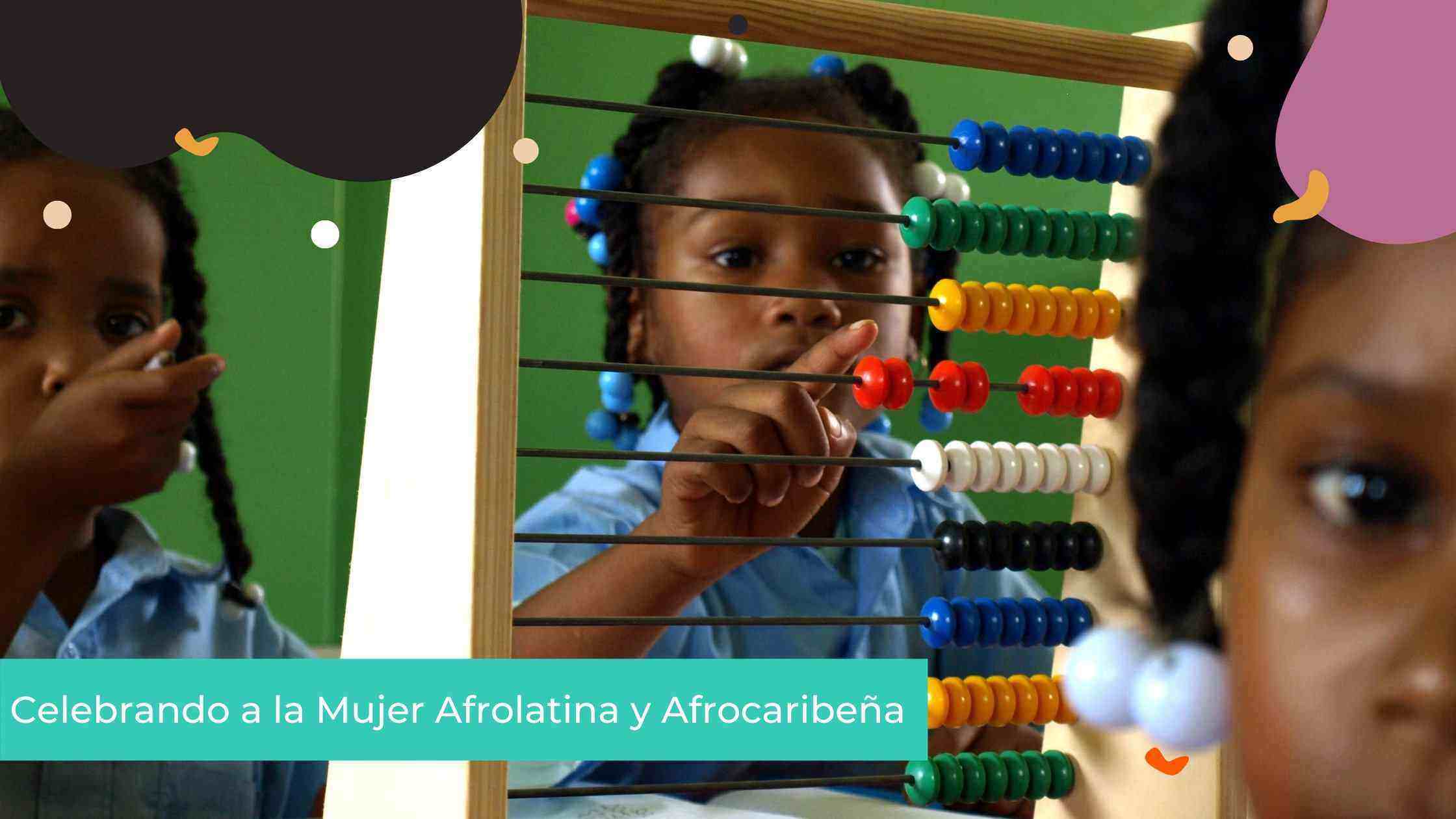 Images are powerful, even mental images. If you cannot imagine yourself doing something, the odds that you will do it drops. International research that asks students to draw mathematicians and scientists, reveal that both boys and girls tend to picture them as male and white.

If girls cannot picture themselves in mathematics and science, it is not surprising that they are entering Science, Technology, Engineering and Mathematics (STEM) careers and professions at dramatically lower rates than their male peers throughout Latin America and the Caribbean (LAC). Although no LAC data is available on women and girls of color in STEM, international data suggests that they likely are even more severely underrepresented than their white females peers.

To promote a diverse image of who can be a scientist and mathematician, the IDB partnered with the Colombian Institute of Family Wellbeing (ICBF), the Carvajal Foundation, Sesame Workshop and Innovation for Poverty Action (IPA). Since gender STEM stereotypes start early, we designed and tested a gender and racial sensitization approach among 5,629 preschoolers in Cali, Colombia. The approach, called Pequeñas Aventureras, trains educators in the use of multi-media to foster girls’ engagement, enjoyment and sense of belonging in mathematics and science.

The transmission of stereotypes is already apparent in the parents’ preferences for toys for their kids. Although preschool girls like STEM and STEM-toys just as much as boys do, parents of girls prefer non-STEM toys. Parents of white boys have the strongest preference for getting their child STEM-toys, and at the other end of the spectrum parents of Afro-descendent girls have the lowest preference (a 23-percentage point difference). Not surprisingly, the Afro-descendent girls in our study believe that STEM-toys are for boys.

Initial findings from Pequeñas Aventureras indicate that the approach decreases gender and racial STEM-stereotypes of educators as well as preschoolers. Stay tuned as we will soon publish detailed findings from the experimental evaluation. Meanwhile, this International Afro-Latina, Afro-Caribbean, and African Diaspora Women’s Day, we invite you to reflect on what you can do to combat stereotypes about afro-descendent women and girls not belonging in STEM, and help fight the power of those longstanding biased images.

How do we as parents and educators integrate STEM into the play of the afro-descendent girls in our lives until they are old enough to choose their own interests? How can we as education policy makers help girls of color embrace STEM? Tell us in the comments section or on Twitter through @BIDeducacion #EnfoqueEducacion.

Juan Manuel Hernández-Agramonte is Regional Director for Paraguay, Peru and Bolivia at Innovation for Poverty Action (IPA). He conducts policy outreach, project development, evaluation supervision and office management. Before working for IPA, he was a Policy Manager for J-PAL, where he worked on developing government initiatives to incorporate evidence into policy decisions. One of the main projects he led was the creation of the Ministry of Education of Peru’s Education Lab (EduLAB, now known as MineduLAB) for which he was the coordinator. He has also worked as a Research Coordinator for IPA in Honduras, Peru and Paraguay and in UNICEF, IOM and ILO. He holds an MSc in International Development Studies from the University of Amsterdam and a BA in Sociology from Universidad Complutense de Madrid.