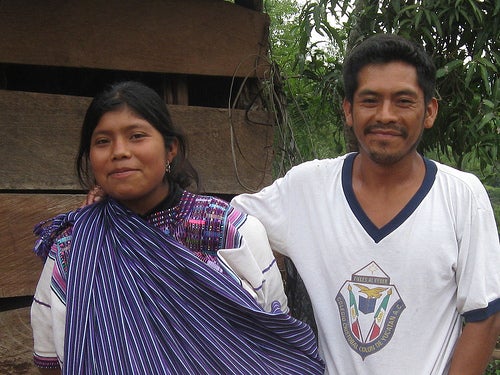 On Tuesday, I wrote about the results of several Jamaican studies that were presented in London last week at the “Promises for Preschoolers: Early Childhood Development and Human Capital Accumulation” conference. Now, I want to tell you about some of the other research that was presented, with a focus on projects related to Latin America.

It was very enlightening to compare the results of two recent studies in Colombia and Nicaragua that assessed the impacts of home visits. The Colombian study, presented by Marta Rubio-Codina (and coauthored with Emla Fitzsimons, Sally Grantham-McGregor, Orazio Attanasio, and Costas Meghir), accompanied a group of children ages 12-24 months and their mothers for 18 months. The study used weekly home visits to teach mothers to engage and interact better with their children (we’ve discussed this study in a previous post). It was carried out in 96 semi-urban communities (each with 5,000 – 50,000 inhabitants). The results showed that home visits had a positive impact in several areas of child development, and the greatest results were observed in children who were over 18 months old at the start of the intervention. There was also a larger impact for children whose mothers had lower educational levels. The researchers stated that the mechanism behind these results appreared to be the parents’ increased involvement with their children. This was reflected in an improved home environment, and having more resources and materials for play.

The Nicaraguan study was presented by Karen Macours (her co-authors are Patrick Premand, Norbert Schady and Renos Vakis). The intervention was implemented in a rural area with high levels of extreme poverty, where drought is a frequent occurrence and the local economy depends heavily on agriculture. The study followed households with children ages 0-6, using bi-weekly home visits. The study was designed to investigate whether there was a differential effect when fathers (in addition to mothers) were included in the visits. The visits sought to improve parents´ knowledge on child development and to teach them skills in early stimulation. The intervention also provided a package of toys and materials to each participating household for the children to use at home, and held occasional community meetings to address relevant topics. After providing an average of 9-10 home visits per family, 2 community meetings, and a package of toys, researchers observed positive impacts on motor, cognitive and social development and behavior. Interestingly, the effects seemed driven by the intevention´s impact on  boys children who benefitted from increased interaction with their fathers. Moreover, the authors suggest that the intervention changed certain attitudes held by fathers and mothers about child development, gender roles during play, and built skills on positive ways to discipline their children. They also note that the adults were more involved with their children and prepared more nutritious food for their families after the intervention.

There were also two very interesting presentations on studies that are starting on the topic of attitudes and beliefs about child development. Emanuela Galasso presented a preview of the Chilean “Nadie es Perfecto” (No one is perfect) study (on which she is collaborating with Italo López and Pedro Carneiro). Their research seeks to raise parents’ awareness about: (a) the effects of their own actions on their children, and (b) how their beliefs about their ability as parents affect their children. The researchers will identify at-risk families via the health system and offer them a series of 6-8 group sessions addressing those topics using a well-structured curriculum.

Flavio Cunha presented the second study, which seeks to understand how mothers’ beliefs and perceptions about appropriate milestones of child development affect their efforts and involvmenet with their children.  The hypothesis of this study, which is supported by original, empirical evidence collected by Cunha and coauthors Jennifer Culhane and Irma Elo, is that many mothers are misinformed about developmental milestones, and that many expect their children to take longer to achieve certain milestones than they do in reality. The authors argue that providing better and more accurate information to disadvantaged mothers about when their children should be expected to reach developmental milestones, would encourage those mothers to invest more time and effort in helping their children grow and develop.