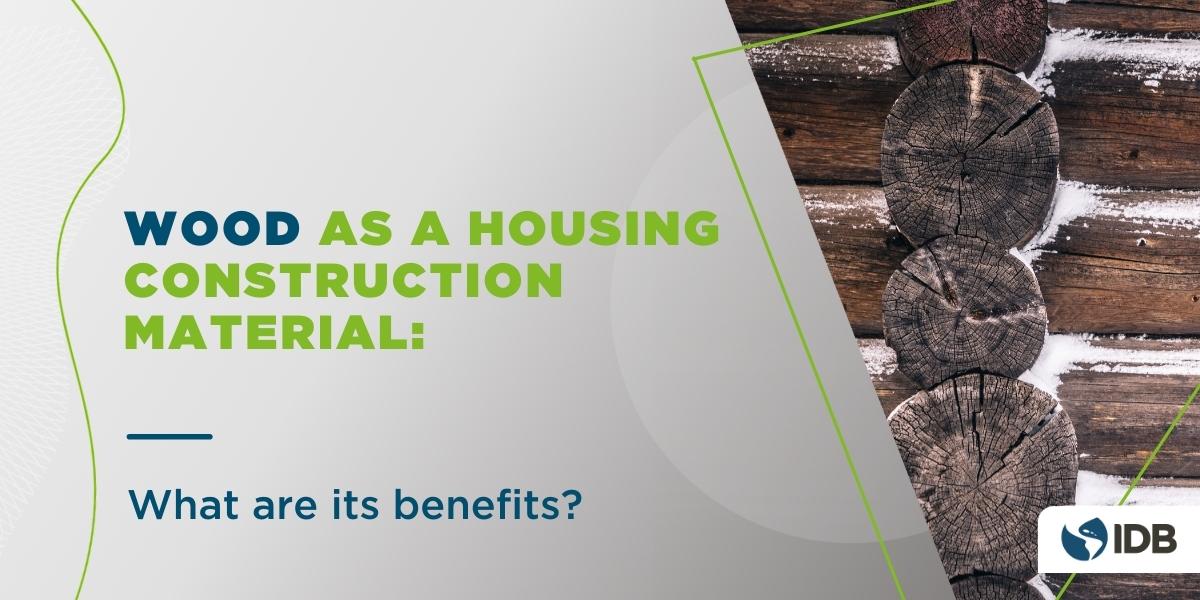 Wood has been one of the most used building materials since the beginning of history. Although the use of steel, concrete or iron has brought significant advances to construction, wood has never lost its popularity. In fact, the number of wooden buildings around the world may surprise many readers. Did you know that countries such as Japan, Scotland or the United States are leaders in wood construction? Indeed, the proportion of new housing construction, both in whole and in part, can exceed 60% in Japan, 70% in Scotland, and 85% in the United States.

Despite of this popularity in other parts of the world, in Latin America and the Caribbean it is common to associate the construction of wooden houses with projects of low quality, low budget or small size. This stereotype is not correct. In recent decades, the wood industry has evolved thanks to the development of new technologies that allows the general use of this material in construction. For example, between 2008 and 2020, more than 50 wooden buildings with heights between 7 and 24 stories were built around the world. That’s more than 70 meters high!

Today we start a series of two blog posts in which some of the factors that have positioned wood as the optimal construction material of the 21st century are exposed. Its use will undoubtedly bring many benefits for the development of the region.

Why is wood the best material for housing construction in the 21st century?

In short, for its productivity and impact on the environment.

According to data from the United Nations (UN), the world population is expected to grow by 25% in the next 30 years, going from 7.7 billion people in 2020 to 9.7 billion in 2050. This translates into an increase in demand for resources, especially housing. In this sense, the World Bank estimates that, by 2030, the housing deficit will reach 240 million housing units. How countries deal with this deficit will be critical to ensuring global sustainable development.

According to a 2022 study, there are six sectors that could cut global emissions by at least half by 2030; construction is one of them. The manufacture of houses with low carbon footprint materials is part of the solution to this problem and wood could be one of the options used.

Wood construction has multiple benefits in environmental terms. Among them, we will dress some of the most relevant:

In short, processed wood construction not only adds value by serving as an active absorbent of CO2, but also significantly reduces emissions linked to the industrial construction process. In addition, in this process costs and possible emissions are reduced because it is more efficient in terms of energy consumption.

Which technical benefits does wood provide in construction?

In addition to the aforementioned advantages, there are also reasons why wood is a first-class construction element:

In the next blog we will address the situation of this sector in Uruguay. The Inter-American Development Bank (IDB) has developed a participatory process with all the actors involved in the sector in this country. This initiative will allow the implementation of a roadmap of prioritized and governed actions with multisectoral and multilevel actors to overcome the barriers that have not made the development of this sector possible.

Although the forestry industry is highly relevant in Uruguay, where it contributes 4% of the national GDP (USD 2.1 billion), the wood housing construction sector is in its infancy. For this reason, and given that the restrictions Uruguay faces are probably similar to those of other Latin American and Caribbean countries, it will serve as an example to illustrate the situation in our region in the next blog.

Meanwhile, we invite you to write your opinion in the comments section, and of course, do not hesitate to share this blog on your social networks!

If you enjoyed this blog, sign up here to receive our monthly newsletter with all the blogs, news, and events from the IDB’s Housing and Urban Development Division

Daniel Peciña-Lopez is a specialist in international affairs, development and communication. He has more than 9 years of professional experience in diplomatic delegations, and international organizations in cities like Washington DC, New York, Chicago, Madrid, Mexico City and Hong Kong, among others. Daniel is Master of International Affairs from Columbia University, Master of Science from the University of Oxford Brookes and Licenciado from Universidad Complutense de Madrid. He currently works as a consultant managing the knowledge and strategic communication of the Housing and Urban Development Division, belonging to the Climate Change and Sustainable Development Sector of the Inter-American Development Bank.